Since Russia’s invasion of Ukraine, U.S. natural gas futures have gained about 86% so far this year as higher global prices keep demand for U.S. LNG exports near record highs.

Still, a recent pledge by President Joe Biden to boost U.S. LNG supplies to Europe doesn’t necessarily mean producers in the United States will be able to boost natural gas production any time soon thanks in part to several constraints.

Karen Kearby, director of energy trading at AEGIS Hedging Solutions, recently joined Hart Energy to discuss what the biggest hurdle facing the U.S. energy industry is in meeting the growing LNG demand to Europe plus how U.S. producers can navigate the current market volatility.

“Joe Biden has asked producers to produce as much as they can and the question is can they and will they,” Kearby said. “The short answer is yes, they will, but they will not be producing as much they could in years past.”

As Kearby explains, public producers, which account for two-thirds of U.S. producers, have been practicing capital discipline instead of drilling for the past several years.

“What that has done is put us behind as far as DUCs are at historical lows, we’re having labor issues,” she added.

Kearby is an honoree of Hart Energy’s Oil and Gas Investor Influential Women in Energy program and will be recognized at the 5th Annual Influential Women in Energy luncheon and networking event on Friday, April 29 at the Marriott Marquis hotel in Houston. For more information on the luncheon and these extraordinary women visit HartEnergyConferences.com/Women-in-Energy. 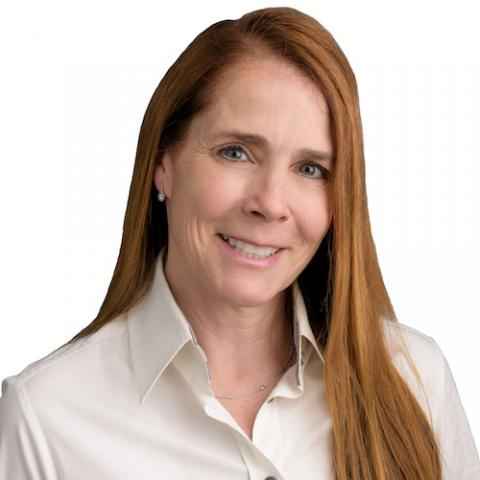 Karen Kearby joined AEGIS in 2016 and has been a critical part of building the firm's hedge strategy and execution capabilities. Kearby has spent the past 20-plus years in the energy and finance industry across all aspects of energy trading and risk management.

Before joining AEGIS, she served as a financial trader at Pacific Summit. In her role, she created market-maker functions for traders and customers and managed aggregate hydrocarbon risk associated with long-term power deals. Previous to this role, she served as vice president at BNP Paribas in Houston on the financial desk. She managed dynamic term energy portfolios and mitigated risk for client hedging activities with varied terms, shapes and risk profiles. Before BNP, Kearby worked at Engage/Coastal Energy, managing the Midcontinent physical desk using the necessary derivatives to mitigate risk and identify daily and monthly arbitrage opportunities.

2022-04-27 - Gazprom said in a statement it had “completely suspended gas supplies to Bulgargaz and PGNiG due to absence of payments in roubles,” referring to the Polish and Bulgarian gas companies.

2022-05-03 - The European Commission is expected to propose a sixth package of EU sanctions this week against Russia over its Feb. 24 invasion of Ukraine, including a possible embargo on buying Russian oil.