Inspired by nonfiction books about the work of Navy SEALS, Justin Bliffen joined the navy and became a commander serving in Iraq and in the Persian Gulf. Drawn to the military by “a calling to serve” and “a love of country,” he finished his service with a newfound approach of leadership that he carried with him into his oil and gas career.

After graduating from the U.S. Naval Academy with a bachelor of science in systems engineering and serving as a naval officer, Bliffen attended the Wharton School, where he received a master of business administration in finance. Since then, he served as CFO of Triangle Petroleum Corp. and as vice president at Goldman Sachs before his instrumental role in the formation and development of Brigade Energy Services into the largest privately held workover company in the U.S.

As CEO and founder of Brigade Energy Services, Bliffen currently lives in Denver with his wife, Brittany, and their two young children, James and Emerson.

“A calling to serve, a love of country, a need for discipline, a longing for adventure, a want for an excellent, ‘free’ engineering education (at USNA) and the desire to be a Frogman inspired me to join the navy. I read Dick Marcinko's Rogue Warrior (and many other SEAL nonfictions) when I was a teenager, and that ‘planted a seed.’”

“Boarding tankers in the Persian Gulf in 2000 searching for illegally smuggled Iraqi oil [and] invading Iraq in Spring 2003 with SEAL Team FIVE, and the First Marine Division [were pivotal experiences]. In Iraq 2003, serving as Assistant Platoon Commander, and being able to shape new tactics real-time, we had a high operational tempo in chasing the highest Sadaam Hussein-regime leaders (‘Deck of Cards’ leaders) and other bad guys on an almost nightly basis. Serving as Agent in Charge of Security of a multinational, Joint Force conducting Personal Security Detail for the Prime Minister of Iraq in 2005 (Dr. Ibrahim al Jafaari) in 2005. And too many others…”

“I’ve been helping the Navy SEAL Foundation [a nonprofit organization] raise money in various capacities for about 10+ years. This last year, I had the honor of serving as a Foundation Denver Evening of Tribute co-chair, where we raised a record sum (about $1.3 million) for this important veteran charity. I’ve also played an active role in communicating with transitioning veterans for about 15 years. At Brigade, we have had various veteran recruiting initiatives and partnerships. Other than that, I probably communicate with ex-teammates and classmates, some still on a weekly basis.”

“I believe that veterans and veteran experiences are not all the same. They are a cross-section of our country from every socio-economic, religious and ethnic cross-section – a true melting pot. And all branches, occupational specialties, deployments, missions are not the same, even for the same units over different years. However, I do believe that regardless of these factors, all veterans were part of a highly sophisticated, refined and capable system that is able to instill some common and valuable (for any industry) attributes in most members, including the importance of attention to detail, discipline, overcoming adversity, calm under pressure, teamwork and accountability.

"Specific to oil and gas, many military occupational specialties have rigorous technical proficiencies that are often related to the safety and performance of men and equipment in a hazardous environment. Many service members spend considerable time in the elements and are often problem solving when things do not go according to plan. In addition to the hard skills, the more valuable soft skills involving leadership were likely more valuable. I personally find that I leverage my veteran experience daily. As both a junior SWO and SEAL officer, I had positional authority but not knowledge authority and thus had to drive results via building consensus and leading well. That theme has repeated itself throughout my non-military career.

"Lastly, perhaps more of a perspective than trait, three of my four international deployments were to the Middle East. I believe many modern veterans have a unique tie to the oil and gas industry, whether they recognize it or not. In my opinion, our lack of a coherent energy policy has driven our foreign policy, and thus member service, for many decades. I and many veterans are very passionate about reducing our reliance on foreign barrels of oil. Perhaps it is better to send young men and women to the oilfield versus the battlefield to provide the energy and ultimately fuels necessary to support our entire way of life.”

“The entirety of my approach to leadership is driven from my time in service, and more specifically the U.S. Navy. From 18-30 years old, I was essentially a practicing leadership student with increasing levels of service responsibility (Squads of Midshipmen, to Divisions of Sailors, to Platoons and teams of SEALs). I think that people often believe that in the military, leaders barks orders and everyone snaps to it – not at all true. Just like in industry, one must lead by example, practice servant leadership, inspire trust and confidence by being a person of integrity, working hard, having empathy, taking good care of your people, making appropriate risk decisions, practicing strong communication skills and ultimately building consensus in others, especially if trying to carry out a tough mission in a tough sector and when beset by tough times (i.e. well servicing over the last few years).

"Relatedly, regarding employee development at Brigade, though still a work in progress, we have worked hard at and made great progress in uniquely designing and building well servicing doctrine and competency management to replicate a military-esque model. To us, there are many similarities between some areas of military service and oilfield service, and thus we are trying to replicate a proven and successful model of managing high hazard operations." 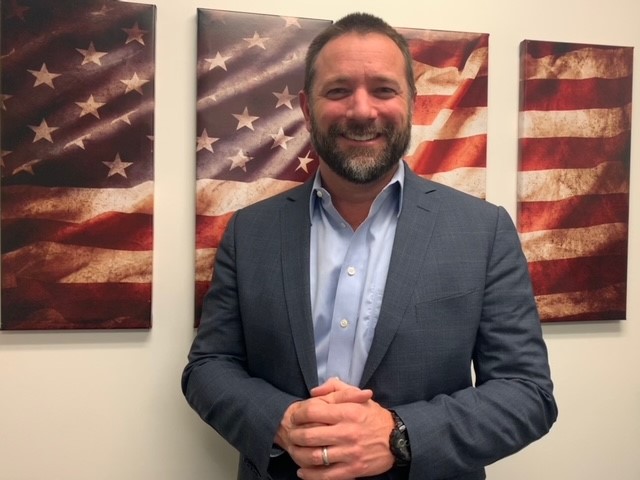