According to Brendan Gilbert, fear “heightens the senses and sharpens focus.” A former army paratrooper, one of Gilbert’s instructors at the Army Airborne School taught him this valuable lesson about fear, which he still applies to his career and his daily life.

Gilbert earned his undergraduate degree from George Washington University before getting his law degree from Syracuse University College of Law. In the army, he served six years of active duty with assignments in the 82nd Airborne Division, Afghanistan, Guantanamo Bay and the Pentagon. After leaving the service, he served at the CIA as an assistant general counsel. He then transitioned to the civilian sector, moved to Houston and joined the energy industry, where he held several different roles within Schlumberger before joining Solaris Oilfield Infrastructure, where he is responsible for field operations, customer experience and improvement of service quality.

Serving as senior vice president of service and quality at Solaris Oilfield Infrastructure, Gilbert lives in Houston with his wife, Jenna Jackson, and his twin stepsons, Parker and Rees. 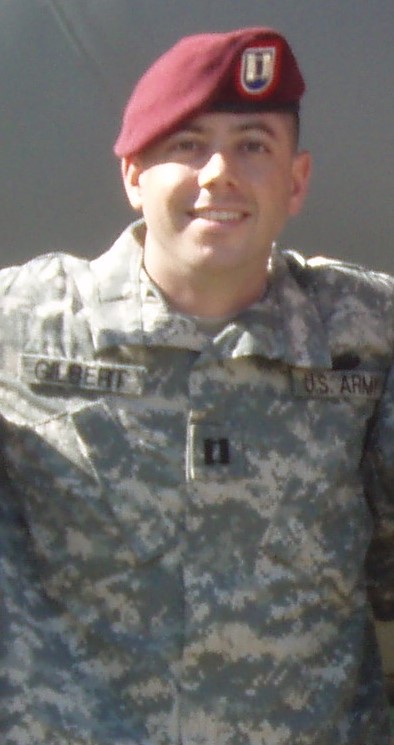 “9/11 occurred while I was in law school. I felt compelled to serve my country in some meaningful way to defend our freedom, protect our way of life and honor the fallen. I completed my law degree passed the bar, then commissioned in the U.S. Army JAG Corps.”

“While I was a young captain, I went to Airborne School at Fort Benning. I was about to make my fifth jump (the last jump required to graduate Airborne School). Standing at the open door of the C-130, I thought to myself, ‘Why the heck am I choosing to jump out of a perfectly good airplane?’ I asked the Jumpmaster, who had over 65 successful jumps, if he ever stopped getting scared jumping out of a plane. He replied that the day he stops being afraid is the day he will stop jumping.

"Fear, he said, heightens the senses and sharpens his focus. A lesson I have since applied to many things in life. We should all recognize that fear is a normal emotion and learning to channel it into positive energy can be self-empowering.”

Getting back to work

“I have focused my efforts on helping those who transition from active duty to civilian careers. At Solaris, we proudly employ veterans, participate in U.S. military job fairs and continue to recruit qualified veterans. We participated in and continue to support Texas Workforce Commission’s ‘Red, White & YOU’ annual job fair for veterans and their transitioning military families. In addition, Solaris will be participating in the upcoming Fort Hood, TX, job fair in 2022.”

More than a paycheck

“Those who have served in the military – including their spouses and children – have a selfless sense of service that is hard to put into words. No task is too big or too small for someone who has dedicated their life to serving others and protecting our freedom here. Veterans have a deep appreciation of how teams work and are personally motivated by a purpose that transcends everyday material needs. Said differently, they are driven by more than just a paycheck.

"The energy industry is one of our country’s critical infrastructure sectors, whose assets, systems and networks are considered so vital that their incapacitation or destruction would have a debilitating effect on our national security and economy. Working in the energy industry, albeit different than serving in the military, can provide that sense of purpose that veterans often desire.”

“The experiences I had serving in the military generated more lessons than I could count as I sit here today. However, three things that come to mind from my time in the Army that have served me well throughout my life as a husband, step-father, brother, son, friend, and work colleague are:

2. If you love the process of trying to be great at something, you’re already winning; and

3. Tell your loved ones you love them as often as you can. You can never say it too much." 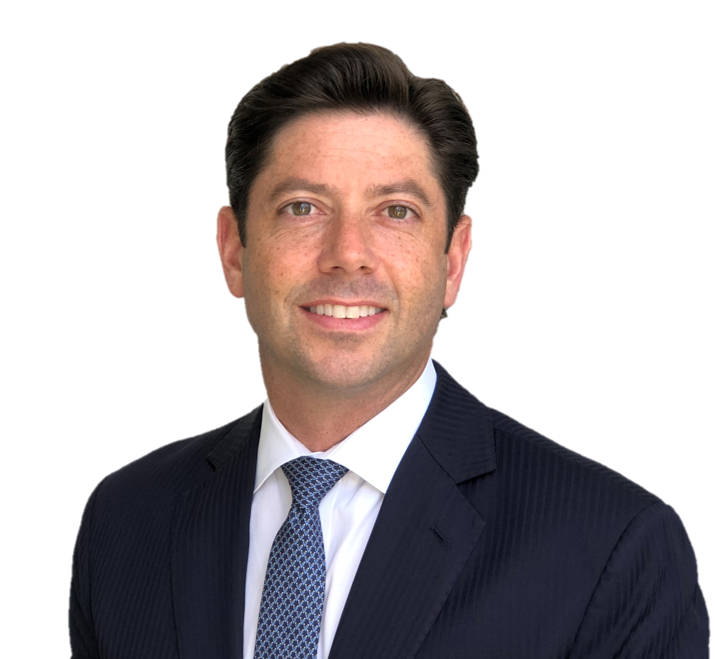