“This project demonstrates our leadership in energy transition through innovation in renewables,” Joe Gorder, Valero chairman and CEO, said. “We continue to expand our long-term competitive advantage with investments to produce lower carbon fuels.”

Navigator is expected to lead the construction and operations of the system and anticipates operations to begin late 2024. In the coming months, Navigator will seek additional commitments to utilize the remaining capacity via a binding open season process.

The CCS project seeks to provide biorefineries and other industrial participants a long-term, economic path to materially reduce their carbon footprint while maximizing the value of their end-product in a cost-effective manner that is safe for the environment.

“Now is the time for industry-leading market participants to join forces to complete an environmentally focused midstream project of this size and scale. Harnessing our collective resources and strengths will create a unique infrastructure project that changes the way carbon emissions are managed,” Matt Vining, Navigator’s CEO, said. 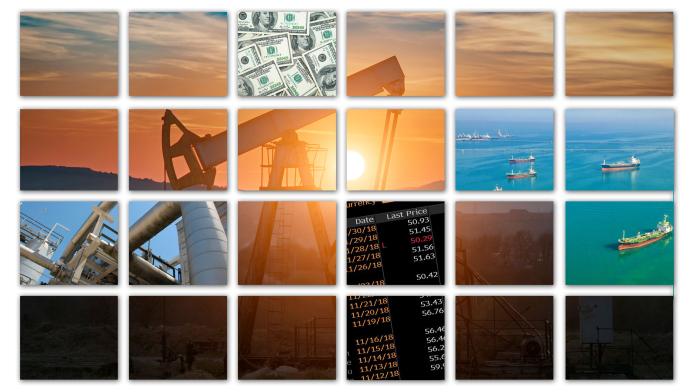 Expect plenty of capital, plenty of volatility, plenty of shifts in investor strategies—and plenty of unfolding stories to track as the new year progresses.

Husky Energy said the potential sale is being undertaken independent of the outcome of the Calgary, Alberta-based company's proposed acquisition of rival MEG Energy.