Siemens expects Siemens Energy to reach a market value of significantly more than 17 billion euros (US$19.98 billion) when it floats on the Frankfurt stock exchange next week, a source close to the company said.

The consensus forecasts for the value of the business, which makes gas and wind turbines, is 21 billion to 22 billion euros, said the source. Based on the number of Siemens Energy shares, that would result in a share price of 28.90-30.28 euros apiece.

The success of the spinoff can only be estimated after two or three months, with high price volatility expected after the company makes its stock market debut on Sept. 28, the person said.

Siemens Energy, which employs 91,000 people, makes products including combined cycle turbines, generators, transformers and compressors, and will also be involved in wind energy via its 67% stake in Siemens Gamesa Renewable Energy.

Siemens is selling off the business, which has been hit by a collapse in demand and changing energy policies, to focus on smart buildings, mobility and factory automation.

It is giving 55% of the shares in the unit to its shareholders at a ratio of one share for every share two Siemens share. Siemens' pension fund will get 9.9%, while Siemens AG will keep a direct stake of 35.1%.

Siemens will reduce its stake over the next 12 to 18 months after the listing, but is in no hurry to exit completely. The pension fund is also likely to offload its stake.

Siemens, whose products range from trains to industrial software, will keep a stake of around 25% in Siemens Energy, the person said, to allow a smooth transition and prevent interference from a third party.

Via a blocking minority, which usually refers to 25% plus one share, shareholders can prevent key corporate decisions at general meetings. Such a stake could be kept for a minimum of five years, the source said. (US$1 = 0.8511 euros)

E&P Plus As I See It: Why It’s Time to Speak Up

The oil and gas industry can’t allow its narrative to be owned and told by others. 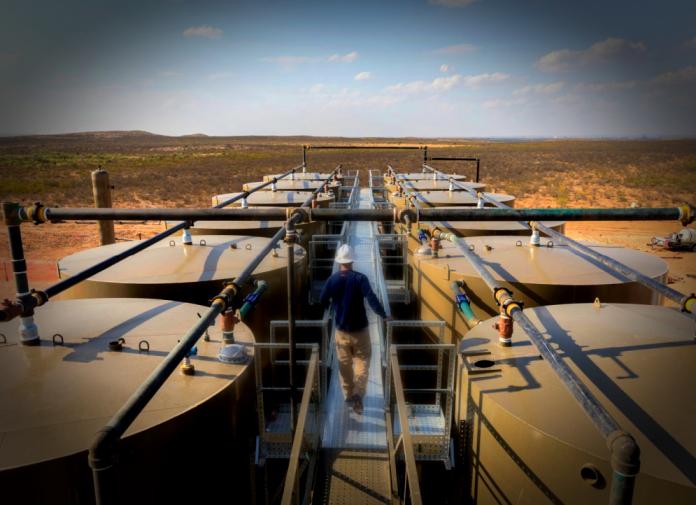 Marathon Oil has laid off around 100 U.S. employees, or about 5% of its total workforce, a spokeswoman for the Houston-based oil and gas producer said Feb. 11.

Marathon Oil CEO Lee Tillman says it is imperative that the company and the oil and gas industry address the “dual challenge of meeting the world’s growing energy demand while also responding to the risk of climate change.”