Nigeria signed a major gas expansion deal on Dec. 27, a much-needed collaboration with oil majors that Nigeria LNG said would boost its liquefied natural gas (LNG) output by more than 30%.

The agreement marks a moment of amity with international oil majors, even as a tax dispute and a new law increasing the government's take on deepwater oil production have irked some companies.

The new train is expected to boost output by 35% to 30 million tonnes per year, NLNG said in a statement, and will arrest a decline in Nigeria's LNG output. NLNG operates six LNG processing units, known as trains, on Bonny Island.

The train 7 project has been delayed for several years. A previous deadline for a final investment decision in the fourth quarter of 2018 was not met.
The west African country is rich in oil and gas but has been struggling to boost its output of both resources.

Its declining LNG production last year pushed it down to the world's fifth largest producer, with the United States taking its place at number four.

Total, Chevron Corp. and Exxon Mobil Corp. are trying to pare back some Nigerian assets as they focus on projects elsewhere, including U.S. shale. Shell has also sold onshore assets in the country and has discussed further divestment.

NNPC Group Managing Director Mele Kyari said Nigeria's President Muhammadu Buhari has directed NLNG to push forward to Train 12, and that they were on course to do so.

"It also signifies that there is renewed confidence over international investors, particularly our partners which we have known for a long time, to still agree to put money back into this country," Kyari said.

He added the project was expected to generate $20 billion in net revenue for the government and create some 10,000 direct jobs. 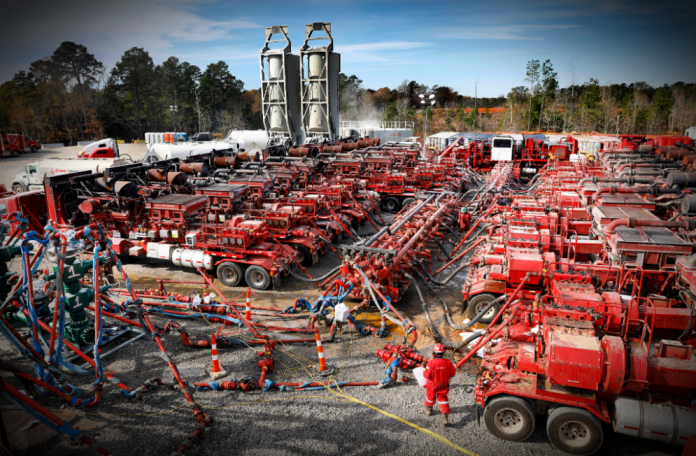 Schlumberger, Halliburton and Baker Hughes shift focus overseas and away from U.S. shale as domestic revenues dry up.