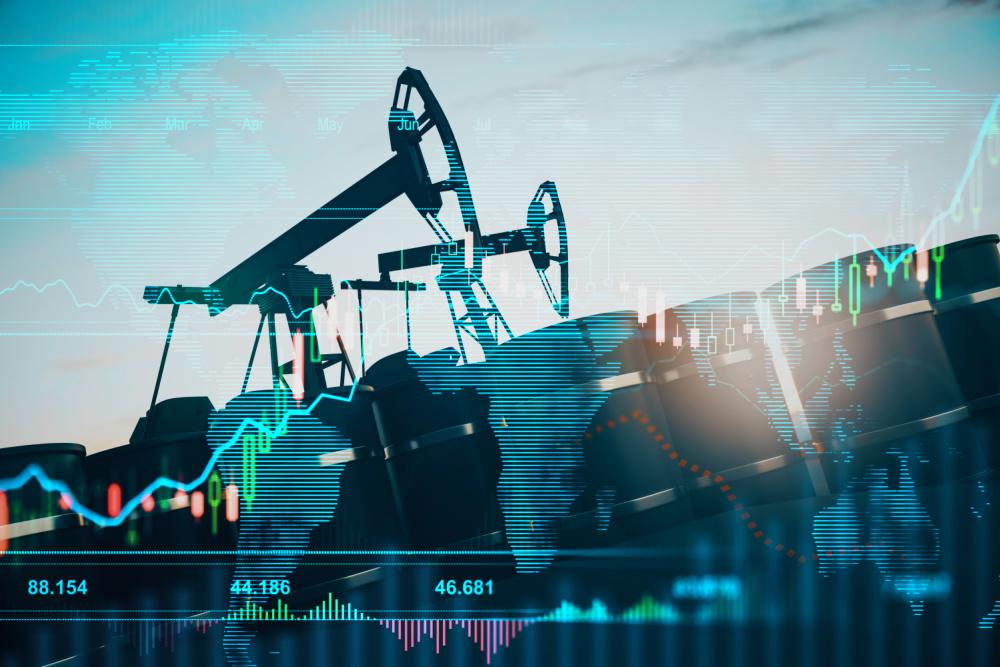 In our note for last week, we stated that with significant disruption to Russian exports of crude oil and refined products (which are in the order of 6.5 million bbl/d overall and around 3.0 million bbl/d just in terms of export to Europe) oil prices would spike well above $100/bbl. Additionally, the impact on prices would last longer than was the case with the first Gulf War and the second Gulf War. During those conflicts, oil prices spiked, but then fell back quickly once the market realized that sufficient oil would still be supplied. During the first Gulf War, which lasted from August 2, 1990 through February 28, 1991, the oil market had significant level of spare supply capacity. During the second Gulf War, Iraqi production was already being sanctioned, so there was little impact on oil supply. The current situation is much different because of the magnitude of the potential loss of supply and that the oil market is in a much tighter supply/demand situation. 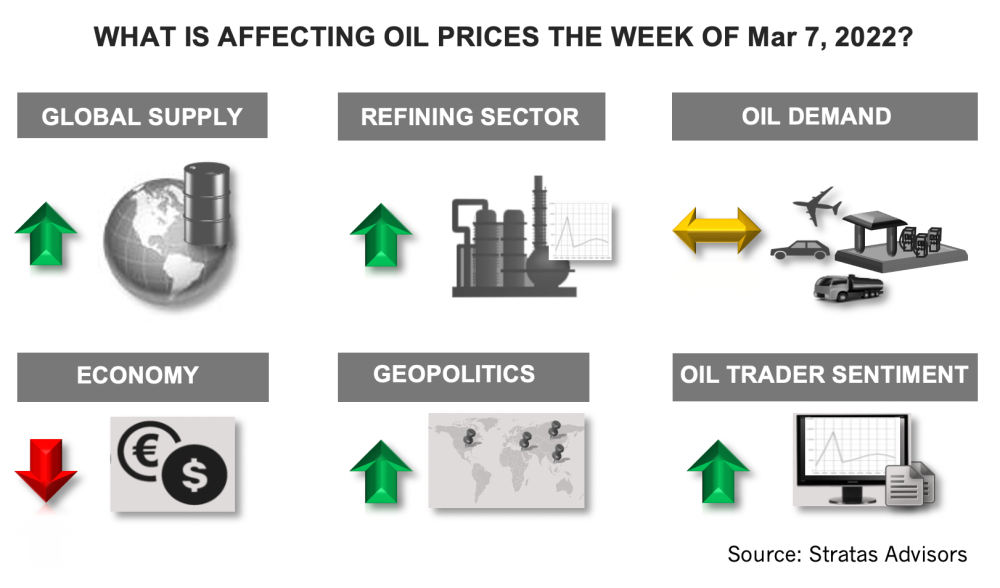 Currently, it is still not clear how the situation in Ukraine will play out. From the perspective of the U.S. and allies, it appears that the expectation is for a long-term situation with Russia bogged down in Ukraine and battling ongoing resistance. In such a scenario, sanctions are likely to remain in place with the extent of Russia’s exports depending on leakage around the sanctions and demand from counterparties that are not adhering to the sanctions—including China and India.

In the short-term, it will be very difficult—essentially impossible—to replace Russian oil exports. Over the weekend, it has been reported that senior officials from Biden Administration met with the government of Venezuela in an effort to push Venezuela away from Russia and China with the possibility of Venezuela being a source of oil exports. This is a major shift in U.S. policy with the U.S. previously not recognizing President Nicolas Maduro as being legitimate.

There are also ongoing talks with Iran and some indications that a deal, which would allow for Iran to increase oil exports is close at hand. However, over the weekend a new uncertainty cropped up with Russia asking for a written guarantee from the U.S. that Russia would be allowed to continue trading, investing, and cooperating with Iran without any barriers from sanctions. While it has been reported by Reuters that a senior official from Iran thinks that there is an easy solution to this demand, we remain skeptical that an agreement will be reached anytime soon. Iran is demanding guarantees that the U.S. will not walk away from the agreement again, but the Biden Administration can’t provide that guarantee without a formal treaty, which will require two-thirds approval from the U.S. Senate. Without a formal treaty, the next administration can reverse course, as did the Trump Administration. This requirement was highlighted by a group of 33 Republican Senators warning President Biden that they would not support any agreement that did not involve Congress reviewing and voting on the terms. The Russia-Ukraine conflict is only going to harden the Republican opposition.

In the short-term, it is unlikely that these negotiations will have much impact in terms of global oil supply. Even if the Biden Administration is successful in both negotiations, neither Iran nor Venezuela are in position to ramp up production immediately. This is especially true of Venezuela where the oil sector has suffered from lack of investment for years.

Consequently, it is likely that oil prices will move much higher. Oil demand will be negatively affected by elevated oil prices—and the current level of oil prices is now sufficient to start having a material impact on demand in developing and emerging markets. The closer the price of Brent crude moves to $145.00, the more the impact will be on developed markets. Major demand destruction from a global perspective will occur as the price of Brent crude approaches $190.00.

And the pressure is increasing on western entities to stop purchasing oil from Russia, as indicated by the criticism that Shell has taken for purchasing a cargo of Russian crude. Additionally, the U.S. is considering the banning of Russian imports, which is likely to trigger other western countries to follow suit in some manner. As such, if effective sanctions are placed on Russian oil, the only solution to balance the market are higher prices sufficient for significant demand destruction—most likely to be accompanied by an economic downturn—which, in turn, will lead to a major price correction.