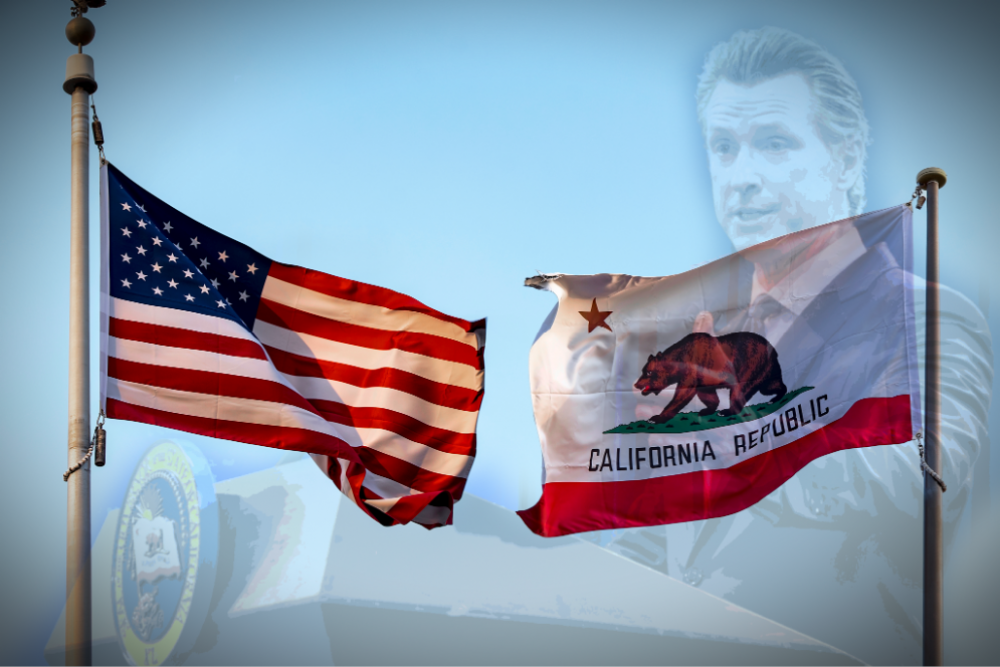 California is committing to a “firm goal” to phase out the sale of new gasoline-powered vehicles by 2035, Gov. Gavin Newsom said at a press conference on Sept. 23. (Source: Shutterstock.com; Office of the Governor of California)

Recently, California Gov. Gavin Newsom released an executive order intended to end the sale of new gasoline and diesel-powered passenger cars by 2035, and medium- and heavy-duty trucks by 2045. He also called on the state legislature to ban fracking for oil and gas production by 2024.

While we share Governor Newsom’s goal to combat climate change and transition to a lower carbon energy future, Petroleum Equipment & Services Association (PESA) believes we need to do it with greater thoughtfulness, care and planning. We need the input of relevant stakeholders and the expertise and ingenuity of people who have solved the world’s energy problems by deploying innovative technologies on a global scale. Unfortunately, Executive Order N-79-20 falls short of creating a plan that’s likely to achieve its stated goals.

The first problem is feasibility. Converting all passenger cars and trucks to run on electricity would boost California’s electricity demand by 25%, according to experts. That’s a major challenge for a state already suffering from rolling blackouts as it attempts to transition to renewable energy.

It’s theoretically possible to electrify transportation, but it would take trillions of dollars to increase power generation capacity and enhance the electric grid to handle the additional load. In addition, we would need significant improvement in battery technology, as well as a network of fast charging stations to support a population that relies on long freeway commutes to schools and offices.

One solution could be for the state to reverse its move to phase out natural gas power generation. This would provide California with the generating capacity it needs while reducing carbon emissions. America’s shift from coal to natural gas has driven reduction of more than 2.8 billion metric tons of CO₂ emissions since 2005—the largest source of energy-related carbon savings, according to the Energy Information Administration.

This would be a more realistic and lower cost solution because significant natural gas infrastructure is already in place. In 2018, natural gas provided 46.5% of California’s electricity. If the state plans to electrify transportation, it would be smart to backstop renewable electricity capacity with affordable and reliable natural gas that’s getting cleaner as companies deploy carbon capture, utilization and sequestration technologies.

Problems remain, however. The costly burden for achieving this mandate is going to fall on Californians least able to afford it. Previous mandates have left residents paying some of the highest electricity rates in the country, according to the Energy Information Administration (EIA). The average price of electricity is 60% higher than the national average even though the average California home uses about half as much energy as the average American household.

In addition, many working-class families will struggle to afford an electric vehicle. The average cost of a four-door sedan in the U.S. is $35,000 and many reliable models can be found for around $20,000. The average price of a four-door electric vehicle is $55,000. That’s a steep increase for many families already struggling with high living costs. Some will keep older gas- and diesel-powered vehicles on the road longer, which will require expensive repairs and maintenance—and more carbon emissions.

Newsom’s recommendation that the state legislature ban oil and gas fracking is similarly misguided. This proposal is likely to further depress California’s economy while doing little to reduce carbon emissions. The oil and gas industry is a major part of the state’s economy. It’s second to Texas in total industry employment and is among the leading oil and gas producers. Half the state’s new wells are fracked. A ban would slash oil and gas production and end hundreds of thousands of jobs in the state. It would also increase California’s fuel costs as crude would have to be brought into the state over longer distances.

Finally, switching to an all-renewable energy supply sounds good in theory, but the rhetoric elides the need for reliability and overlooks the critical role hydrocarbons play in supporting the renewables supply chain. In other words, we need a steady supply of oil and gas to develop and deploy renewable energy sources.

With demand for energy increasing around the world, we’re going to need all forms of energy to make this transition. But we need real-world solutions, not heavy-handed mandates. The men and women of America’s oil and gas industry can be part of the solution and we stand ready to work with Governor Newsom and other leaders around the country to promote practical, workable solutions to ensure all Americans have access to the energy needed to power their lives and support the economy.

Tarpley most recently served as Chief of Staff to Congressman Ted Poe (R-TX) and began his legislative career as an aide to Congressman Thornberry (R-TX). As a lynchpin of Congressman Poe’s staff for more than nine years, Tim worked on permitting the Keystone pipeline and ending the crude oil export ban.

Tarpley holds a juris doctor from Creighton University School of Law and a master of laws from American University Washington College of Law.