Amerisur Resources completed the Indico-1 well in Colombia’s CPO-5 Block. The well was drilled to 3,232 m (10,604 ft) and was targeting L3 Sandstone in Une. Initial wireline analysis indicated 64 m (209 net ft) of pay with no water in an oil column in L3 Sandstone. The L3 Sandstone unit is a high-quality sand with some shale intercalations and is in the Paleozoic basement. Additional wireline logging, including pressure and sampling across the reservoir, are planned. The L3 Sandstone package also produces at the nearby Mariposa-1 well, which tested flowing approximately 3,200 bbl/d of oil from a 3-m (10-ft) interval. When operations are finished at Indico-1, the rig will be moved to drill Sol-1 about 6.5 km (4 miles) south of Indico-1 and it will be targeting LS3.

President Energy has completed and tested the PFE 1001 well at its Puesto Flores/Estancia Vieja prospect in the Rio Negro Province in Argentina. The eastern Neuquén Basin well was targeting secondary Pre Cuyo and primary Punta Rosada, and it was tested flowing approximately 400 bbl/d from Punta Rosada with little water and good downhole pressure. A third well in the field is underway at development venture PFO 1007.

Tullow Oil Plc is planning to drill an exploration well in offshore Guyana’s Orinduik Block this year. The operator will drill the venture from a conventional drillship in 1,350 m (4,429 ft) of water. The target is a stratigraphically trapped canyon turbidite Upper Cretaceous formation. Partners in the block are Eco Atlantic and Total. A second well is planned later in the year.

Exxon Mobil Corp. reported another discovery in the offshore Guyana Stabroek Block at Pluma-1. The well hit approximately 37 m (121 ft) of high-quality pay in a hydrocarbon- bearing sandstone reservoir. It was drilled to 5,013 m (16,447 ft) and is in 1,018 m (3,340 ft) of water. This discovery increases the recoverable resource for the block to more than 5 Bboe. The drillship will be moved to drill at the Tilapia-1 prospect about 6 km (4 miles) to the west. Ongoing work will evaluate development options in the southeastern portion of the block, potentially combining Pluma with prior Turbot and Longtail discoveries into a major new development area.

Egdon Resources Plc has received permission to drill exploration well Biscathorpe-2 in onshore Lincolnshire, U.K., in the petroleum exploration and development license (PEDL) 253 Block Biscathorpe Prospect. The venture is on the southern margin of the Humber Basin, on trend with and west of Keddington Field and Saltfleetby gas field. It is one of the largest remaining undrilled onshore U.K. oil prospects where there is stratigraphic trapping. A 2,100-m (6,890-ft) vertical well is targeting Carboniferous Westphalian A-aged basal sand. Biscathorpe has mean gross prospective resources of 14 MMbbl. Egdon Resources is the operator of PEDL 253 and the test (35.80% interest) in partnership with Montrose Industries (22.20%), Union Jack Oil (22%) and Humber Oil & Gas (20%).

Test results were announced by Eland Oil & Gas Plc from exploration well Ubima-1 in Nigeria’s Block OML11. The venture is a dual completion in E1000/E2000 and the F7000 reservoirs. The F7000 reservoir was tested flowing about 2,500 bbl/d of oil, and the E1000/E2000 reservoir flowed 900 bbl/d to 1,000 bbl/d. It was tested on a 24/60-in. choke with a flowing tubing head pressure of 315 psi. The company is planning to perform an extended well test this year. Eland holds a 40% interest in partnership with Allgrace Energy, holding the balance of interest in the Ubima Field. The partners plan to initiate an early production system in the field.

A new oil discovery was reported by Eni in the Afoxé exploration prospect in offshore Angola Block 15/06. The discovery is estimated to contain between 170 MMbbl and 200 MMbbl of oil in place. The Afoxé-1 NFW well is in the southeastern portion of Block 15/06. The well was drilled to 1,723 m (5,653 ft) and area water depth is 780 m (2,559 ft). The well proved a 20-m (66-ft) net pay zone in Upper Miocene Sandstones. Current testing indicates a production capacity in excess of 5,000 bbl/d of oil. The new nearby discoveries of Kalimba and Afoxé have an estimated potential of 400 MMboe to 500 MMboe of high-quality oil in place, and development planning is underway. Eni is planning to drill up to four new offshore exploration wells in Block 15/06 this year.

A deepwater gas discovery was announced by Woodside Petroleum on Myanmar Block A-6. The Shwe Yee Htun-2 exploration well was the fi fth consecutive discovery within the Southern Rakhine Basin concession. The 4,850-m (15,912-ft) well was drilled to appraise the Shwe Yee Htun-1 discovery and area water depth is 2,325 m (7,628 ft). The wireline formation evaluation, including pressure measurements, indicates that the reservoir is in pressure communication with Shwe Yee Htun-1, which is about 10 km (6 miles) east. The minimum total gross gas column based on wireline pressure data from both wells is estimated to be approximately 240 m (787 ft). The formation evaluation also indicates that Shwe Yee Htun-2 encountered 40 m (131 ft) of net gas pay and was tested flowing 1.4 MMcm/d (50 MMcf/d) of gas during testing on a 40/64-in. choke. Woodside is the operator (40% interest) along with Total (40%) and MPRL E&P (20%).

Cue Energy Resources Ltd. announced a gas discovery at the offshore Paus Biru-1 exploration well in East Java in Indonesia’s Madura Strait. The well fl owed 317,149 cu. m/d (11.2 MMcf/d) of gas during testing on a 64/64-in. choke with a wellhead pressure of 525 psi. Preliminary gas sample analysis indicates low inert content. The discovery is in the Sampang PSC and is east of the producing Oyong Gas Field. It was drilled to 710 m (2,329 ft) and intersected an estimated net gas pay of 29 m (95 ft) across the primary Mundu Limestone Globigerina reservoir. The well is being plugged and abandoned as a gas discovery.

Hicor Technologies has changed its name to Reach Production Solutions, the company said on Sept. 9. 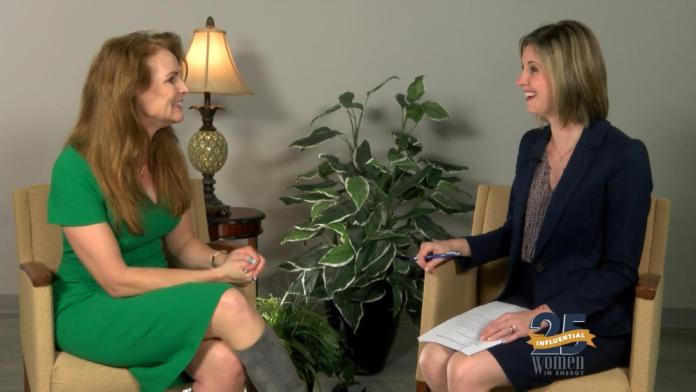