The world of managed pressure drilling (MPD) is a confusing one. For instance, a term like “lite MPD” means “lightweight”—not “light on capabilities.” Terms like “flex” are used to describe multiple service levels. Operators often discuss electric and hydraulic choke control methods and argue about which system controls better—when actually they are manipulating surface backpressure to hold a constant bottomhole pressure, which is usually over a mile away down a hole filled with all different types of compressible fluids, temperature variations and complex geometries. And what does it really mean to have an MPD-ready rig?

The MPD Committee of the International Association of Drilling Contractors strives to standardize communication in this area and to provide terms and tables that will clarify the capabilities and levels of MPD. There are so many different owners of equipment and many different ways that MPD systems are being used, so it can be quite a challenge to properly standardize these industry terms.

However, it should be an easier task to standardize the levels of automation in MPD systems, as these levels can be classified following the same standards that the Society of Automotive Engineers (SAE) has released for automated vehicles. The SAE J3016 standard defines six levels of driving automation, from SAE Level Zero (no automation) to SAE Level 5 (full vehicle autonomy). Leveraging the same structure as the SAE J3016 standard, the adaptation for MPD is shown in Figure 1.

Before diving into the subject of remote operations, it must be understood where MPD systems are currently positioned on the automation journey. Most MPD systems that claim to be automated are largely or wholly Level 0. Included within Level 0 capabilities are providing kick detection based on static conditions, monitoring flow in versus flow out, and ensuring that proper data are being captured and utilized in hydraulic models. Level 0 systems can monitor all major parameters and advise MPD operators of changes that may be required based on the status of the equipment and the drilling program.

Level 1 MPD systems incorporate some understanding of changing rig conditions and automatically adjust backpressure to compensate for changes in surface and mud conditions as well as changes in running speeds and injection rates. Level 1 systems can automatically do pressure trapping, compensate for surge and swab effects, and detect and apply mud changes. Today, only some of the highest-capable MPD systems can handle the majority of these surface changes automatically.

Level 2 MPD systems can incorporate changing rig conditions and downhole conditions at the same time, and then, with multiple variables changing, determine the best course of action. Features associated with Level 2 MPD systems incorporate dynamic event detection based on changes in surface and downhole parameters and can automatically perform dynamic leak-off and pore pressure testing to properly define the boundaries of the wellbore as the well is being drilled.

Level 3 MPD systems start the truly automated MPD systems, acting on the boundary conditions and changing surface and downhole conditions by automatically controlling influxes and losses, as much as possible, wholly within the MPD system. This means that controlling kick and loss scenarios is not based on flow in and flow out, but that the system automatically determines the best control method for kicks and losses, adopts the proper process and then executes the process to bring the well back to stable conditions. While no MPD system is capable of this yet, Halliburton has laid the foundation for many Level 3 MPD capabilities within its system.

Level 4 and Level 5 MPD systems do not exist on the market. These advanced systems can be fully remote controlled (from a remote location that is not on the rig), and they do not require any MPD advisers, specialists or anyone with MPD understanding to be on the rig. The reliability and sophistication of these MPD systems well exceed real or advertised capabilities of MPD service providers or software developers. Furthermore, any MPD systems that attempt to incorporate Level 4 or Level 5 features that have not advanced through or incorporated features found in Level 0 through Level 3 are risking the future of the MPD industry. The parallel to the automotive self-driving car industry could not be stronger.

The industry cannot be implementing Level 4 and Level 5 automation without building a strong and reliable foundation that can be trusted to always do the right thing. Therefore, much thought must be given on when and how to approach remote operations within MPD. And in remote operations, there are really two major areas to consider.

The first area of remote operations to consider is remote control. This part of remote operations can be equated to IT services taking control of a computer or device. When a strong internet connection exists, several companies can remotely control MPD systems. As of today, this type of control is used in MPD services for troubleshooting, configuring and validating that the system is set up correctly, just as IT uses remote control capabilities for computer support. This type of remote control will continue to be used in this fashion until both the reliability and certainty of the MPD systems reach certain automation levels (likely, when the MPD system, as a whole, is classed as Level 4 or above).

The second area to consider is remote monitoring, which has been implemented in some capacity for many years now. However, data protection, data security and laws around data transmission across country borders have greatly evolved. Information protocols and data exchange services must comply with company policies and with local and international laws. Remote monitoring requires companies that have experience in global data transfer and that have implemented security features to keep customer data protected. While automation does not play a key role in the ability to remotely monitor, automation does determine how much the data can be acted upon during remote operations (going back to remote control or, at a minimum, remote advisory services).

A final important consideration on remote monitoring is data quality. While data quality is critical throughout an MPD operation, it is even more critical when moving away from the rig site because there can be fewer indicators to the operators that the data are inaccurate. Self-checking and, if necessary, self-correcting algorithms must be incorporated as part of the data system being remotely monitored. Sensor redundancy also is critical to ensure that data quality is not compromised.

To move to a higher level of remote operations, MPD providers must minimize risk. The higher the level of automation, the reliability of the MPD system, the stronger the data transmission, the better the security around data and, most importantly, the greater the ability to mitigate well control risks, the farther away operators can be from the well site for controlling the MPD systems. These levels of automation can be illustrated as simple concentric circles (Figure 2).

The industry is on a continued journey of efficiency gains through automation and remote operations. It must be recognized that several factors tie together and a cohesive strategy must be implemented to ultimately achieve remote operations safely. This requires continued advancement in automation to further reduce well control risk and increase data security.

For a recent example of remote operation implementation, Halliburton was providing MPD services for a customer in the Asia-Pacific region. Due to travel restrictions around the COVID-19 pandemic, many members of the originally selected crew were not able to enter the country. This required Halliburton to subcontract several crew members to execute the work. Halliburton accelerated training to ensure the personnel delivering the MPD service were competent on the Halliburton system, and the company provided additional remote support.

Prior to the operation, the MPD system had to be properly configured—mapping all the data inputs and testing the system for proper communication and response. This configuring was completed remotely by the global team (based in North America) working with the local team to verify physical connections. Once the configuration was proven, the global team also remotely configured the hydraulics model with verification from onsite personnel.

After starting the operation, while the onsite crew was monitoring and controlling the automated MPD system, the global team was occasionally connected with the operation to verify the system was still performing as expected. Whenever an issue with the configuration occurred, the global team quickly intervened and corrected the problem, thus minimizing downtime.

All of this could be accomplished because the Halliburton system has strong data security, contains a continually evolving sophisticated barrier management tool that reduces well control risk and it incorporates several Level 2 and Level 3 features into the control software and real-time hydraulics model.

As the industry continues to advance, so will the ability to safely provide remote operations capabilities within MPD services. The industry must continue to drive automation forward, and must also be rigorous around testing the automation in myriad scenarios to ensure a safe and proper response of MPD equipment and to minimize well control risks.

The U.S. oil and gas rig count, an early indicator of future output, fell by one to 456 in the week to June 4, according to data from Baker Hughes Co. 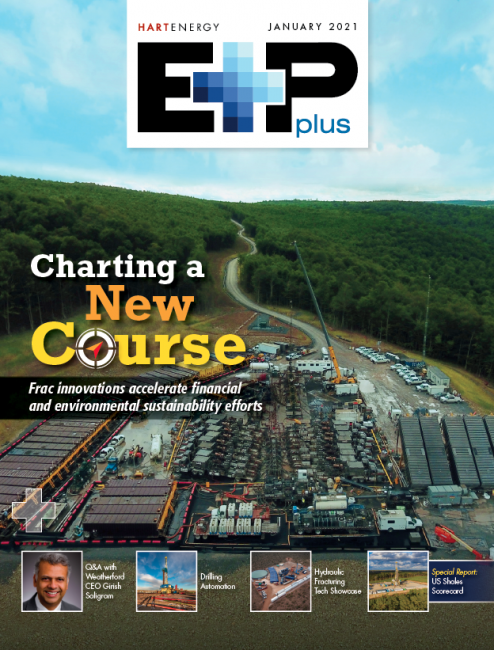