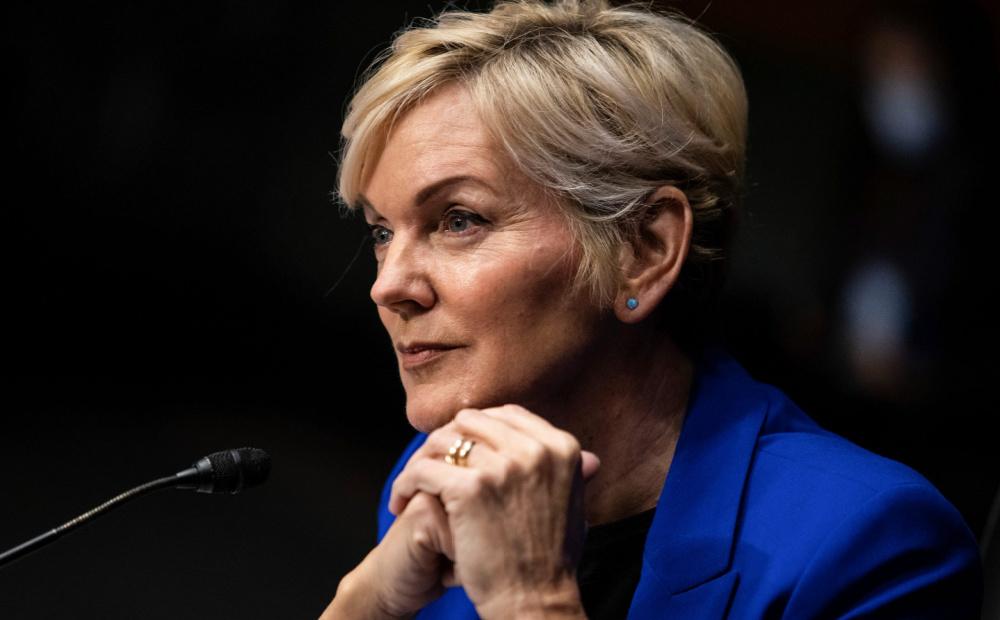 “I’ve met with lots of oil and gas industry executives in the last year and a half,” Granholm said on June 16. “And I’ve constantly tried to impress upon them the need to look to the future.” (Source: John Papadopoulos / Shutterstock.com)

“We’re pursuing the most ambitious goals for climate action in history: cut emissions in by 2030, reach 100% clean electricity by 2035, and achieve net-zero by 2050,” Granholm recently said at the Global CCS Institute’s 10th Annual DC Forum.

Granholm acknowledged at the event on June 16 that Biden’s energy agenda is “facing real headwinds,” but said such action is essential “to the country’s long-term health.”

“The math is simple,” she said. “We have to cut emissions essentially in half by the end of this decade to avoid the worst of climate change.”

Granholm believes that hope lies in clean energy. But in order to achieve the lofty carbon reduction goals, it would take a multitude of efforts and technologies deployed around the world.

Speaking at the DC Forum, Granholm pushed for companies relying on fossil fuel production to diversify into renewable sources and cleaner energy production.

At the event, Granholm spoke immediately after Occidental Petroleum CEO Vicki Hollub, whose company is heavily involved in carbon capture for use in its EOR operations and is investing $1 billion in a direct air capture facility in the Permian Basin. Her remarks also come a week before she is set to meet with oil executives from Exxon Mobil Corp., Shell Plc, Valero Energy Corp., Marathon Petroleum Corp., Phillips 66, BP Plc and Chevron Corp. to seek solutions to lowering increasingly rising gas prices.

“I’ve met with lots of oil and gas industry executives in the last year and a half,” she said on June 16. “And I’ve constantly tried to impress upon them the need to look to the future, to get their businesses skating to where the puck is going, to diversify their portfolio from just oil and gas into broader energy offerings.”

Wilcox is the author of the first textbook on carbon capture, Carbon Capture, published in March 2012.

“[The office’s] central focus has shifted over time from simply increasing fossil fuel production in the U.S. to advancing the approaches and technologies that will minimize climate and environmental impacts from our continued—yet also, over time, shrinking—dependence on fossil fuels,” Granholm said.

Over the last two decades, the office has overseen billions of dollars of investment into carbon management technologies, according to Granholm.

Such technology development will likely see a boost as a result of President Biden’s Infrastructure Law. The legislation allocated $12 billion to invest in next-generation carbon capture, direct air capture and industrial reduction demonstration projects, along with CO₂ transport and storage infrastructure.

“Ultimately, our vision involves testing these technologies both inside and outside the United States, building up as much of the necessary supply chains as we can here, and filling any gaps with allies who share our values,” Granholm said. “And then, when we’ve successfully commercialized these technologies, exporting them all over the globe.”