In order to fund the upwards of $200 trillion needed for the energy transition, understanding EOR is important, according to Vicki Hollub, president and CEO of Occidental Petroleum Corp.

“This is a message that if we’re unable to get the world to understand this message, then that’s what's going to make the energy transition much more difficult,” she added advocating for more widespread use of CO₂ in EOR, both to recover more carbon-neutral oil and to safely store carbon underground. 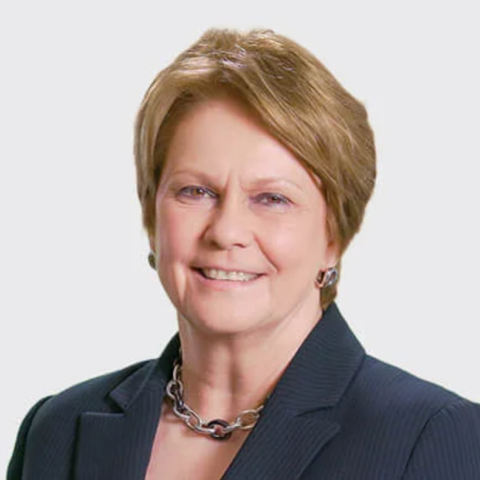 “Occidental and even the IEA believes that the more oil we can get out of existing reservoirs, the lower the carbon footprint of the oil and gas industry over time. The way you make that happen is to use CO₂ in the reservoir.”—Vicki Hollub, President and CEO, Occidental Petroleum Corp.

Occidental Petroleum has over 40 years of experience with CO₂ EOR, according to the company’s website. The Houston-based company injects 2.6 Bcf/d of CO₂ in 1.4 million acres in the Permian Basin for its EOR operations, making Oxy the largest injector of CO₂ in the Permian.

“It takes more CO₂ injected into a reservoir than what the incremental oil that CO₂ generates will omit when used,” Hollub said. “So, you can actually generate net-negative or net-neutral, net-zero carbon oil from an enhanced oil recovery project.”

During primary production, most reservoirs yield about 20% to 30% of their recoverable reserves. Secondary production methods, such as water flooding, can garner another 20% or so, she said, ultimately leaving about half of the oil in the reservoir.

“Occidental and even the IEA (International Energy Agency) believes that the more oil we can get out of existing reservoirs, the lower the carbon footprint of the oil and gas industry over time,” she said. “The way you make that happen is to use CO₂ in the reservoir.”

Hollub said that to advance the energy transition globally, EOR operations should be applied to developing countries around the world.

“When you look at the developing countries that have all these oil and gas resources to develop so that they can achieve the same quality of life that we have here in the United States, we need to allow them to be able to develop those reservoirs, but in a carbon-neutral way,” she said. “Starting out and helping them, we want to advance this technology fast enough so that we can help them get there before they're too far along in the development of their resources.”

In March, through its 1PointFive Venture, Oxy announced a $1 billion direct air capture (DAC) project for the Permian Basin, designed to capture CO₂ from the atmosphere and store it safely underground. Construction is expected to begin in the second half of this year and be in operation by 2024.

During its announcement of the project in March, Occidental Petroleum said it would aim to build 70 DAC units around the world by 2035.

“We’re going to do is build the first train of 500,000 tons per year,” Hollub said. “As we’re building that, we’re going to build a digital twin and we’re going to make this as technologically advanced as possible.”

By building a digital twin, she said Oxy can take the information it gains through its first DAC and apply it to future projects.

“I don’t expect us to see dramatic improvements, probably not in the first 10 facilities,” she said. “But we do believe that we’ll be able to advance it a lot faster than wind and solar, just because of the fact that we can build digital twins right now and they couldn't back then, they didn’t have that capability.”