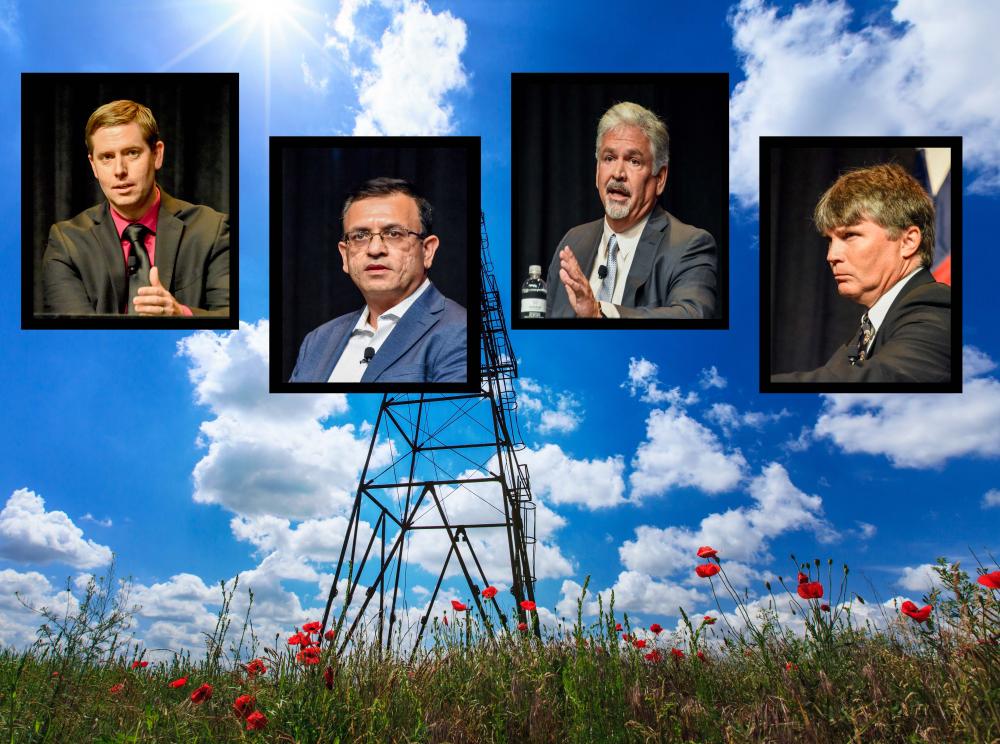 SAN ANTONIO—How are operators securing their business in the Eagle Ford in light of declining rig counts? New efficiencies in well interference technique, big data analytics, and the advancement of completions are keeping operators pretty steady in the shale play.

During a roundtable discussion on legacy practices versus new well performance at DUG Eagle Ford Conference & Exhibition on Sept. 25, panelists from both the operator side and service provider side agreed the secret is in a company’s approach to their assets.

Amit Sharma, integrated sensor diagnostics manager at Halliburton Co., said there isn’t just one answer to well intervention. But, there are two ways of developing an asset, he noted. One is trial and error, and the other is a structured approach.

“We have to be reservoir specific,” he said. “The way that we are approaching it is we’re trying to achieve a more uniformed flow distribution across the clusters, so that we don’t get those one-off lone fracs.”

Most operators, he said, follow the trial-and-error method. But, he explained, attention to techniques like cluster and stage spacing achieves uniformed distribution. Ultimately, having a good strategy will combat frac hits.

“It all needs to come together when you’re planning an asset,” he said.

The cause of well interference has been highly debated as experts say the data suggests a permeability issue, while others argue well spacing is to blame. Dealing with this hot topic in his own organization, Boomtown Oil LLC reservoir lead Sean Fitzgerald said going into its third private equity project, the company specifically targeted greenfield assets to avoid frac hits.

“We wanted to avoid frac hits completely and just go greenfield, so we leased 26,000 acres in Lavaca County, and it’s all greenfield. We’re drilling our eighth well right now,” Fitzgerald said. “Thankfully, we get to avoid the issue.”

Fitzgerald leans toward the latter argument, stating the problem occurs when a pad of wells are drilled next to a primary well, which was drilled to HBP acreage. Knowing that, Fitzgerald configured a method to avoid intervention.

“What you really want to do is drill your wells to hold, which is our plan. Then, you want to immediately start drilling them up and pad drilling in rows, not haphazardly, to ensure that you don’t have any frac hits and everything is able to drain,” he added.

Mark Norville, president of BlackBrush Oil & Gas LP, agreed that the majority of his experience in Karnes County required an adjustment in interference strategy.

“We’ve seen variable hits that we have experienced, some inside the troughs and relatively very few south of that trough,” Norville said. “There’s a lot more fracturing that takes place inside that portion of the field, so we have adjusted our spacing. We’re also looking at adjusting our angle and our azimuth that we drill to improve the situation.”

He noted that his company even applied the gas lift method to try and pressure up its reservoirs prior to fracking the parent well, which “really did help even though it wasn’t a lot of pressure, just the minimum pressure seemed to be of good extra guard against that effect.”

Not all well interactions are bad although they are in the majority of fractured wells, according to Rocky Seale, Baker Hughes’ national product line sales leader—completions and wellbore interventions.

“It can be a point of diminishing returns because spacing can get too tight and you’re just spending too much money and not getting any gain from it,” Seale said. “But, where you can control that interference can be a good thing.

The question arises whether operators are playing a zero-sum game or if they can actually improve both EUR and net present value (NPV).

From his 38 years of experience in the industry, with his company’s operations mostly in the Austin Chalk, Norville said timing of your development is essential.

“We’ve seen that the quicker you can develop your properties, especially if you’re doing co-development of different horizons, then you can get to that NPV—especially with fracking technology,” he said. “That’s where we need to be concentrating and one way to do that is collaboration with the offset operators.”

While the goal is to drill cheaper and more efficiently, Norville wants operators to be “more accurate with our wells and how we land those laterals…looking at what’s working and what’s not, and sharing that data so that we can get to that NPV.”

Similarly, Fitzgerald said Boomtown’s corporate goal, much like the rest of the industry, is to maximize NPV.

“Clearly it’s not a zero-sum game, there’s a lot of things the industry is doing that improves EUR and in turn improves NPV. You can use smaller stage spacing and longer laterals are a great example of improving EUR per wellbore and dramatically improving NPV,” he added.

By taking a look back at Boomtown’s data in 2016, Fitzgerald said he was able to evolve the company’s completions and drill “the best wells in Lavaca County to date.”

“We used to have other companies in other states, and we stole the best practices there which are longer lateral wells, bigger frac jobs [and] slickwater,” he added. “We pump 85 barrels per foot [at] 3,300 pounds per foot, so big completions and we just see phenomenal results with it.”

Also, he’s seen how the adoption of Tableau Software, an interactive data visualization company, and Massachusetts-based analytics platform Spotfire, has had a powerful impact on the industry.

“The data is available out there and we are big users of Spotfire now, which helps us analyze data over large areas. Especially if we’re out there acquiring properties…it has helped tremendously,” Norville said in agreement.

“We can optimize these well spacing and cluster spacing answers pretty quickly and then access those bypass results that we’re missing not only in the laterals, but between the wells,” he said. “Depending on the acreage, when you start doing the calculations on all the bypass results you’re missing, that quickly goes into hundreds of millions of dollars which is much more than the D&C costs that we’re always focused on.”

Less than 10% of oil and gas companies that utilizes analytics actually bring in tangible value from the big data, according to Sharma. For big data to grow in the oil and gas space, he said the gap has to be bridged with the outside data industry.

“I think we’re in a position where we can capitalize off of all this information,” he said. “The key thing for big data to succeed will be innovative and challenging ways to look at the data, which the outside industry has succeeded in doing throughout other industries.”

Approaching the data as a collaborative open-source system—across industries—could be the key to converting analytics into meaningful decisions that can be transferred into the oil and gas field, he concluded.