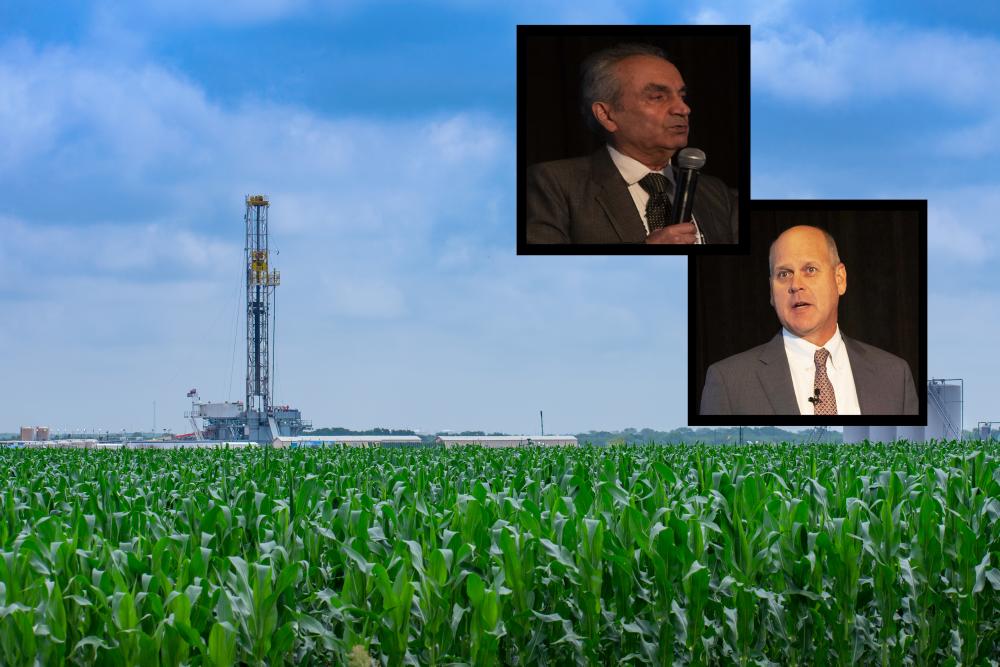 The more infill wells that are drilled in a section often leads to a higher water, lower oil production ratio and, ultimately, results in a steep decline in EUR. The argument posed is whether or not this is the result of well spacing.

Negligence toward the data is why some industry experts say operators can’t see that the answer is clearly no.

Collection and analysis of frac-driven interaction data can provide the engineering information needed to avoid and mitigate the possible negative effects, according to Dr. Ali Daneshy, president of Daneshy Consultants International. They can also optimize the effectiveness of the completion and fracturing operations.

“With the present completion systems that we’re using, frac-driven interactions are unavoidable,” he said. “[However], the collection of frac-interaction data can provide very important engineering data information that we need in order to raise the level of fracture treatments to a higher level.”

“I want to build a model that emulates what’s actually going on downhole,” Von Gonten said. “If I can build a model that accurately represents the fracture system then I can look at the stress, pressure and depletion of the rock and start to build a model on how to infill wells, sequence the stages and then you can calibrate it to performance, fracture and microseismic data. We need a dynamic model that’s running 24/7—as I’m fracking wells I’m predicting the next stage.”

“Take the data and put it in a frac model that can handle that resolution, the fabric of the rock in centimeter scale, stress shadowing between the clusters and wells, and handle the depletion of the parent wells or older wells,” Von Gonten said.

When water production increases due to frac hits during child well treatment, Von Gonten said the data should indicate a permeability problem rather than a spacing issue.

“If it is interference, the wells are robbing each other’s oil but they don’t rob each other’s water? The Eagle Ford doesn’t make water, so any water you get back is coming from your fractures,” he said.

Ideally, the model output will provide enhanced imaging on fracture geometry, conductivity and stress profiles for more accurate history matching. He said that in-depth interference data allots the history matching of both oil and water, fostering a better understanding of the reservoir.

“If you don’t know what fractures look like, or the permeability and pressure of the rock, or where conductivity sits, how can you history match without that,” he asked. “Instead of continuing to pump, why not have the model identify the solution?”

He said the responsibility rests is in the hands of the industry to analyze the pool of data and produce—and benefit from—a real-time, predictive model rather than charts that illustrate the past.

“There’s a lot of data and we need to use it in real-time, dynamically, as we’re fracking,” Von Gonten said.