Launched and built KLR from scratch in 2012 with partners Ed Kovalik and Reid Rubinstein; grew business to 30-plus employees between offices across the country and a client base spread across the Lower 48. Since 2012, company has advised and participated in more than $4 billion of capital raises and M&A assignments for E&P companies.

Entrée to the industry: Previously, led the energy investment banking team at Rodman & Renshaw; raised and advised on $3 billion-plus of capital raises and M&A assignments in just four years.

Day by day: Experienced, but not “a grey-haired guy who built multiple, successful businesses;” runs his business one day at a time. Learns “every day through my mistakes and achievements to become a better leader and a better role model.”

Inspiration: Emigrated to the U.S. from Korea with his parents at age seven. “I am an entrepreneur because my parents were first entrepreneurs.”

Proudest achievement: One of initial deals at KLR he originated was for Bill Coleman and Zavanna. Raised $200 million of acquisition capital and created a partnership with GSO Capital to buy out nonop working interest partners within client’s DSUs. It wasn’t easy; he called Coleman 19 times before he got a response. The takeaway: “Nothing is given to you, and persistence needs to be followed by the ability to execute.”

What you’ve got: During downturn, let go of youthful “illusion that I had control over things. What this downturn will make you realize quickly is that you don’t control much except how you play the cards that are dealt to you. “

Passing the torch: Spies a sea change in the make-up of the industry’s leaders. “We are getting younger, faster, bolder and more creative. Alongside other young leaders in our industry, I look forward to making my mark in this rapidly changing culture.” 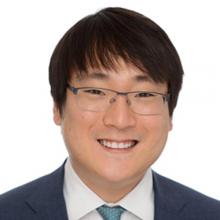