Career path: Entered oil and gas as a consulting contract analyst at Canadian Superior Energy Inc., where he implemented a new land system. Hired by Nexen in 2004 as a contract analyst in Yemen, where he was the second employee hired to initiate contract work and the bid process for the Block 51 project.

Foot in the door: Promoted to land manager about five years ago. While he was still the team lead for negotiator, effectively split the managerial position with his boss, who had left the role to become vice president. This continued for about six months until he was offered the position himself. “This really taught me a valuable lesson in putting your best foot forward.”

Career highlight: Counts his opportunity to teach a course on global energy policy to a group of oil and gas executives at Georgetown among his proudest achievements. Focused on oil sands, shale gas and Canada’s LNG potential; ensured facts about the industry were presented objectively, instead of “by way of popular media (which tends to be very negative).”

Transaction tips: “Anticipate the worst and you will not be surprised.” Although “It may sound quite negative, this type of thinking assists in scenario-planning and allowing you to objectively think through potential obstacles.”

Exposure: His understanding of the industry and his role within it grew with the help of Tom Berg, the president of the private company where he worked early in his career. "It was amazing to have that type of exposure to someone so knowledgeable at the infancy of my career."

Adjust or bust: Time spent in Sana’a taught him “to be flexible and to adapt quickly” and not take things granted, like reliable electricity and phone lines. “You need to be able to shift gears very quickly to keep moving forward. Patience also helps!” 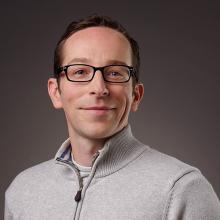