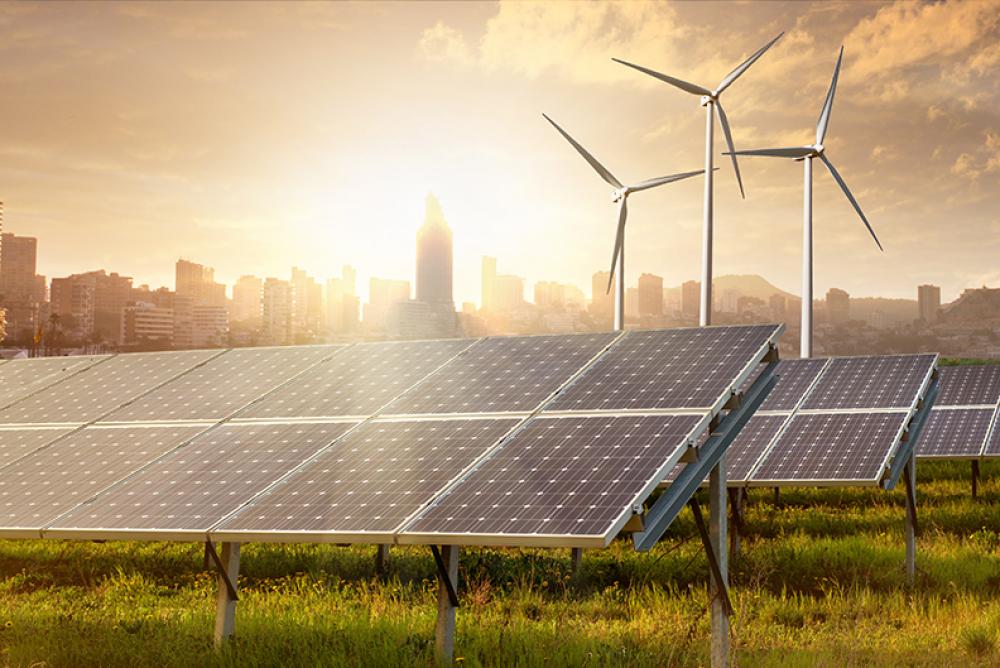 Editor’s note: This op-ed article was originally published in The Western Journal. Opinions expressed by the author are his own.

Mayors in more than 100 U.S. cities have announced plans to transition their electrical power systems to 100% renewable by 2050. They propose replacement of traditional coal, natural gas and nuclear generating stations with wind, solar and wood-fired stations. But none of these mayors has a plausible idea of how to meet their commitment.

In December, Cincinnati became the hundreth U.S. city to commit to 100% electricity from renewable sources, with a target to achieve this goal by 2035. Cincinnati Mayor John Cranley said, “It has become clear that cities will lead the global effort to fight climate change, and Cincinnati is on the front lines.”

But these announcements appear to be a folk tale worthy of the Brothers Grimm. In 2018, renewables provided less than 3% of Ohio’s electricity, which came 47% from coal, 35% from natural gas, and 15% from nuclear generators. Mayors Cranley and Jackson appear to have failed to consider the cost or scale of their energy change commitments.

As part of the effort, the Ohio Power Siting Board recommended approval of the Icebreaker Wind Facility last July. The Icebreaker project would initially construct  six 3.5-megawatt wind turbines in Lake Erie, 10 miles off the coast of Cleveland, at an estimated cost of $126 million. The project would annually produce only about 75 gigawatt-hours of electricity, but plans call for an expansion to over 1,000 offshore wind towers.

Renewable energy is fashionable, but also expensive. The Icebreaker wind turbines cost $21 million each, or about six times the U.S. market price for wind turbines, which is about $1 million per megawatt. The cost for expansion to 1,000 turbines would approach $20 billion. These renewable system costs will be in addition to existing power generation plants, 90% of which must be maintained to provide security of electricity supply when the wind doesn’t blow and the sun doesn’t shine.

In 2017, Ohio residents consumed 119,000 gigawatt-hours of electrical power. If completed, the 1,000 wind turbines of the expanded $20 billion Icebreaker project would deliver about 12,000 gigawatt-hours, or only about 10% of Ohio’s electricity need.

Minneapolis Mayor Jacob Frey and St. Paul Mayor Melvin Carter pledged their cities to 100 percent renewables by 2030. Major wind system build-outs during the last five years boosted Minnesota to the eighth-leading wind energy state in the US. Renewables now provide about 27% of the state’s electricity. But Minnesota residents are paying for it. Over the last nine years, Minnesota power prices increased 34%, compared to the US average price rise of 7%.

In Wisconsin, Madison Mayor Paul Soglin announced last July the city’s commitment to 100 percent renewable electricity by 2050. But Wisconsin is not exactly the sun belt. Traditional generating stations provide 92% of the state’s electrical power and Wisconsin is a poor location for both wind and solar.

City officials in Atlanta pledged to reach 100% renewables by 2035, but have been honest about the fact that they don’t know how to do it. Only about 6% of Atlanta’s electricity comes from renewable sources, about the same amount as the state of Georgia. So, Atlanta proposes purchasing large amounts of renewable energy credits from wind and solar generators in other states, so that they can claim their green energy status.

Energy does not have color. No one can tell whether the electricity from their wall outlet is green or provided by a coal-fired plant. Purchasing renewable credits from other locations is the slight-of-hand method that allows city mayors to claim 100% renewable status.

Maybe these mayors have learned a way to spin climate change straw into gold. Cincinnati, Cleveland, Minneapolis, St. Paul, Atlanta, and several other cities will receive $2.5 million grants from the Bloomberg Philanthropies group of billionaire Michael Bloomberg for their efforts to “fight climate change.” Unfortunately, these grants will only be a drop in the bucket compared to the billions in additional electricity costs that citizens will pay for renewable electricity programs.

California is the center of the 100% -renewables fable. More than 30 California cities have committed to 100% renewable electricity, including San Diego, San Francisco, and San Jose, as well as the state of California itself. The state is doing a great job of boosting electricity prices. According to the U.S. Department of Energy, California 2017 residental electricity prices were 18.2 cents per kilowatt-hour, about 50% higher than any other state in the West. Look for California rates to double in the next two decades, driven by efforts to achieve high penetration of renewables.

So is your mayor smarter than a fifth grader? When it comes to energy policy, maybe not.

Steve Goreham is a speaker on the environment, business and public policy and author of the book Outside the Green Box: Rethinking Sustainable Development.