Some might say oil and gas exploration is dead. I would disagree with this statement, although with a few caveats.

The Yakaar find offshore Senegal, which Kosmos Energy announced in May 2017, was a major gas discovery and the first in a series of four independent tests of the basin floor fan fairways, according to the company. The well intersected a gross hydrocarbon column of 120 m (394 ft) and encountered 45 m (148 ft) of net pay.

The Payara-2 well offshore Guyana, which Exxon Mobil reported in July 2017, encountered 18 m (59 ft) of high-quality oil-bearing sandstones that increased the overall Payara resource to about 500 MMboe. This find is located about 19 km (12 miles) from the Liza Phase 1 project. The company recently announced its seventh oil discovery in the region.

At Nanushuk, Repsol continued to prove the Alaska North Slope has not lost its luster by making the largest U.S. onshore oil discovery in 30 years, the company announced in March 2017. The Horseshoe well extends an existing play by 32 km (20 miles) in an area known as Pikka, the company reported. Preliminary developments anticipate fi rst production by 2021 at a projected rate of 120 Mbbl/d of oil, and recent wells “confirm Nanushuk as a significant emerging play in Alaska’s North Slope,” Repsol reported.

The Zama well offshore Mexico, which Talos Energy has not been shy about touting, was one of the first discoveries since Mexico allowed private-sector entities to drill its acreage after oil and gas reforms. Announced in July 2017, the Zama-1 well reached an initial vertical target depth of approximately 3,383 m (11,100 ft) and discovered a contiguous gross oil-bearing interval of more than 335 m (1,100 ft) with 170 m to 200 m (558 ft to 656 ft) of net oil pay, according to the company. Estimates of oil in place range from 1.4 Bbbl to 2 Bbbl. 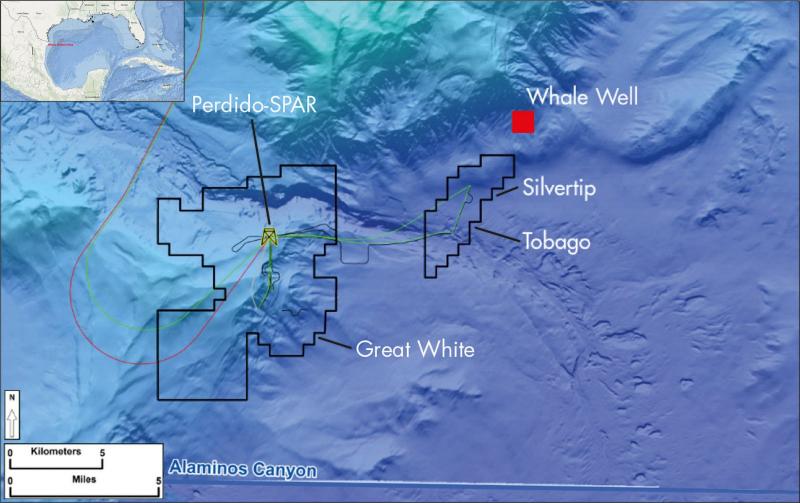 And finally, there’s the Whale discovery in the Gulf of Mexico (GoM). Clearly, Shell gets the GoM. In January the company announced its Whale discovery in Alaminos Canyon. The well encountered more than 427 net m (1,400 net ft) of oil-bearing pay, according to Shell, which is currently doing appraisal drilling.

The Westwood study noted that the number of “high-impact exploration wells” was similar to 2016 but well below 2014 levels. However, a frontier discovery was reported in the Laptev Sea in Russia and another “play-opening discovery” was made in the Barents Sea. While not commercial yet, these new finds should keep the momentum going.

2022-04-22 - “The confluence of elevated commodity prices, demand-led activity growth, and energy security are resulting in one of the strongest outlooks for the energy services industry in recent times,” Schlumberger CEO Olivier Le Peuch said.