NEW YORK—U.S. West Texas Intermediate (WTI) crude in Midland traded in positive territory for the first time in more than a month on Aug. 5 on expectations a new pipeline from the nearby Permian basin will begin operation soon, traders said.

WTI Midland for September traded as strong as 15 cents per barrel above benchmark futures, the strongest level since late June. On Aug. 2, the grade traded at a midpoint of a discount of about 65 cents per barrel to futures.

Plains All American Pipeline LP set rates for its 670,000-barrel-per-day (bbl/d) Cactus II pipeline from the Permian basin to the Corpus Christi area on Aug. 2, effective the same day, triggering expectations among market participants the line will begin service soon.

Commodities merchant Trafigura, one of the biggest shippers on the line, intends to ship full contractual volumes once the line starts up, a source told Reuters in June. The trading house has signed a long-term agreement with Plains to ship a total of 300,000 bbl/d of crude and condensate on the Cactus II pipeline.

A surge in oil production had outpaced pipeline takeaway capacity in the Permian, the biggest oil basin in the country, depressing Midland prices for over a year.

Cactus II is one of three major lines expected to come on this year and alleviate the bottleneck. The line is likely to flow about 300,000 bbl/d in August, and is likely to be near capacity by September, market sources estimated.

As Midland crude strengthens to a premium, traders also expect the arbitrage window to ship to Cushing, Okla., the delivery point for U.S. crude futures, to eventually shut.

Inventories at the storage hub fell by more than 2.3 million barrels in the week to Aug. 2, said traders, citing data from market intelligence firm Genscape.

The inventory decline and expectations of fewer barrels arriving from the Permian in coming weeks sent the front-month U.S. crude futures spread to the strongest level in more than three months at a 9 cent-per-barrel premium.

The spread closely tracks the supply and demand balance at Cushing.

The DynaTrac system takes static measurements to determine the position of the bottomhole assembly before and after setting the retrievable packer. 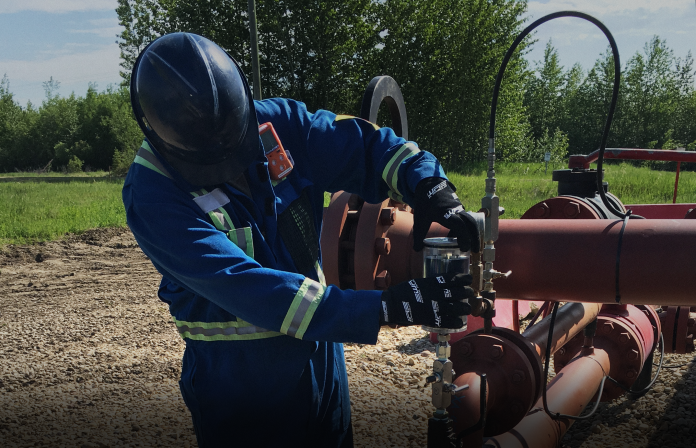 Making the Case for Data Sharing

Operators are driving sustained efficiencies by sharing their drilling data.