Trump tweeted that the U.S.' "relationship with Mexico is getting closer by the hour. Some really good people within both the new and old government, and all working closely together....A big Trade Agreement with Mexico could be happening soon!"

Jesus Seade, who will serve as chief negotiator for Mexico's next government, said he and U.S. Trade Representative Robert Lighthizer were now discussing a periodic review process that spare the North American Free Trade Agreement from automatic expiration unless new terms were agreed.

Mexico and Canada have adamantly opposed the U.S. sunset demand that would kill the pact unless it is renegotiated every five years, a plan that business groups also say will stifle long-term investment decisions.

"It's going to come out. It's no longer what the United States was putting first in any way," Seade said of the sunset clause outside the U.S. Trade Representative's office.

Seade said he and Lighthizer last week began discussing a new approach to review the trade pact, that would have longer periods between reviews, providing more certainty for business investments.

A spokeswoman for the U.S. Trade Representative's office denied that Lighthizer had softened his position on the sunset clause, without further elaboration.

The sunset issue is one of the biggest remaining obstacles to a NAFTA deal as negotiators race to try to land a new NAFTA agreement in principle by the end of August.

The U.S and Mexico have been holding bilateral talks aimed at resolving their differences before bringing Canada back to the talks.

Seade said the issue of auto sector rules is "basically resolved," although some aspects, including time frames, are still being discussed.

Seade also said on Aug. 25 that a "correct focus" on NAFTA's energy chapter has already been substantially agreed.

Since Mexico's July 1 presidential election, the Mexico-U.S. talks have been complicated by divisions between the incoming and outgoing Mexican administrations over energy policy.

The team of leftist Mexican president-elect Andres Manuel Lopez Obrador has resisted enshrining the 2013-14 opening of the oil and gas sector enacted by outgoing president Enrique Pena Nieto in the new NAFTA, people close to the talks say.

Lopez Obrador opposed Pena Nieto's energy reform, and the issue is divisive within his own camp. Business-friendly aides back greater outside investment in the industry, while his more nationalist allies want the oil to remain in Mexican hands.

Asked about Trump's tweet, Mexican Economy Minister Ildefonso Guajardo acknowledged some progress, but told reporters in Washington before beginning another day of talks that the two countries are "not there yet."

"Nothing is done until everything is truly done," he said. "Today will be an important day."

Trump prompted the NAFTA revamp more than a year ago, complaining the pact has benefited Mexico to the detriment of U.S. workers and manufacturing. He made renegotiating NAFTA one of his top campaign pledges.

Trump has threatened to withdraw from the pact if it is not reworked to the advantage of the U.S.

The U.S.-Mexico talks for weeks focused on crafting new rules for the automotive industry, which Trump has put at the center of his drive to rework the 24-year-old deal he says has been a "disaster" for American workers. 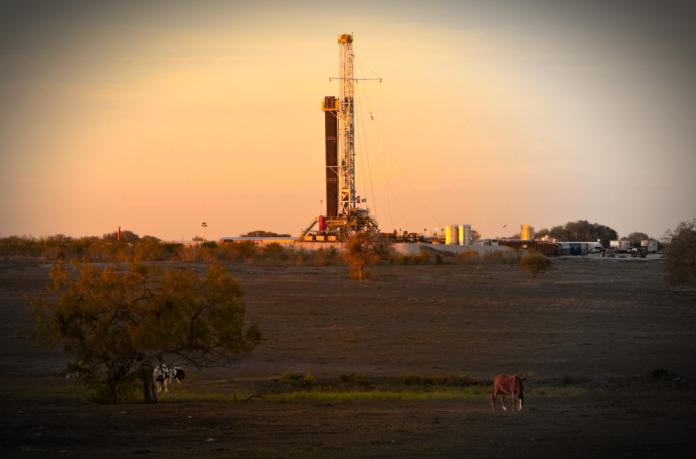 Energy ESG: How ESG Could Boost an Oil Producer’s Access to Capital

Gibson Dunn’s Hillary Holmes provides insight on the ESG movement in the oil and gas industry and why there’s no escaping it.

Saudi Aramco’s Board To Meet To Approve SABIC Bond Plan

Aramco plans to issue its first international bonds, expected to be about $10 billion, in the second quarter.