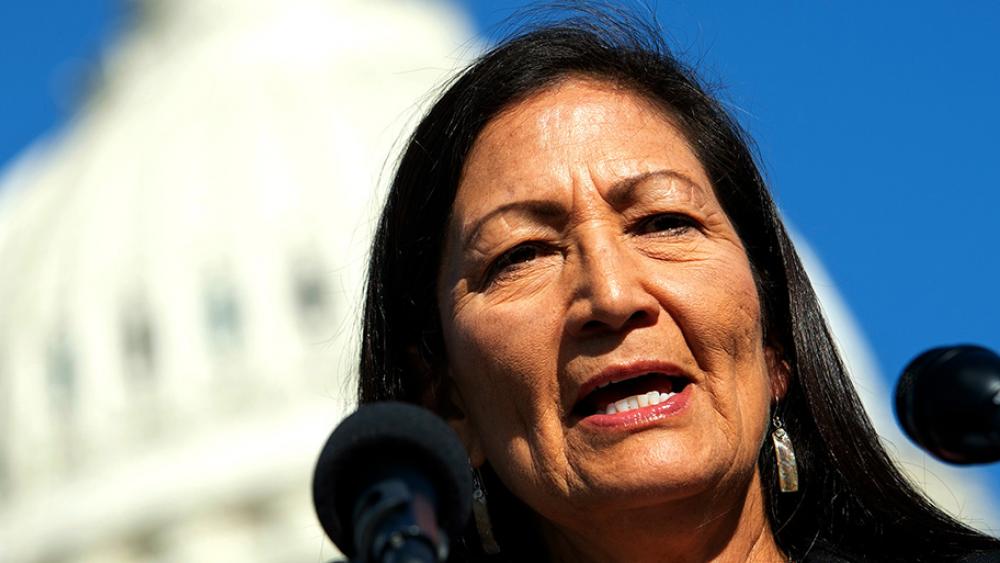 WASHINGTON—Deb Haaland, President Joe Biden’s historic pick for interior secretary, will seek to reassure lawmakers that she will balance energy interests with climate change goals as the top administrator of America’s vast public lands on Feb. 23.

Haaland, a Democratic congresswoman from New Mexico, would be the first Native American to take on a U.S. cabinet position if lawmakers confirm her after the Senate hearing. She would also have a vital role in implementing the Biden administration’s sweeping policies to fight global warming and protect the environment.

Biden has paused new drilling from America’s federal lands and waters, the source of around 25% of current oil and gas production, while encouraging additional leasing for renewable energy sources like wind and solar power and set a goal to conserve 30% of federal land and water in the next decade.

“There’s no question that fossil energy does and will continue to play a major role in America for years to come,” Haaland will tell senators, according to her prepared remarks for the Feb. 23 hearing. “I know how important oil and gas revenues are to fund critical services. But we must also recognize ... that our climate challenge must be addressed,” she will say.

Haaland has opposed oil pipeline and drilling projects while in Congress and also expressed support for the Green New Deal resolution to transition the U.S. economy off fossil fuels to fight climate change.

Republican lawmakers will zero in on Haaland’s views on energy, arguing that efforts to restrict drilling and mining will kill jobs.

“Her vocal opposition to oil and gas production on federal lands will only encourage President Biden along the illegal and reckless path that he has begun,” said Sen. John Barrasso (R-Wyo.), the top Republican on the Senate energy committee.

Chair of the Senate committee Joe Manchin (D-W.Va.), who supports fossil fuel development, has not decided whether he will support her bid and has remaining questions after he met with her on Zoom, his spokeswoman Sam Runyon told Reuters.

Haaland, a Laguna Pueblo tribal citizen, will acknowledge the historic nature of her nomination in her remarks, and say that her economic struggles as a single mother who relied on food stamps make her well attuned to job and economic security.

Native American tribal leaders have urged senators to back her nomination.

She has some Republican support. Rep. Don Young (R-Alaska) will introduce Haaland on Feb. 23.

If confirmed, she would manage the over 500 million acres of federal and tribal surface land.