One of the key Russian officials to foster a supply pact with OPEC, Kirill Dmitriev, signaled on April 8 Russia wanted to raise oil output when it meets with OPEC in June because of improving market conditions and falling stockpiles.

Dmitriev, head of the Russian state's direct investment fund, was the first Russian official to predict a deal with OPEC in 2016 and since then has become a key defender of the pact despite pressure from domestic oil firms to drop the agreement.

Dmitriev, an envoy for Moscow in the Middle East in general and Saudi Arabia in particular, had in recent months said it was still too early to terminate output cuts, echoing the position of OPEC's de facto leader, Saudi Arabia.

But in an apparent change of position, Dmitriev said on April 8 supply cuts may not be required after June.

"It is quite possible that given the improving market situation and falling stocks, (OPEC and its allies) could decide in June this year to abandon supply cuts and subsequently increase output," Dmitriev told a conference in Moscow.

"This decision will not mean the end of the deal, but a confirmation that participants continue their coordinating efforts when it is important not only to cut but to increase output depending on market conditions," he told the conference.

Dmitriev and energy minister Alexander Novak have come under increased pressure over the past year from firms such as Rosneft , whose boss Igor Sechin, a close ally of President Vladimir Putin, has said Russia should abandon output cuts.

Sechin is arguing that Russia is losing market share to the United States, which is not participating in output cuts and hence has been boosting output to record levels of some 12 million barrels per day (MMbbl/d).

Russia and Saudi Arabia produce around 11 MMbbl/d and 10 MMbbl/d, respectively, but could raise output fairly quickly if needed.

In January, Dmitriev said Russia should not unleash an oil price war against the United States but rather stick with output cuts even at the cost of losing market share in the medium term.

Saudi Energy Khalid al-Falih has also said it was important to extend oil cuts until the end of the year.

But on Monday he said the market was moving towards balance and added that the picture would become clearer in May.

Global oil markets have tightened despite booming U.S. production after Washington imposed new sanctions on Iran and Venezuela, reducing their output and exports and effectively grabbing their market share from Asia to Europe.

OPEC and its allies had to cancel their meeting in April and will now convene on June 25-26 as officials said they needed to see first what new sanctions Washington will impose on Iran in early May.

"Today we are seeing that the price of oil is stable and stocks are falling. The June decision will be taken based on market conditions, but so far we are seeing possibilities of raising output, which doesn't mean the end of the deal but its logical continuation," Dmitriev told Reuters on the sidelines of the conference.

"The deal is about stabilizing the market. Sometimes we cut but sometimes we increase," he added.

The U.S. Bureau of Land Management (BLM) approved royalty rate cuts on at least 76 federal drilling leases in the state of Utah in recent weeks, according to the database. 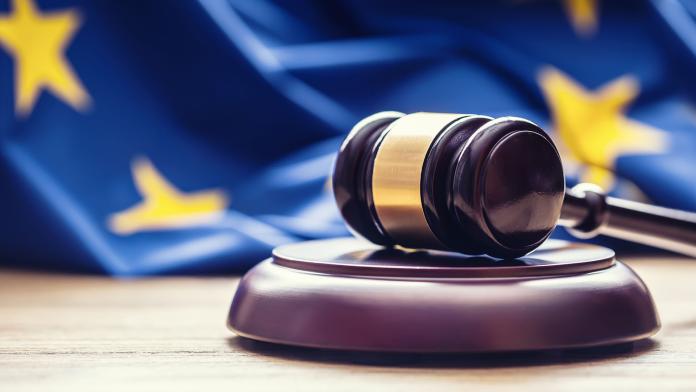 General Court leaves it up to the member states to enforce the rules.