Oil demand is still set for a record fall in 2020, the International Energy Agency (IEA) said May 14, but it trimmed its forecast for the drop citing easing lockdown measures.

Demand is expected to fall by 8.6 million barrels per day (MMbbl/d), the IEA said in its monthly report, raising its estimate by 690,000 bbl/d compared to last month.

Around 2.8 billion people will be living under confinement measures aimed at containing the novel coronavirus at the end of May, down from 4 billion in April, the Paris-based IEA said.

In revising its forecast, the energy watchdog cited stronger-than-expected mobility in some European countries and the United States as well as higher Chinese demand as it recovers from the virus outbreak.

“Economic activity is beginning a gradual-but-fragile recovery. However, major uncertainties remain. The biggest is whether governments can ease the lockdown measures without sparking a resurgence of COVID-19 outbreaks,” the IEA said.

Led by the United States and Canada, producers outside OPEC and allies like Russia, the so-called OPEC+ grouping, saw a fall in April output by 3 MMbbl/d compared to the start of the year.

The IEA predicted that by the end of 2020, the United States would be the biggest single contributor to supply reductions, down 2.8 MMbbl/d year on year.

“It is on the supply side where market forces have demonstrated their power and shown that the pain of lower prices affects all producers,” the IEA said.

But IEA director Fatih Birol said on a call with reporters that recently announced output cuts by major Gulf Arab producers would likely not be enough to balance global markets.

“I am happy to see Saudi Arabia, the Emirates and Kuwait—on top of their existing commitments—are now going to make further cuts. I do welcome them. Whether or not this is enough, I do not think so,” Birol said on the call after the IEA released its monthly report.

“We are seeing the early signs of a start of recovery, but it is far too early to say we are soon going to reach the rebalancing of the markets,” he added, renewing a call to OPEC+ countries to consider further cuts.

The shortage of oil storage capacity worldwide and especially in the United States has addled markets and weighed on crude prices in recent weeks, but the IEA predicted a recovery was likely approaching.

It predicted 5.5 MMbbl/d of a “massive” implied increase in crude oil stocks of 9.7 MMbbl/d in the first half of the year would be drawn down in the second half, assuming no resurgence of the virus and full commitment to production cuts. 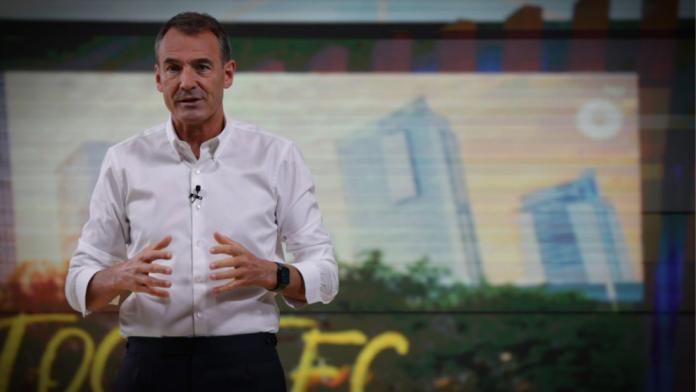