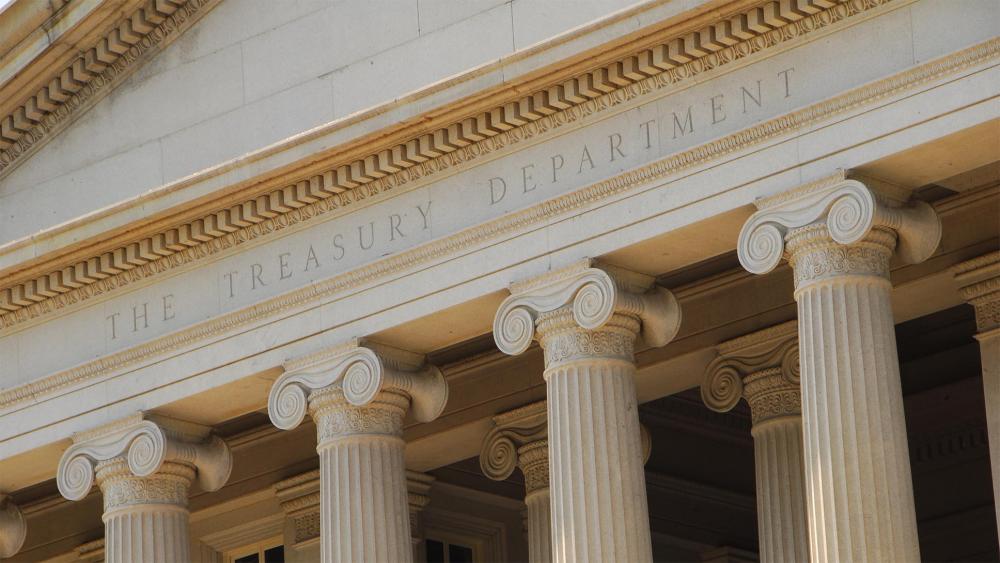 WASHINGTON—The U.S. federal government is looking at “a whole bunch of alternatives” to support oil and other energy companies, Treasury Secretary Steven Mnuchin said on April 24 as the industry struggles with plummeting prices and demand as the coronavirus crushes economic activity.

Taking equity stakes as part of a lending facility for the industry is among the alternatives, Mnuchin said at a White House event.

President Donald Trump said: “The energy business is very important to me, and we’re going to build it up.”

About half of the top 60 independent companies in the U.S. oil and energy sector could be forced into bankruptcy, after oil prices plunged 75% this year, sending prices to levels well below what companies and advisers had modeled in worst-case scenarios.

The White House has made keeping Americans on corporate payrolls a priority during the coronavirus shutdowns, hoping to minimize the number of people who apply for unemployment insurance. Employment in the oil and gas extraction industry peaked in the 1980s, and totaled about 156,000 last month.

Some 51,000 oil and natural gas workers lost their jobs in March, the Independent Petroleum Association of America said.

The U.S. federal government could use some of the $2.6 trillion coronavirus rescue legislation, or other options to help the industry:

A newly created Federal Reserve lending facility to support mid-size U.S. companies is expected to make some $600 billion in loans available when it launches in early May.

Mnuchin has said energy firms would be able to access this facility provided they have fewer than 10,000 employees and less than $2.5 billion in annual revenues. Loans are capped at $25 million, a limit that some in the industry say is too low.

Others could nab some of the next $310 billion in funding. The loans are for companies with no more than 500 employees, but there are exemptions for oil and gas well-drilling firms up to 1,000 employees, oil and gas extraction up to 1,250 and underground bituminous coal mining up to 1,500.

The Fed also created Treasury-backed corporate credit facilities that can lend up to $850 billion, which some energy firms may be able to access by selling bonds or asset-backed securities to the central bank.

But one of the key facilities, the Primary Market Corporate Credit Facility, requires that issuers had an investment-grade BBB-/Baa3 rating as of March 22—when oil prices and demand were already plunging and ratings had been slashed.

A group of Republican senators from energy-producing states, led by Sen. Kevin Cramer from North Dakota, urged Mnuchin and Federal Reserve Chair Jerome Powell in a letter on April 21 to shift the rating date to early March, before the oil market crashed, to allow more companies to participate.

The creation of the Fed facilities left some $259 billion in new Treasury capital from the coronavirus relief act unallocated, which some officials describe as “dry powder” to create new facilities or expand the Main Street lending facilities. This could allow Treasury to provide direct loans to individual companies without Fed involvement, mimicking programs for airlines and companies deemed important to U.S. national security.

Mnuchin’s comment that equity stakes may be considered follows Treasury’s airline aid that also includes warrants that can be converted to equity.

The United States could elect to buy oil for the nation's Strategic Petroleum Reserve, which has roughly 78 MMbbl of available capacity left out of total capacity of 713.5 MMbbl. However, Congress has not funded such purchases in its economic recovery bills passed so far.

The administration has discussed leasing the space to several oil-and-gas companies, but this is considered a stop-gap measure.

Energy industry groups and lawmakers from energy-producing states have been furiously lobbying the Treasury and the Fed for changes to the Main Street programs that would accommodate shale drillers and other energy firms, allowing more to participate.

The Fed has received more than 2,000 letters requesting changes, including lifting a restriction prohibiting companies from using Main Street loans to repay existing debt, which is a problem for the heavily indebted sector.

A large number of House and Senate Democrats are opposed to using any of the coronavirus relief money to aid fossil fuel producers and are urging the Fed and Treasury to exclude the industry.

Cenovus Energy's quarterly loss widened, but the oil sands producer said the impact of output cuts will be more than offset by an improvement in Canadian crude prices this year.