France will stop providing state export guarantees to projects involving certain forms of oil such as shale from next year, followed by all types of oil from 2025 and gas from 2035, the finance ministry said on Oct. 12.

The French state stopped giving export guarantees, which companies often need to get bank credit, to projects this year where fracking and flaring were involved and also dropped its financial support for coal developments.

In a proposal to parliament on Oct. 12, the ministry said guarantees would now also be halted from 2021 for projects involving heavy oil, shale oil and bitumen oil sands, which would affect the creation of up to 700 new jobs.

From 2025, public export guarantees would no longer be provided for the exploration and development of new oilfields, potentially at a cost of 1,800 jobs, followed by new gas fields from 2035, which could in turn affect 3,000 jobs.

The ministry said the later date for gas was because the fuel could help some countries during their transition to cleaner forms of energy. Le Maire said the deadline for gas projects could be brought forward depending on how the market evolved.

Over the last 10 years, the government has extended export guarantees worth 4.5 billion euros (US$5.3 billion) to the gas and oil industries with 60% still outstanding as of May, according to the finance ministry.

Among major projects in the pipeline, French oil and gas company Total SA has not requested export guarantees for its $20 billion LNG project in Mozambique while no decision has been taken on a Russian Arctic LNG project in which Total is involved, ministry sources said.

The finance ministry also proposed scrapping export guarantees for thermal power stations with emissions higher than the national median of the benefiting country from 2021.

The proposals will be submitted to parliament in the 2021 budget bill which is being considered by lawmakers now. (US$1 = 0.8472 euros)

The roughly $880 million in proceeds from the Eagle Ford asset sale will be applied toward Ovintiv’s goal to cut debt by around 35% to $4.5 billion by year-end.

This relationship will allow FourPoint and LongPoint to leverage RS Energy’s solutions, extending the depth and breadth of their technical evaluations while collaborating on innovative future projects. 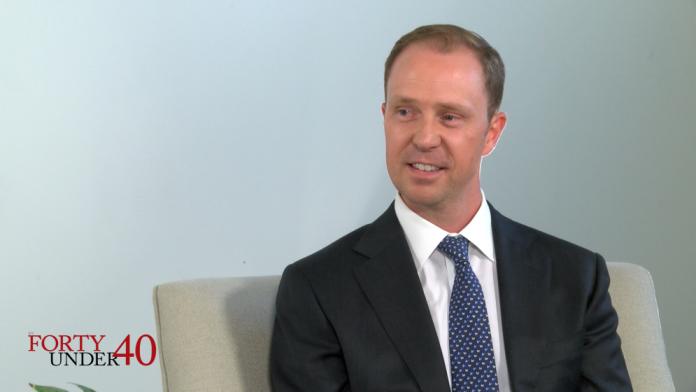 Today’s featured Forty Under 40 honoree is Brent Kelsall, one of the initial employees at FourPoint Energy who helped set the Denver-based company’s financial course.