China's state-owned offshore oil and gas producer CNOOC Ltd said it is confident of achieving its spending target this year, the highest since 2014, as it responds to a call to build up the nation's petroleum output and reserves.

The company plans to spend $10.3 billion to $11.8 billion on exploration and production, CNOOC said in a press release on Jan. 23, compared with an expected $9 billion in capital spending for 2018.

In response to the government's call, CNOOC pledged last week to double its exploration activities and proven oil and gas reserves in China over the next seven years.

The company is allocating more spending this year on domestic exploration and production, which will make up 62% of total expenditures versus last year's 51%.

"Our main focus will be exploring for large- to medium-sized oil and gas fields ... and will speed up exploration of natural gas," the company said in a presentation of its plans published on its website.

Domestic exploratory drilling will take up $2 billion, or 76% of total exploration spending, while overseas work will account for the remaining 24%.

In global exploration, CNOOC will speed up spending on the Stabroek block offshore Guyana, where an Exxon Mobil-led consortium that includes the Chinese company has tapped recoverable reserves of 5 billion barrels of oil equivalent.

CNOOC expects to bring six new projects, including the Egina oilfield in Nigeria and the Huizhou 32-5 oilfield in the South China Sea, on stream in 2019, the company said.

It also expects to drill 173 exploration wells this year, it said.

It will further reduce its cost of producing a barrel of oil in 2019, said company Chief Executive Officer Yuan Guangyu at a presser, without giving a specific figure.

CNOOC's domestic production will account for 63 percent of its total production in 2019, compared with 65% last year, the company said.

Here’s a quicklist of oil and gas assets on the market including the sale of Maverick Natural Resources properties in Indiana and Kentucky plus South Texas mineral acreage in Dimmit County leased by Freedom Eagleford. 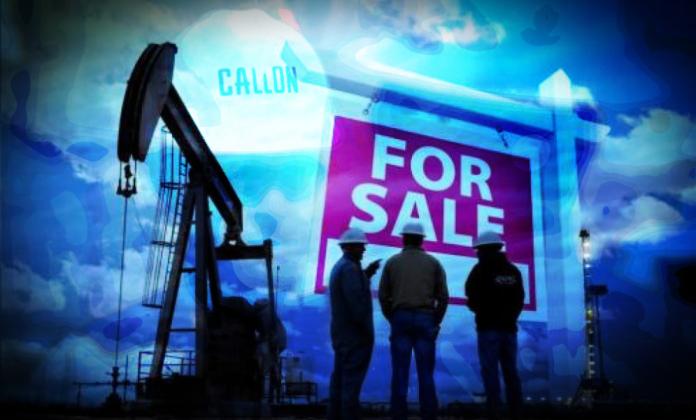 Here’s a quicklist of oil and gas assets on the market including the sale of Callon Petroleum’s nonop portfolio located in the Permian Basin and Eagle Ford Shale plus a Louisiana Austin Chalk package from Panther Energy.