Chevron Corp. reported a 26.3% jump in quarterly profit on Aug. 2, as higher oil and gas production and a one-time breakup fee from its failed bid for a rival more than offset lower energy prices and a rise in expenses.

Results benefited from a $1 billion fee it received after Occidental Petroleum’s intercepted its deal to buy Anadarko Petroleum with a winning $38 billion bid. The termination fee added $720 million to the quarter’s profit, Chevron said.

Its U.S. shale production rose 21% during the quarter, but was overshadowed by sharply weaker oil and gas prices. Like many of its rivals, Chevron also reported declining profits in its refining and chemicals units.

Chevron abandoned its pursuit of Anadarko in May, refusing to increase its $33 billion bid, saying it would not back down from a pledge to dilute the returns it promised investors.

The second-largest U.S. oil and natural gas producer’s daily production of oil and gas rose 9.1% to 3.08 million barrels, a record for the company. Its production in the Permian Basin, the top U.S. shale field, rose 21.5% over the same period a year ago.

The company said it has resumed share buybacks that were suspended during its acquisition talks with Anadarko. It expects to buy $5 billion in its own shares this quarter.

Chevron shares were little changed in premarket trading. The stock is up about 11% year to date. 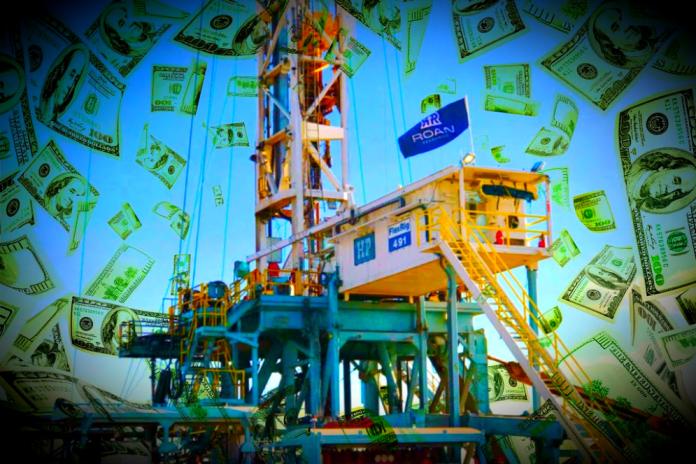 The merger of Roan Resources with Citizen Energy may portend future take-private offers for public companies that have largely been scorned by the public market.