HOUSTON—Energy infrastructure giant Williams Cos. has been busy advancing its natural gas -focused strategy, preparing for expected growth on the transmission, deep water and LNG fronts as it moves deeper into new clean energy ventures.

Like its midstream peers, the company is evolving as the sector is called on to help fulfill critical infrastructure roles in the energy transition by connecting existing and emerging forms of energy industry knowledge to meet low-carbon needs.

Working with the University of Wyoming, Williams is studying hydrogen production and potential impacts of hydrogen blending of existing energy infrastructure in the state. This work comes as it builds a partnership with New York-based Daroga Power to find clean hydrogen customers and offtake options in Wyoming, where part of Williams’ 4,000-mile bi-directional Northwest Pipeline transmission system passes. 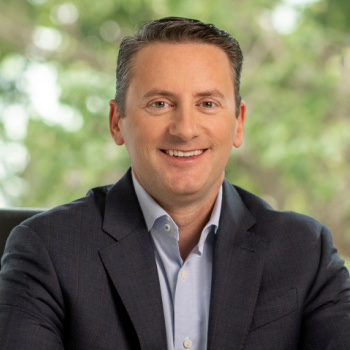 Williams is also working to decarbonize the Haynesville with a carbon capture and sequestration project. Add to this, development of 10 solar projects with 2024 in-service dates, investment in the Aurora Hydrogen production company and partnerships to certify low-emissions natural gas.

Hart Energy recently spoke with Chad Zamarin, senior vice president of corporate strategic development for Williams, about the company’s role in the transition to lower-carbon energy.

Velda Addison (VA): How do you see the traditional role of the midstream sector evolving amid the energy transition?

Chad Zamarin (CZ): We’re really strong believers in the fact that the current midstream infrastructure is critical to continuing to deliver natural gas here at home and around the world to further decarbonize in the energy mix. We’re also focused on making sure that same infrastructure can be a part of the next generation of energy. We’re exploring carbon capture and sequestration. We’ve announced a project in Louisiana where we’re gathering gas, delivering it to the LNG markets. But we’re [also] going to build the ability to capture CO₂ in the Haynesville, deliver it with the gas down to the southern end of our pipeline, remove the CO₂, permanently sequester the CO₂ and deliver that gas at a very low emissions certified manner. We’re building that kind of capability where we can further decarbonize the existing midstream infrastructure and leverage the existing infrastructure for the energy of the future.

We are participating in six different hydrogen hub applications. We’ve been making investments in technology. We’ve been exploring opportunities to leverage the existing infrastructure to not only move natural gas in an increasingly efficient way, but also move energy like hydrogen. For example, we’re looking at utilizing wind power in Wyoming to produce green hydrogen, blend it into the existing pipeline infrastructure and deliver it to customers. We have one of the largest pipelines that serves the Pacific Northwest, and it connects from Wyoming all the way to Oregon and Washington. So, it’s an opportunity to use a great wind power resource in Wyoming that’s really far from where the energy is needed. We can use that to produce green hydrogen and move it to customers across our system.

VA: As the U.S. strives to lower its emissions and use more clean energy, where is Williams seeing opportunity for growth?

CZ: Here and now, I think there is a recognition—an increasingly larger recognition—that natural gas has been the largest decarbonization tool that the U.S. has had for the last 15 years. That’s been through primarily displacing coal here at home, and that’s been great. But globally, we will burn more coal as a planet this year than in any year in the history of the planet. So even though we’ve done a great job here at home, displacing coal and reducing emissions with natural gas, there’s so much more that can be done from an international perspective. Not only are there the energy security issues we’re seeing in Europe, but even more importantly, the underlying fundamentals are still driven by Asia and 2 billion people that still cook their food and heat their home with wood, animal manure or coal. They need access to cleaner, more reliable energy. And, there is still a significant amount of coal both being burned around the world and also being installed.

The largest opportunity to reduce emissions here and now would be displacing foreign coal with U.S. natural gas. So, if we can increase LNG exports. There’s a tremendous demand for certified natural gas that comes from the United States to displace more coal. What we need to do as an industry here and now is be able to demonstrate the emissions reductions potential of the existing infrastructure and the existing gas that we deliver here and around the world.

VA: Do you all see any growth opportunities in the RNG space?

CZ: We do. It’s relatively small. We are connected to seven different RNG facilities across our footprint and we will be adding others, primarily landfills and some dairy farms. The volumes, though, are relatively small. When we think about the ability to scale up—we’re a big company, about a third of the nation’s natural gas moves through our systems—we’ve got four primary principles that we’re pursuing. Whatever we’re pursuing for the energy of the future, it’s got to have an emissions reduction benefit. It’s got to be something that you can invest in and get investment directed toward. We think it’s got to make sense for midstream infrastructure and play to our strengths. But importantly, it’s got to be scalable.

Editor’s note: This interview was edited for clarity and brevity. Check out the January 2023 issue of Oil and Gas Investor magazine for more about Williams and other carbon emissions management strategies unfolding in the U.S. energy sector.