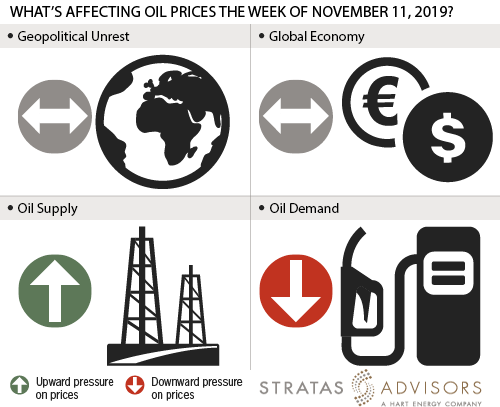 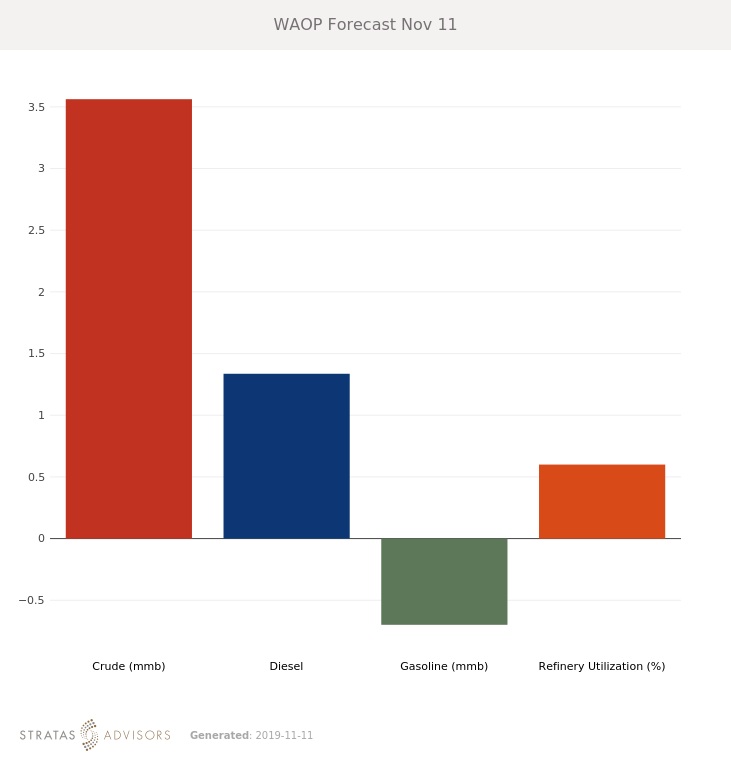 Brent crude averaged $62.33/bbl last week, as prices rose $1.19/bbl on headline rumors about a U.S.-China trade deal. WTI increased $1.54/bbl to average $56.90/bbl. For the week ahead we expect prices to be range bound. Statements from the White House will likely dampen hopes of a U.S.-China trade deal but rumors out of OPEC are that an extension likely will lend support.

NYMEX WTI managed money net positions and ICE Brent managed money net positions have both continued to climb on hopes that a preliminary trade deal will soon be struck between the United States and China. Headlines surrounding the deal dragged prices higher last week, although no actual new information has been released. For the week ahead, the White House is likely to continue downplaying any certainty in a trade deal in an effort to maintain its negotiating position.

Looking at fundamentals, product stocks in Europe present a mixed picture. Although gasoline and distillate have been draining, jet fuel and other products are building, dragging Total Product stock levels above the five-year average. In the U.S., lower crude runs are leading to stock builds, but are supporting product stock draws. Asian refined product stocks remain a source of concern, with diesel demand in particular appearing to slow. Product inventory builds should moderate in the months ahead as shipping sanctions and oversupply squeeze margins and force refiners to reduce run rates.

Day-to-day in the week ahead prices will chase headlines about a U.S.-China trade deal or an OPEC+ extension. White House efforts to talk down trade deal progress could weigh on prices, but rumors of an OPEC+ extension will provide a floor, keeping prices range bound. An OPEC+ extension at current levels would provide additional stability through what is shaping up to be a volatile first quarter of 2020. However, by broadcasting the likelihood of the extension now, and allowing it to be baked into prices, OPEC will see little additional benefit to prices when an extension if formally announced. Additionally, if the extension is at a lower volume or shorter length of time than assumed, prices could decline. 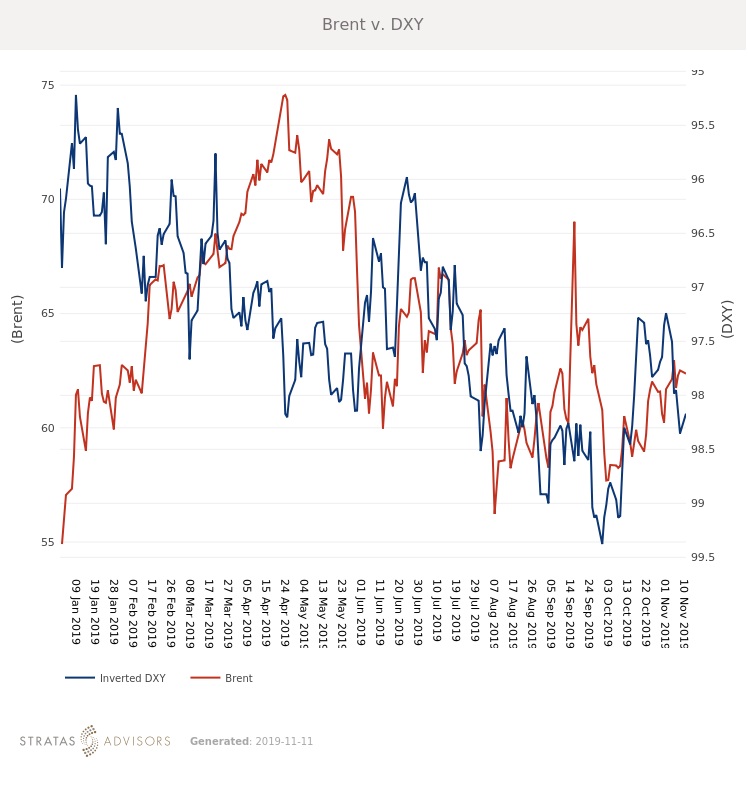 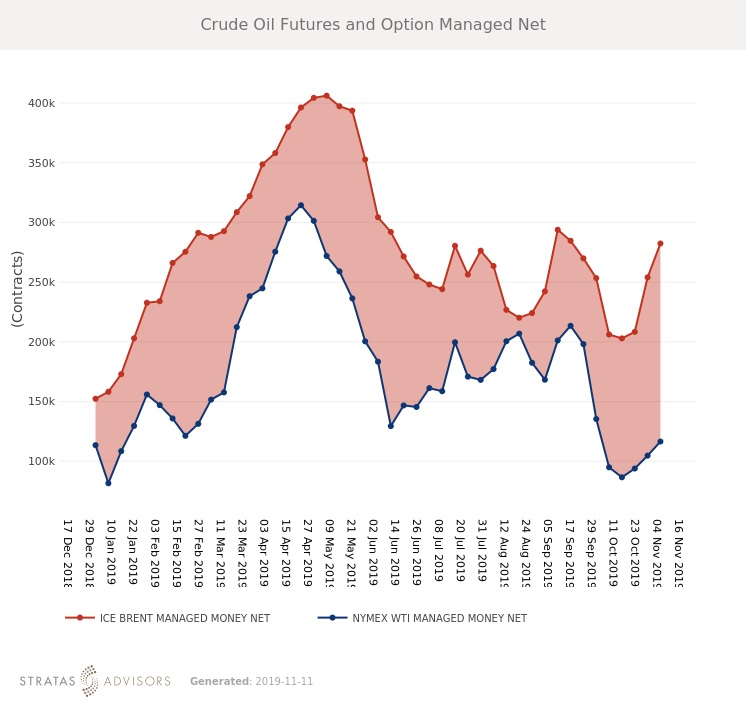 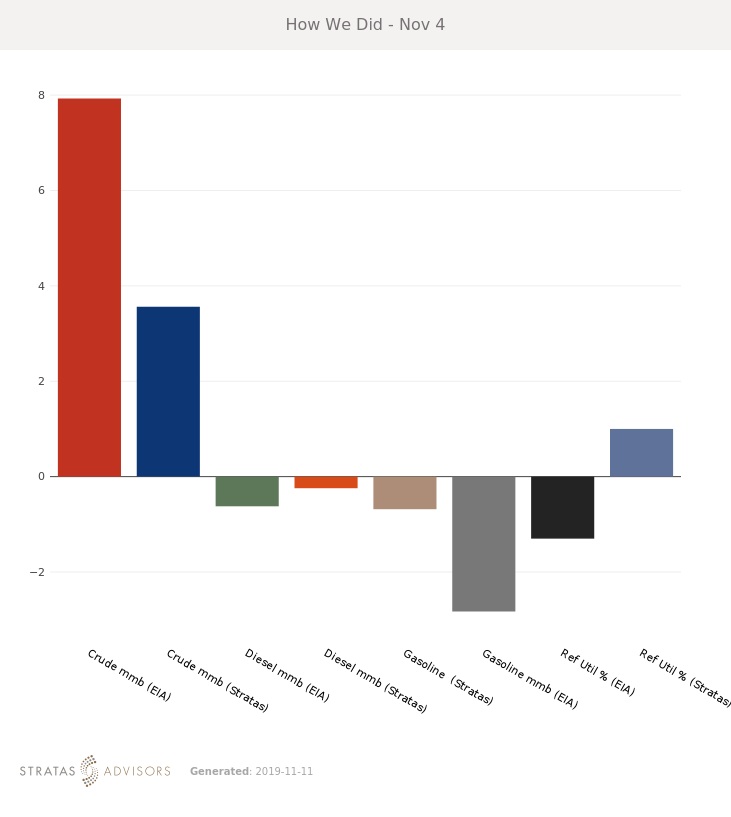 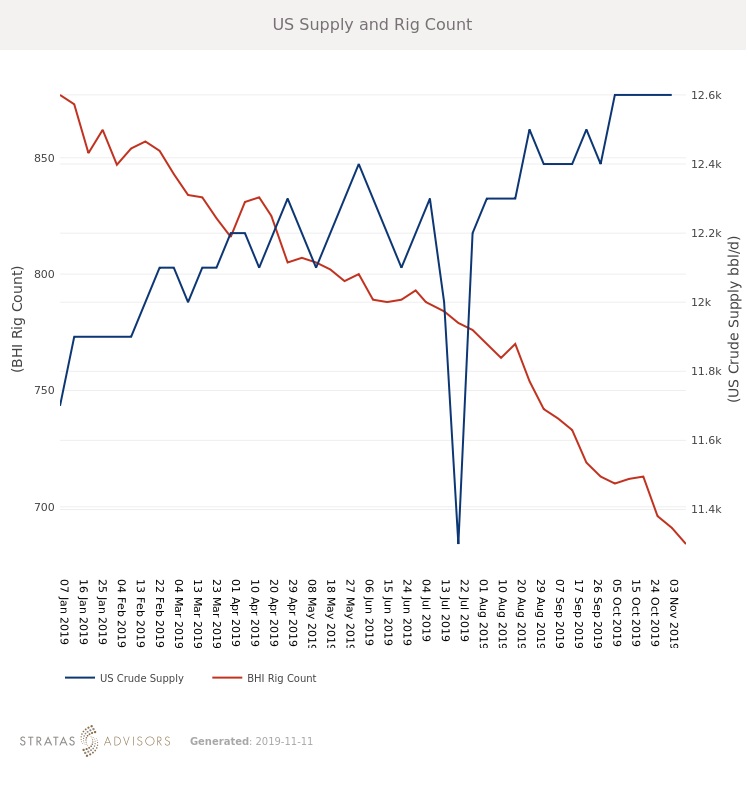