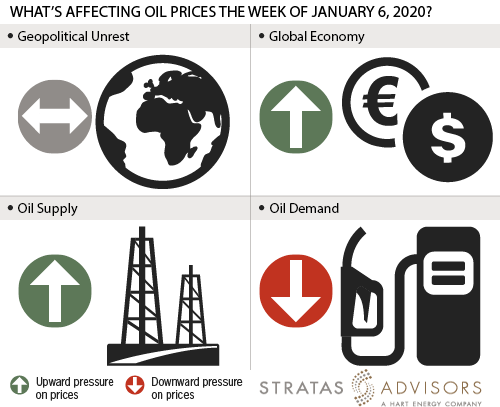 Much like the old real estate adage “location, location, location,” prices in the first full week of 2020 are all about “Iran, Iran, Iran.” Holiday movements were subdued over the past two weeks. However, prices on Monday are nearly two dollars above last week’s averages and current tensions may finally be enough to maintain that geopolitical premium. Stratas Advisors expect Brent to average close to $69/bbl in the week ahead as both Iran and the U.S. evaluate next steps.

There is plenty to support prices outside the political sphere as well, which could provide a floor if current tensions do rapidly de-escalate. A tentative trade agreement with China remains in place and the official deal is scheduled to be signed next week. The latest minutes from the U.S. Federal Reserve also indicate confidence in the 2020 economy with no plans to boost rates. Crude and product stocks entered the New Year generally at five-year average levels, and weak margins began to show some improvements although likely not enough to significantly encourage runs.

Surveys of the latest OPEC+ production numbers indicate that December production fell roughly 50 mb/d as Nigeria and Iraq increased compliance. The group of producers committed to even larger cuts for January-March 2020, and the latest December data will reassure markets that those cuts are on track. We have often cited this as one of the most bullish supports for prices in the first quarter. Regional tensions in the Middle East could easily lead to supply disruptions, lending further support to prices. 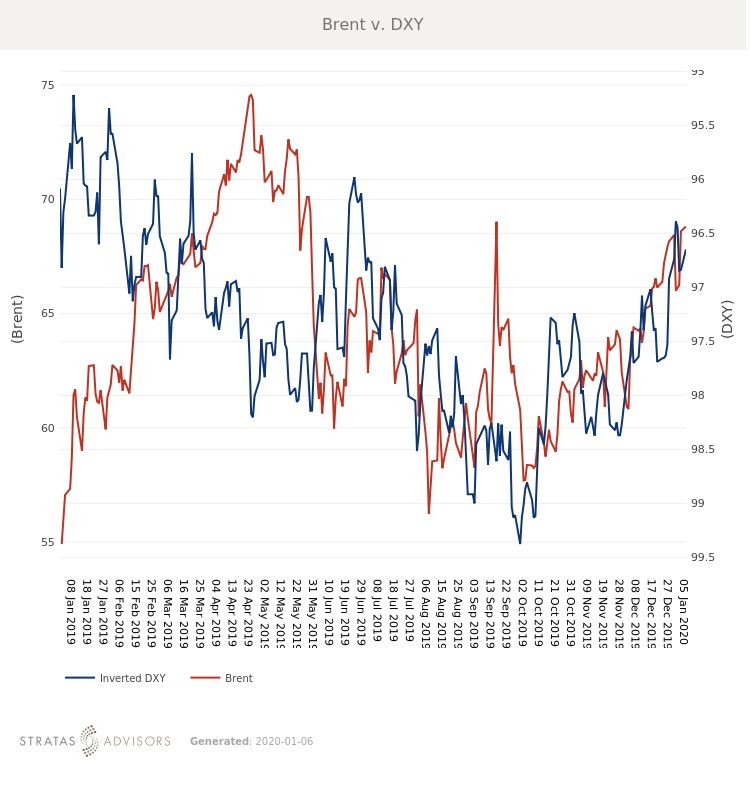 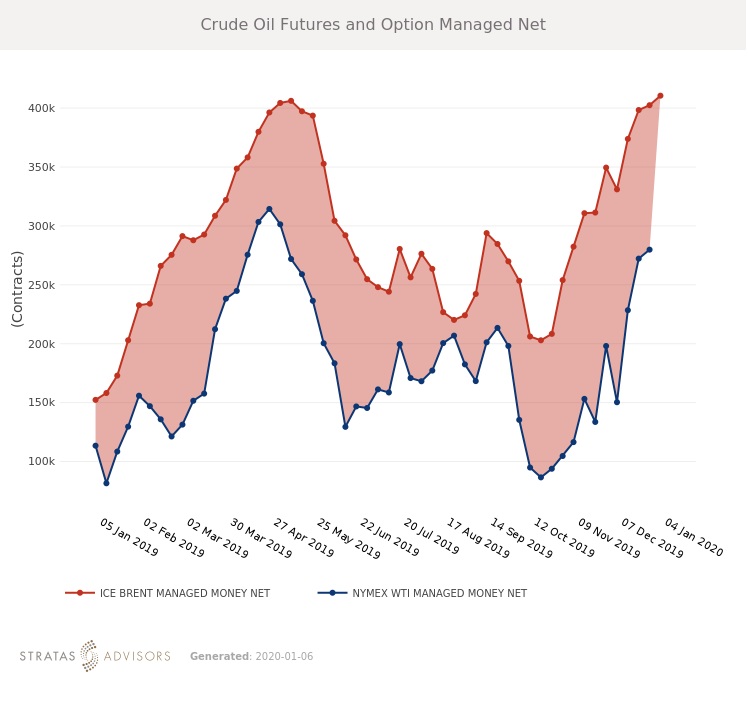 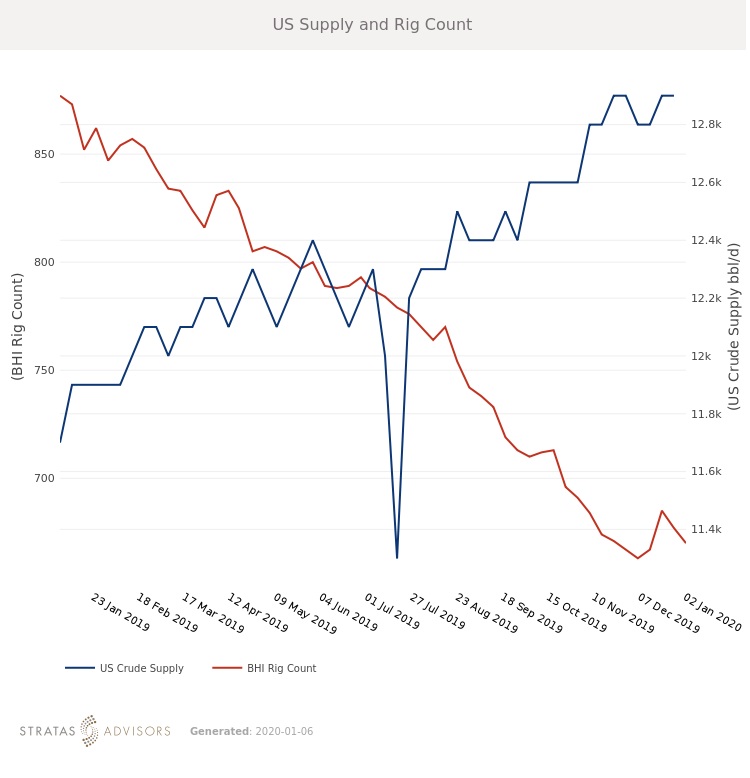 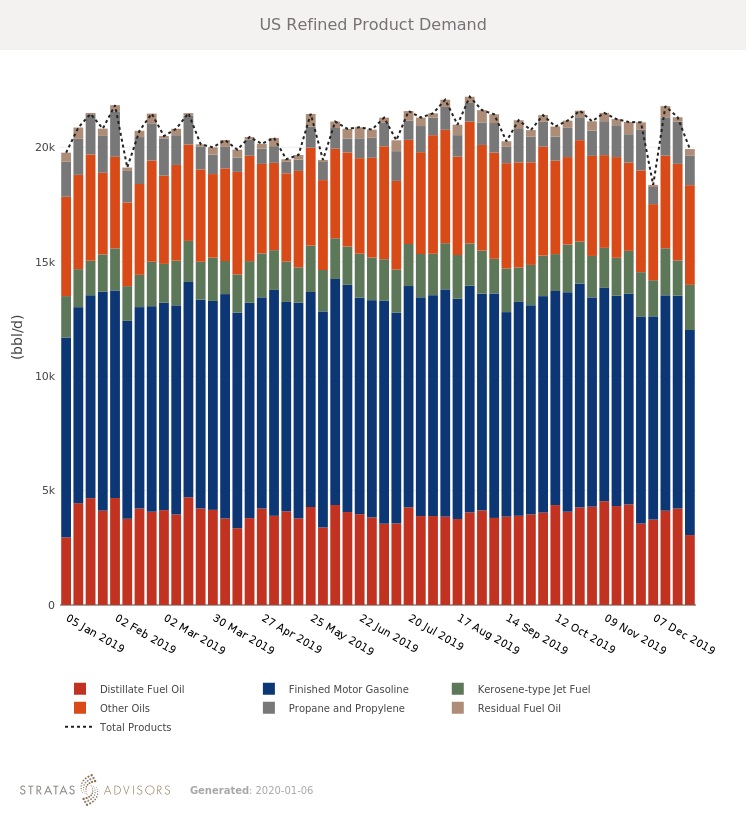 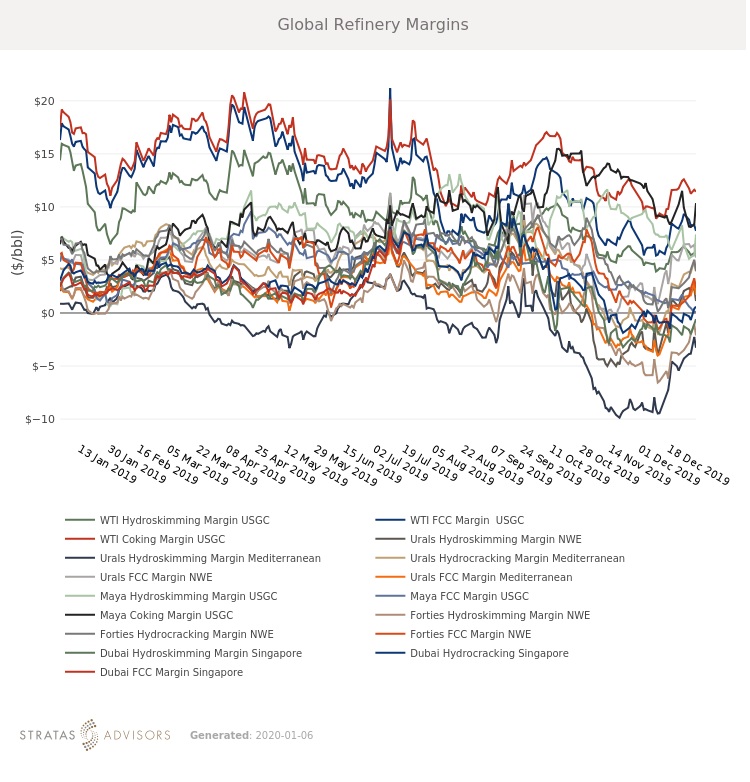