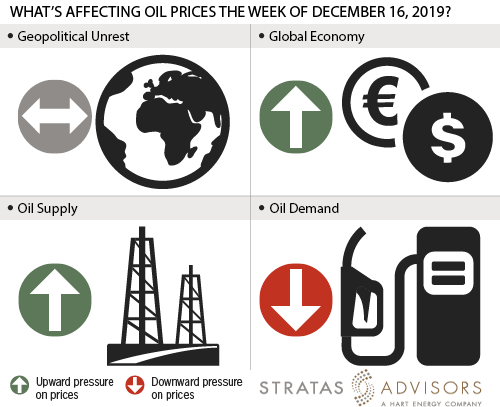 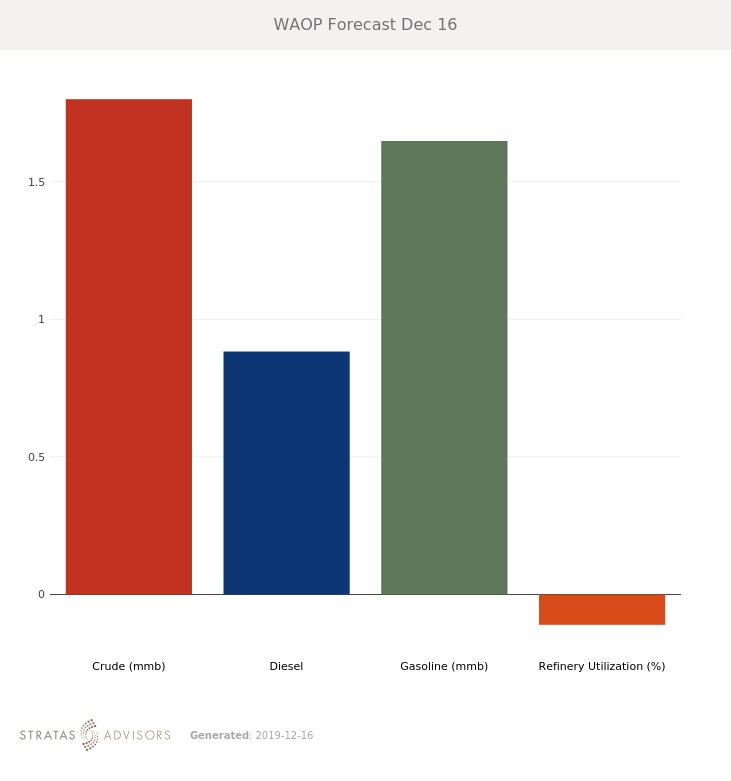 Markets continue to await full details on the U.S.-China phase one trade deal, but unless the details come out much worse than expected prices should hold steady. Prices are likely to trade fairly range-bound over the week after last week saw several major economic questions semi-answered. The weeks ahead could see some weakness as excitement around the trade deal wanes and also because of lower activity due to the holidays.

Crude and product stocks in the U.S. and Europe are ending the year close to the five-year average. In the United States gasoline stocks are elevated, in part as a byproduct of strong distillate production. Refining margins in Europe and Asia have weakened considerably during the last several weeks, and crude runs are likely to fall. This could pressure spot prices in those regions, especially Europe. 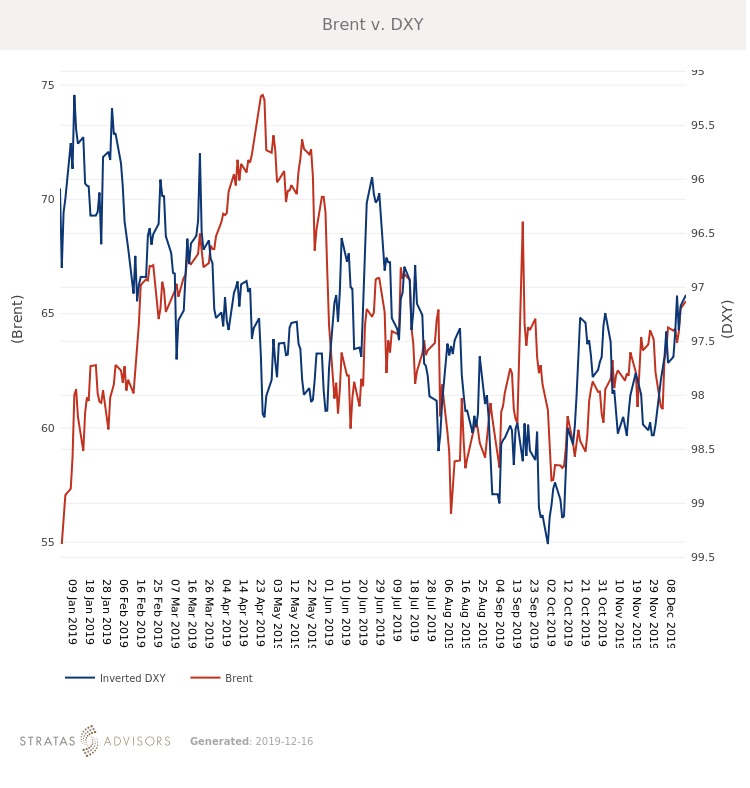 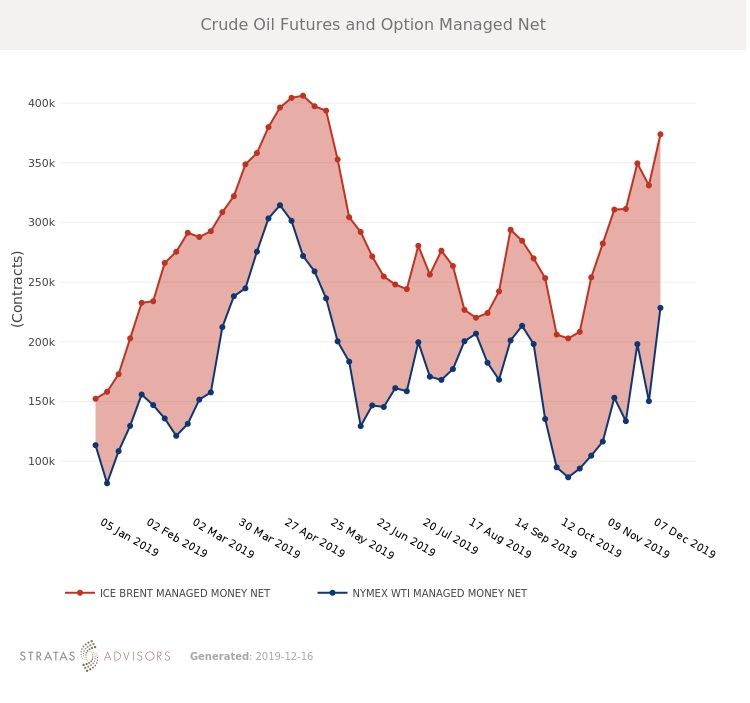 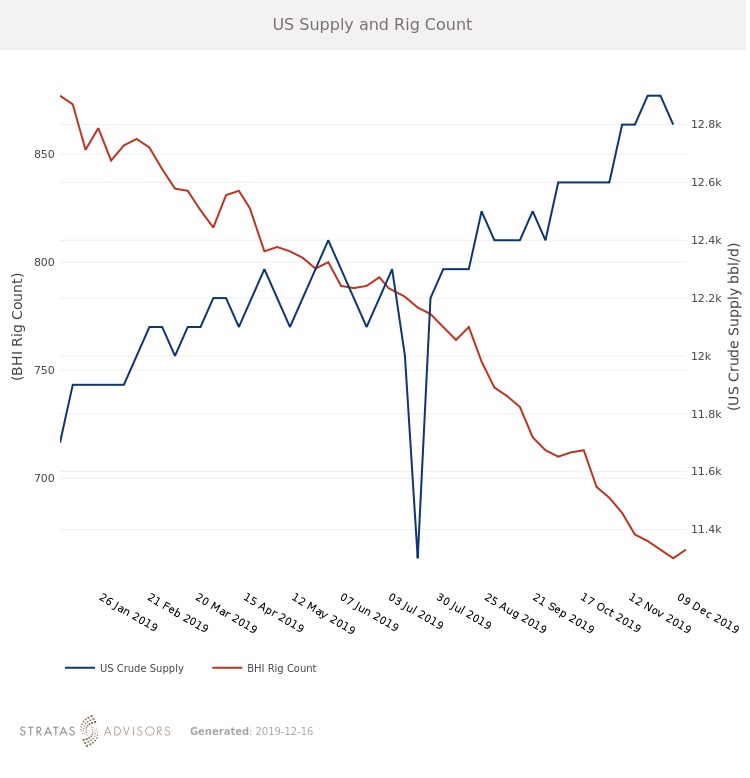 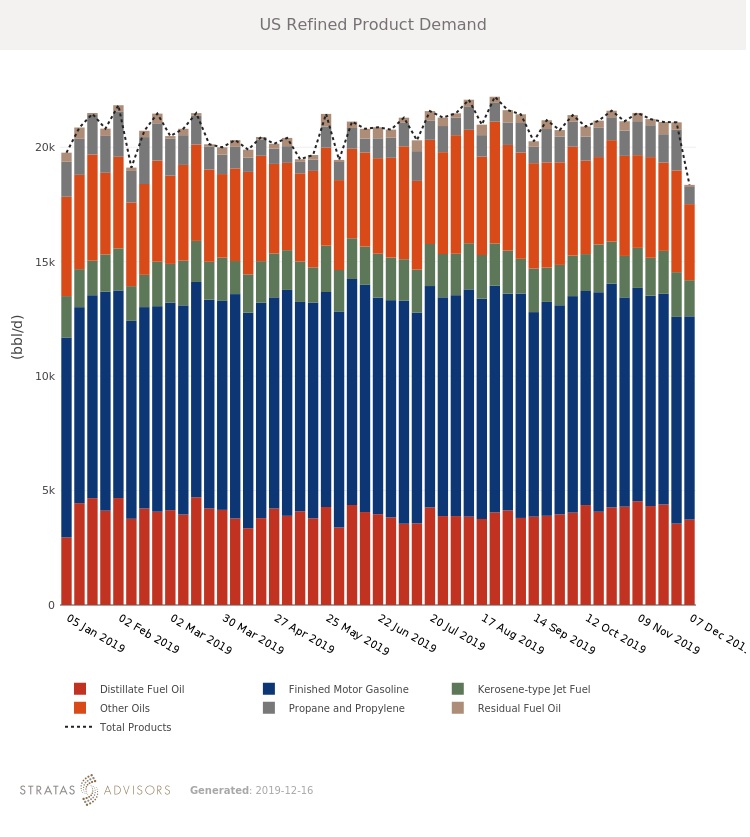 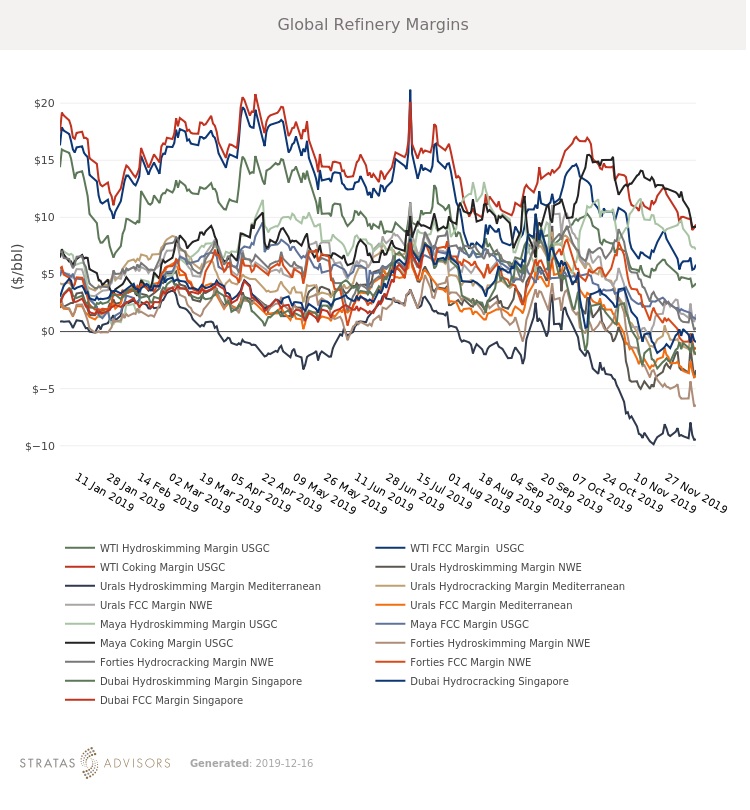 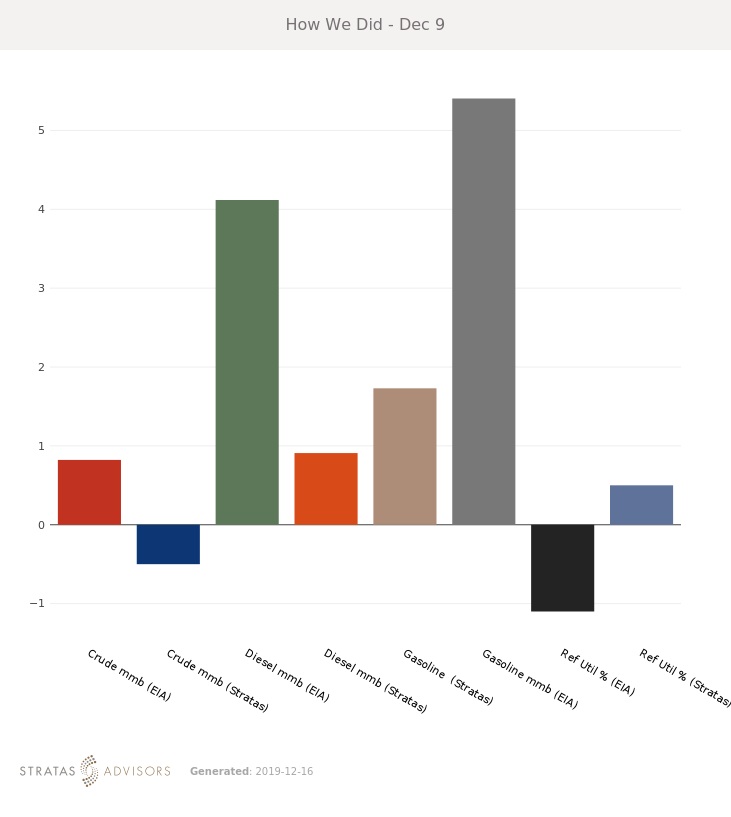