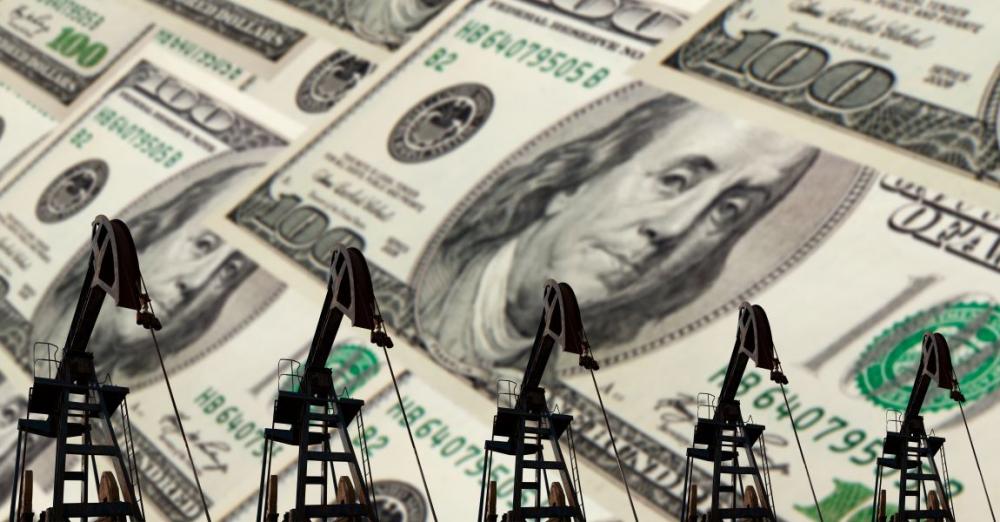 According to Stratas Advisors' latest report, volatility in the oil market will remain a feature due to "the uncertainty pertaining to macroeconomic and geopolitical developments coupled with the fragility of the supply/demand fundamentals." (Source: Shutterstock.com)

Editor’s note: This report is an excerpt from the Stratas Advisors weekly Short-Term Outlook service analysis, which covers a period of eight quarters and provides monthly forecasts for crude oil, natural gas, NGL, refined products, base petrochemicals and biofuels.

Looking forward, we are expecting continued volatility in the oil price because of the uncertainty pertaining to macroeconomic and geopolitical developments coupled with the fragility of the supply/demand fundamentals. 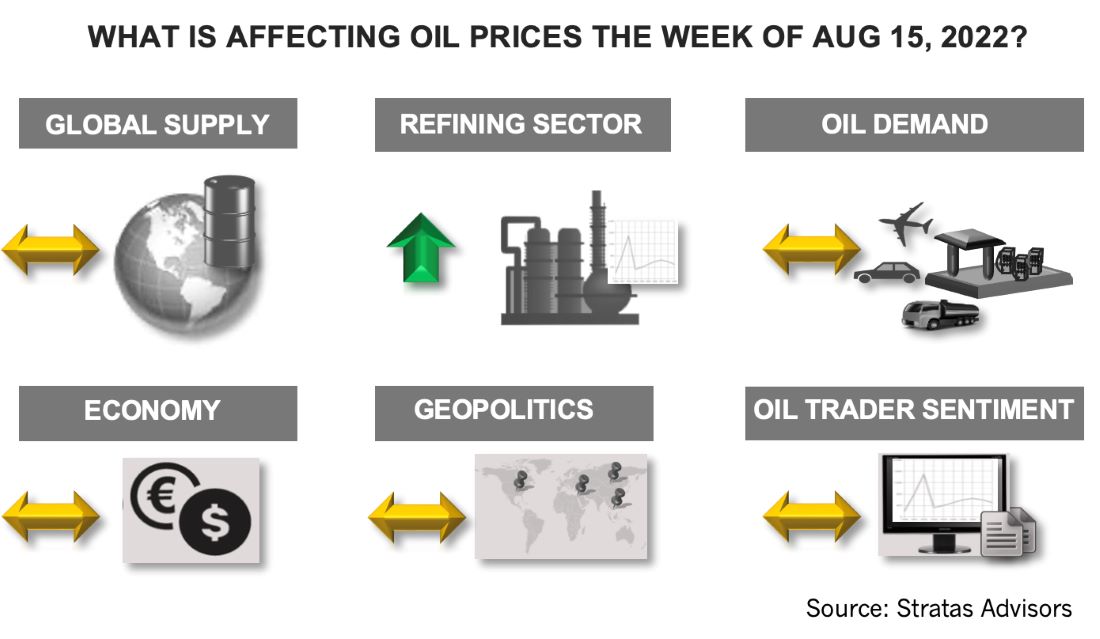 The inflation situation in the U.S. is showing signs of slowly diminishing. The inflation rate declined to an annual rate of 8.5% from 9.1% after prices were unchanged in July in comparison to prices in June. A big part of the decline was the drop in gasoline prices, while food prices increased by 1.1% during July. However, core inflation (excluding food and energy) increased by 0.3% in July and now stands at 5.9%. Another factor that is helping the inflation picture is that the labor market is cooling down. The latest report from the U.S. Labor Department indicated that initial jobless claims increased to 262,000, which is the highest level since last November. If wage increases continue to lag the overall inflation rate it is unlikely that the U.S. economy will experience long-term inflation. And higher wage increases, and aggressive hiring is not expected, given that labor productivity declined in the U.S. for the second consecutive quarter with productivity declining by 4.6% in 2Q after declining by 7.4% in 1Q.

In its latest monthly report, the IEA confirmed what we have been highlighting for many weeks that the impact of sanctions on Russia oil sector has been minimal. The IEA reported that Russia’s oil production in July was only 310,000 b/d less than before the initiation of the Russia-Ukraine conflict. Additionally, total oil exports have only fallen by 580,000 bbl/d. While the EU’s imports of Russian oil fell, China’s and India’s increases. China was the largest import of Russian oil in July.

While there continues to be noise about the western powers and Iran being on the verge of a nuclear deal – we remain skeptical. That said, it appears that the EU and the Biden Administration are willing to make concessions to reach a deal. It is being reported that sanctions would be reduced on the Islamic Revolutionary Guard. The relief would allow for non-U.S. citizens to do business with companies which have dealings with the Islamic Revolutionary Guard. Regardless, our view remains that such a deal would be met by stiff resistance from elected officials, as well as voters. As such, we do not believe that there will a deal anytime soon that will allow for Iran to move more oil onto the market.

The level of inventories in the U.S. Strategic Petroleum Reserve (SPR) continue to decline. Since the beginning of the year, inventories in the SPR have been drawn down by 129 MMbbl. In comparison, commercial inventories have increased by only 19 MMbbl. Previously, the Biden Administration indicated plans to start rebuilding the SPR by purchasing 60 MMbbl of crude oil with the call for bids to be placed during the fall of 2022. The timing of the deliveries is to be based on the forecasted market conditions and the expectation of significantly lower oil prices. The Biden Administration is hoping that the announced repurchasing will encourage increased production in the future.