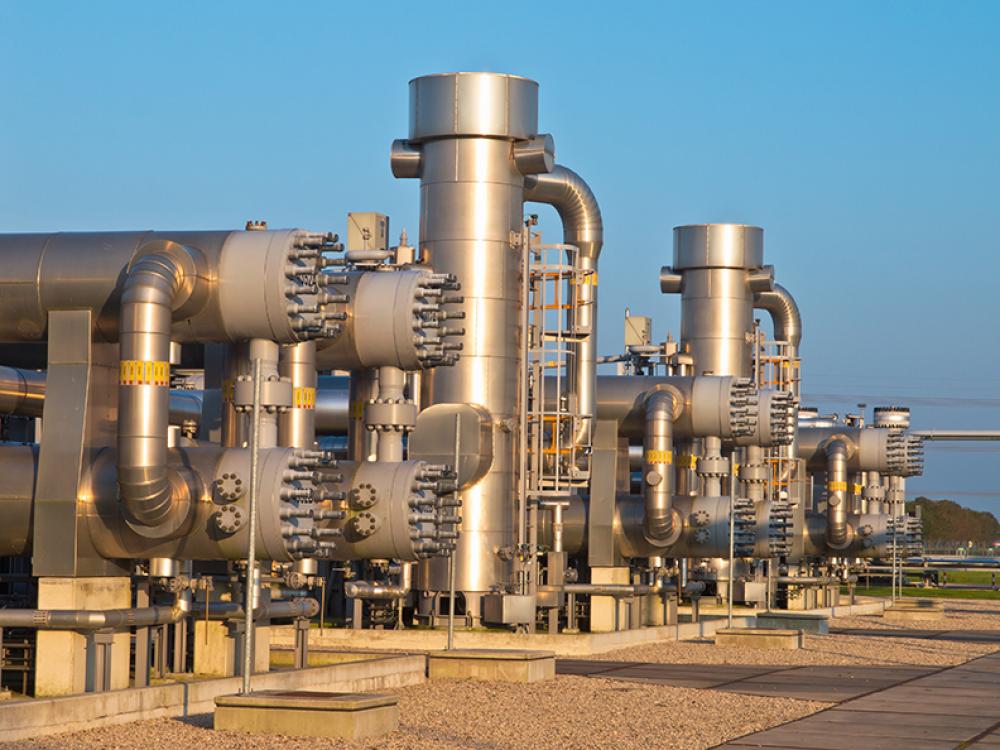 When we compare the week ended Oct. 19 to the previous week ended Oct. 12, we see tighter conditions which should impact the working gas storage data which the EIA will report this Thursday.

Bloomberg scrapes show us that production and Canadian imports are down on the supply side, and while power burn fell, the other major demand categories gained (exports, industrial and residential/commercial).

All in, we believe the EIA will report on Oct. 25 that the U.S. gas industry put away about 51 Bcf of gas into working storage during the week ended Oct. 19.

At present there is no consensus forecast shown for Bloomberg, but the five-year average is 74 Bcf, so we are significantly below average for storage injections in the second last week before the beginning of the 2018-2019 heating season. This theoretically could be a significant upward price trigger. But that is not our expectation for price movements this week.

The market has already begrudgingly bumped prices up nearly 19% from summer lows of end of July. And the markets will need to price in the newly announced startups of pipelines in Appalachia and also the mid-month restart of the hobbled FortisBC gas import pipeline into the U.S. Pacific Northwest, which should allow Western market gas prices to come back to earth from their upset-driven recent highs.

Furthermore, by the time of the approaching Thursday report, we think the next couple of days this week will shed more visibility on the even tighter conditions that are emerging in the current calendar week ended Oct. 26. So this time next week, after an Oct. 19 injection that is likely to be 20 Bcf below normal, we may be further discussing a miss on the five-year average for the Oct. 26 week as we ponder a heating season that will begin with not even 3.2 Bcf in working storage.

With an average 2.2 Tcf pulled out of storage in the last five winters, an average 2018-2019 winter, along with industrial and LNG plant startups we expect, could drive storage below 1 Tcf by the end of March 2019. The last time that happened was after the 2013-2014 winter where we all learned what a polar vortex was and when gas prices exited the heating season at $4.47/MMBtu amid working gas storage levels just teetering above 800 Bcf.

Fundamentally all this is bullish but from a price standpoint we think the market will need to have a breather and a wait and see range bound trading until winter arrives.

Supply tightness and prices in the Northwest should ease by midmonth as the Fortis pipeline outage gets rectified according to disclosures last week. Further, pipelines in Appalachia are going into service in fits and starts, so those too should add supply.

Lastly, on the demand side, the latest US NOAA climate prediction shows a weak El Nino pattern now developing which portends higher chances for slightly warmer than average winter conditions in the upper Midwest through the Great Lakes area and over to the Atlantic coastline. Those developments are more bearish than bullish for the near term in our view, and tend to offset the longer term more uncertain but bullish known and unknown dynamics we note below. 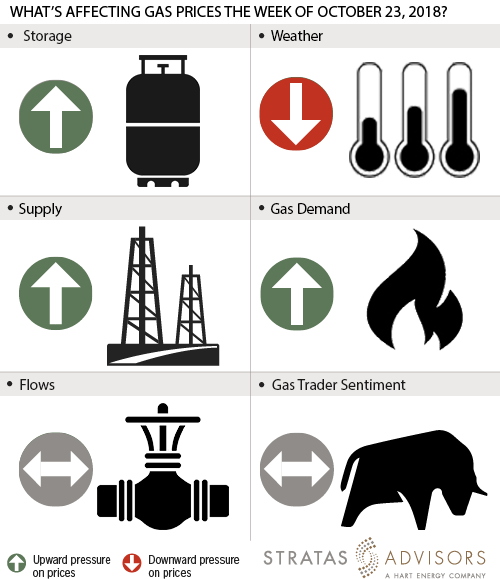 Fundamentally, given the data from Bloomberg, we see tighter field supply being a supportive factor for continued gas price gains in this report week. Bloomberg scrapes show us that gas field production was tighter this week by 125 MMBtu/d or nearly 1 Bcf for the week.

We expect that the latest milder-than-average outlook by NOAA, which cites a newly more noticeable El Nino pattern forming and calls for warmer than average temperatures for much of the consuming U.S., means that weather will not be a supportive factor for gas prices. There’s another NOAA forecast every month, so this one will likely have a moderate depressant on further gas price gains for a few weeks this early in the season.

As always, this winter's gas traders will react to known unknowns, unknown unknowns, and known knowns. The severity of the weather is a known unknown but it could push demand for heating and power higher than normal. The outages of pipelines or well freeze-offs in the field are unknown unknowns that can disrupt supply or demand. And the known knowns that we see pointing to higher demand through March 2019 include announced LNG plant startups and rising petrochemical plant demand for gas fuels to crack various feed stocks.

If the 2018-2019 winter is cold and if field or pipeline supply interruptions occur as new industrial and export facilities go online, this will be a wild winter which could see gas fall below the 824 Bcf working gas level of March 2014 that was seen after the polar vortex at the end of March 2014. Then, Henry Hub was trading at a $4.47/MMBtu price which is nearly 40% higher than current prices.

As we have been expecting, Henry Hub gas prices in the spot market have come up a good bit already this fall (up 19% from the end of July summer low of $2.72/MMBtu). So, despite positive storage fundamentals showing a very low storage levels heading into winter, we expect traders to discount additional positive fundamentals and take a less aggressive stance on future price run ups at least until he winter heating season arrives, gets underway, and shows its hand.

We believe the EIA will report on Oct. 25 that the U.S. gas industry put away about 51 Bcf of gas into working storage during the week ended Oct. 19. That ought to bring us to a level of under 3.1 Tcf with two weeks left to inject gas before the first week of the heating season of 2018-2019. Given that the five-year average injection over the last fortnight of the injection season is 100 Bcf, we continue to expect that gas storage will not even make it to 3.2 Tcf by Nov. 1. With an average 2.2 Tcf pulled out of storage in the last 5 winters, an average 2018-2019 winter could drive storage below 1 Tcf by the end of March 2019.

For the week ended Oct. 19, we anticipate that fall weather demand has stoked residential and commercial heating fuel demand by 54 Bcf and industrial demand grew by 5 Bcf while power burn in the utility sector dropped off 37 Bcf. LNG facilities on a net basis exported 5 Bcf more this week than last. Coupled with lower field production and lower Canadian imports, demand growth clearly outpaced any growth in supply and is leading to our expectation for subnormal storage injections on the week ended Oct. 19. We see this supra-supply demand as being a positive fundamental factor.

Pipeline startups and approvals in Appalachia are in the news but we see a slow ramp that should not affect gas supplies this week significantly, and the Fortis BC import gas pipeline outage across the U.S. Pacific Northwest border is still out of service. Canadian gas imports into the U.S. continued to face infrastructure or demand headwinds which drove lower imports by almost 1.5 Bcf for the week ended Oct. 19, according to our analysis of the Bloomberg data.

We also note that the operators of Elba Island LNG announced a delayed commencement for export flows from the first trains, moving those out into the first quarter of 2019 time period rather than fourth-quarter 2018. Although later than expected, we note these startups continue to be in the heating season and will begin when temperatures are at their lowest and prices at their highest. But all that is a story for later in the winter, not this week, when we see the outlook for gas flows and prices will more or less be neutral. 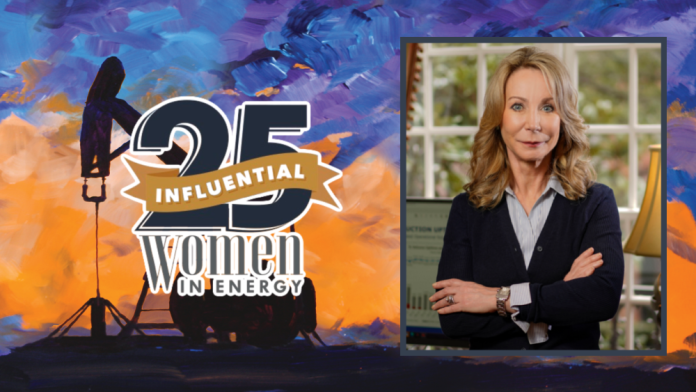 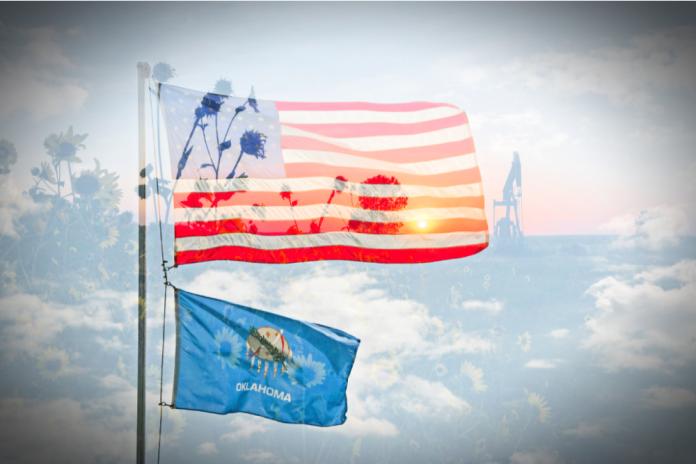 The majority of the acquired interests are focused within Continental Resources’ SpringBoard III project area located in the southern SCOOP play in Oklahoma, PHX Mineral said in a release.