Frustrated U.S. politicians desperate to lower gasoline prices are inching closer to passing legislation to bust up OPEC and crush its stranglehold on the global oil market.

The bipartisan No Oil Producing and Exporting Cartels (NOPEC) bill by Iowa Republican Sen. Chuck Grassley would change U.S. antitrust laws to nullify OPEC nations’ sovereign immunity and open them to litigation in federal court. Upon passage and a presidential signature, the U.S. attorney general could sue the cartel and its individual members, including OPEC de facto leader and sometime U.S. ally, Saudi Arabia. As part of the broader OPEC+ group, Russia and other producing nations could also be sued.

Senate Bill 977 has passed committees in both chambers of Congress. The Senate added the legislation to its general calendar on Oct. 18, positioning the bill for floor debate. The Congressional Budget Office has not put a price on the bill because it has no basis to predict Department of Justice action nor can it calculate potential outcomes.

Meanwhile, Grassley has said he wants to attach NOPEC to the defense authorization bill to ensure its passage.

Robert Jordan, who served as the U.S. ambassador to Saudi Arabia during the President George W. Bush administration, said NOPEC is not a good idea.

Anti-OPEC legislation is a perennial matter in Congress. Jordan told Hart Energy that it represents a lingering hangover of sorts in the American psyche, triggered by events such as the 1970s oil embargo, the 9/11 terrorist attacks on the U.S., and the price wars of the 2000s. 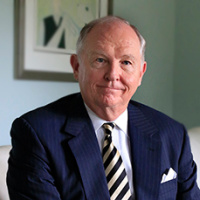 “I think they know [NOPEC] is a step in the wrong direction. It’s a step toward isolating and to some degree, rupturing the relationship.”—Robert Jordan, Former U.S. Ambassador to Saudi Arabia

In short, some Americans—including politicians when it suits them—are quick to blame OPEC action on member nations’ animosity toward the U.S.

To be sure, Saudi’s moral authority is at times questionable, particularly under the current regime of Mohammed bin Salman, known as MBS. Both before and after the gruesome murder of journalist Jamal Khashoggi, the human rights record in place during the MBS regime is problematic. The waging of war in Yemen is a sore spot.

But there are critical alliances that also exist between the U.S., its allies and Saudi Arabia, especially regarding counterterrorism intelligence, Jordan said.

“We need to remember that there is actually some value to these relationships with certain Gulf countries,” he said. “Those relationships need to continue. We need a stable Gulf and stable relationships in the coalition, as irritating as some of the short-term episodes that we encounter seem to be.”

Fallout from falling out

The impact of NOPEC legislation would sting more than Saudi and its oil-producing neighbors. Moreover, it would involve nations beyond Saudi and the U.S., Jordan said.

“The U.S. has military bases in the United Arab Emirates, Bahrain and Kuwait, among others could produce reprisals—all of which could further manifest as retaliatory legislation from some European countries—and in effect, lead to disinvestment,” he said.

The Saudis have significant assets in the U.S., including the refinery offshore in Texas. Saudi Aramco took 100% ownership of the largest oil refinery in North America in 2017, when it bought out its partner in the previous 50:50 split between Shell and Aramco. 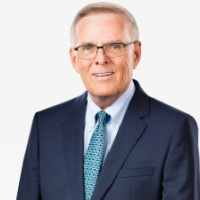 “[NOPEC] would be the perfect response. It would be the easiest action to take, to say that we’re not going to put up with the price fixing anymore and [place] trust in the cartel that exists.”—Byron Dorgan, Former Senator from North Dakota

“You’ve got to look at the impact on oil production. If what you’re trying to do is depress the price of oil, you’re going to potentially trigger significant adverse consequences to the American petroleum industry,” he said. “If lenders and investors are deterred from investing in the United States because the price of oil has been depressed, you’re going to see the U. S. be less energy self-sufficient. That creates enormous problems for the United States.”

Jordan has faith that many Americans see that it’s in the U.S. national interest to have a relationship with Saudi.

“I think they know [NOPEC] is a step in the wrong direction. It’s a step toward isolating and to some degree, rupturing the relationship,” he said.

Action, reaction and then more action

But OPEC and its allies, such as Russia, have already taken action against U.S. interests, said former U.S. Senator Byron Dorgan, who represented North Dakota as a Democrat in Congress for 30 years. He points to the group’s decision to cut production in October, following up on Biden’s entreaty to Saudi leadership for more barrels. The net effect will remove 2 million bbl/d of crude—about 2% of global supply—from the global markets.

“They’ve already taken action against us at a time when they should be increasing their production and they have the capacity to increase it. They decided to do the exact opposite,” he told Hart Energy. “The fact is, this has gone on for decades. The NOPEC legislation would remove the provision that exists in current law and allow an action against, in this case, the Saudis and OPEC.”

While the bill in previous years has stagnated, things are a bit different this year. Dorgan said both the president and Sen. Chuck Schumer have told him during separate conversations that NOPEC is on the table for consideration.

“This would be the perfect response,” Dorgan said. “It would be the easiest action to take, to say that we’re not going to put up with the price fixing anymore and [place] trust in the cartel that exists. It’s not fair. American companies can’t do this, and yet Saudi Aramco can.”