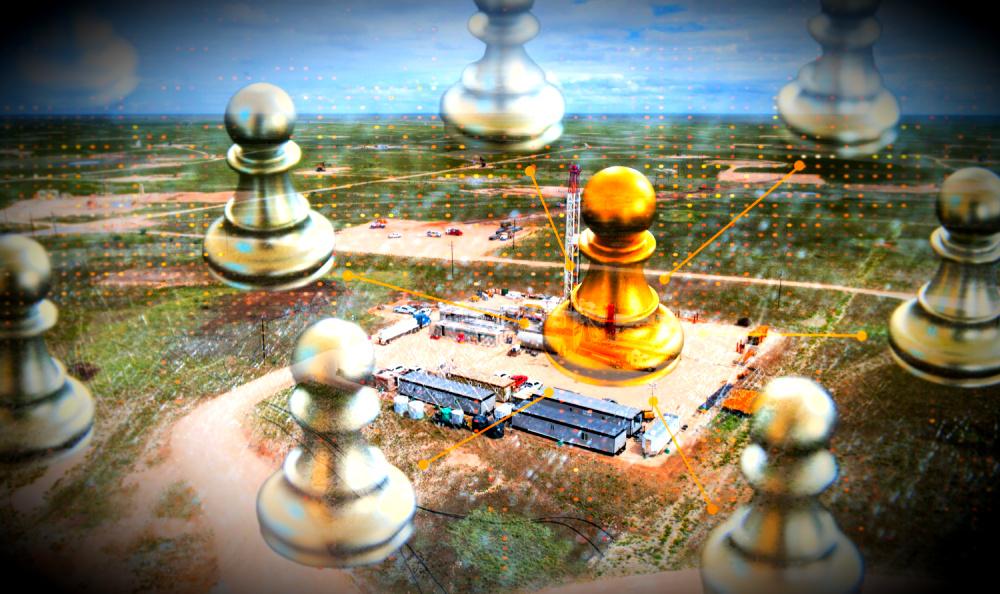 HOUSTON—The rules of upstream dealmaking fundamentally changed in 2021, comporting with the unofficial industry-wide mandate to seek out free cash flow and abjure growth.

M&A has followed suit by dismantling net asset value assumptions in place of a model that evaluates transactions based on returns-based finances with an almost paranoid skew toward the downside. Meanwhile, the A&D market has shifted to a returns-based approach that generally places assets at a lower but more predictable baseline, according to Joseph Small, head of U.S. oil and gas activity at CIBC.

Buyers now tend to test and re-test downside risks—evaluating assets at $40/bbl WTI and $2/Mcf natural gas prices—before they’re willing to pull the trigger on deals. In some cases, the risk buyers are willing to take has narrowed to a subtle allowance for reduced lease operating expenses (LOE), a contrast to the days when buyers envisioned $100 WTI and a quick exit within a few years, Small said speaking on a panel at the Independent Petroleum Association of America’s Private Capital Conference on Jan. 20.

“At the end of the day, those cash flow comps, they don’t lie. That’s the real deal,” he said. “That’s the money speaking. That’s what they’re paying.

“If you’re coming up with something that says there’s going to get 6x cash flows, and there’s been 30 deals that are between 3x and 3.5x, there better be a damn good reason for that.”

CIBC looked at 30 transaction comps from 2021 and found the average deal, based on cash flows, returned 3.4x, and in the Permian Basin, 3.2x.

Deals were all structured, Small said, with an exit horizon of 6-8 years with little growth as part of the valuation equation as deals are made to work within cash flow without adding rigs “from day one.”

“So, it ends up with a flat production profile, a flat cash flow profile,” he said. “Then you’re keeping it eight years. You’re not making some crazy exit assumptions” based on selling the asset at a premium. Buyers are also including plugging and abandonment (P&A) obligations into the mix, no longer willing to bargain that it will one day be someone else’s responsibility.

The Delaware Basin is now highly constricted, which has led to an increased focus on cashless land swaps that don’t change an E&Ps’ portfolio but high grades positions. Overall, Clancy said there were 17 Delaware Basin transactions with an average value of $1.4 billion.

“I think acquiring a new material position in the basin has gotten quite challenging,” she said. “There are limited remaining large investments available. The recent consolidation and field development has basically driven up new entry prices.”

The degree of consolidation has put the largest 15 operators in the Delaware Basin in control of about 80% of the basin’s undeveloped resources with the top five operators controlling about 50% of its resources.

Little unleased, attractive acreage remains in the core of the play, she said. That’s resulting in companies engaging in acreage swaps, which require limited upfront investment plus a great deal of cooperation among leaseholders.

“A lot of the western and southern parts of the Delaware Basin is checkerboarded,” she said.

Primary goals for companies are to secure long laterals, reduce breakeven prices and high-grade asset portfolios back into the core where possible and "optimize use of midstream infrastructure," she said.

While the exact number of swaps done is unknown since they’re unreported, it remains a special challenge for companies as they try to align their valuations with those of four or five operators in a section, as well as differing royalty interests across verticals and horizontals.

“Landing these deals has become very time-consuming,” Clancy said. “We had a three-section swap probably go on for two years. And it was brutal.”

Clancy said relationships continue to play a big part in how transactions are conducted.

“There are fewer large operators, meaning it’s really important to think about the long-term relations with them and collaborating,” she said. “Because people remember.”