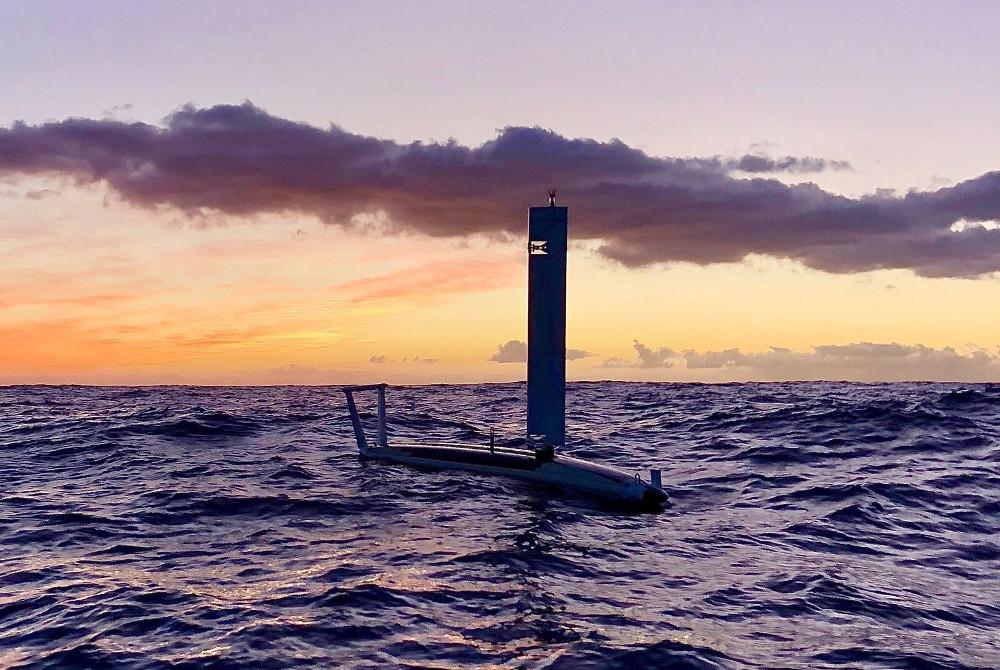 A San Diego-based company that makes small wind- and solar-powered unmanned, underwater and surface vessels decked with sensors is looking to enter the oil and gas scene, having recently landed millions of dollars in funding from Energy Innovation Capital (EIC) and Lockheed Martin Ventures.

The move comes amid growing interest for unmanned autonomous technology in the energy sector as renewables gain attention from some of the world’s biggest energy players.

Ocean Aero’s signature autonomous vehicle is the Submaran S10, which features a retractable wing sail for submerging and solar rechargeable lithium batteries. The vehicle, weighing about 280 pounds and spanning just over 4 m (13 ft) in length, can dive up to 200 m and capture via sensors wave, weather and seismic data among other information, detect hydrocarbons and communicate with other devices, according to the company’s website.

But there’s more than being able to collect data, including from equipment housed on the seafloor, according to Ocean Aero CEO Eric Patten.

“I’m a former Navy guy and when you got to put people in the water it’s dangerous,” Patten told Hart Energy. “We want to basically complement the current technologies so that we can add value but also increase safety and lower the hazards to humans.”

The less than 6-year-old company, which makes the boats not the sensors, hopes to gain knowledge from the energy sector to better respond to its needs—something attainable through its partnership with EIC, according to Patten. The group of investors said it has led investment programs at General Electric Co. (NYSE: GE), ConocoPhillips Co. (NYSE: COP), Energy Technology Ventures and Chevron Corp. (NYSE: CVX). EIC recently added managing partner Kevin Skillern to Ocean Aero’s board of directors.

Unmanned autonomous technology is being used for monitoring, data collection, mapping, marine mammal tracking, surveillance and security to name a few. It is being put to use in a variety of sectors, including defense and security, fisheries, oceanography and meteorology. The energy sector is no exception as companies use drones in oil and gas fields, along pipelines and at other facilities onshore as others use ROVs to carry out similar tasks offshore.

Missions accomplished for Ocean Aero have included communications and data gateway work for the U.S. Navy, Patten said. He spoke about how an Ocean Aero boat was able to communicate with an unmanned underwater vehicle, livestreaming data that was passed onto Ocean Aero’s boat acoustically, eliminating the need for an expensive offshore support vessel.

Possible mission sets for the energy sector, he said, could include passive acoustic monitoring for marine mammals; obtaining water chemistry data; collecting meteorological and oceanographic data using conductivity, temperature and depth sensors and acoustic Doppler current profilers to get insight on loop currents such as those in the Gulf of Mexico.

“When you’re putting platforms out there you need to know those things,” he said. “Generally speaking, the missions that we look to do are where people are being put in small boats and into the water to conduct those missions.”

For security and monitoring, the boats could be used to help ward off potential product thefts and piracy or even remotely remove local control or automated systems if there is a risk of systems or equipment being compromised, he added.

Patten said the wind sail propels the boat as long as there is wind—which typically is about 8 knots. The wind sail can be folded up, allowing the boat to go underwater. One of the company’s boats is built only for navigation and submerges 10 m, while the Submaran S10 goes deeper. Its components have been tested down to 350 pounds per square inch, and the company is working to expand to the amount of time it can spend at sea from about 30 days to six months.

Although Patten couldn’t say exactly how much funding EIC and Lockheed Martin Ventures invested in Ocean Aero, he said the company plans to use the funds to help it move toward full-production and manufacturing as the technology gains traction. The company is currently building a 40-ft boat, with the same capabilities as the company’s other boats, for the U.S. government, he said.

Sempra cites the pandemic’s effects as cause for the FID’s delay.

The partnership acknowledges the increased use of LNG as a marine fuel.

Plant would be located in the Pacific port of De Kastri.