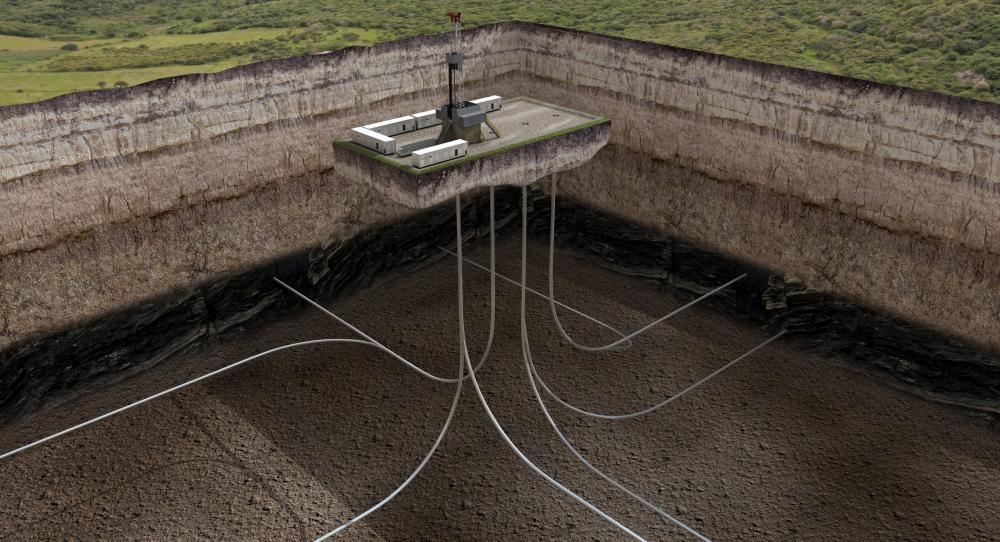 The first known multilateral well was drilled in Bashkiria, Russia, in 1953. It was a nine-branch well with barefoot laterals drilled by Alexander Grigoryan, a Russian drilling engineer. The well reportedly produced 17 times more oil than offset wells in the field at 1.5 times the cost. While an additional 30 wells of this type were drilled, it was not until 1993 that the modern era of multilateral technology began.

The nascent technology of directional drilling combined with MWD (DDMWD) began to emerge in the industry at that time. This technology truly unlocked the economies that multilateral technology provided to well construction. With DDMWD, horizontal drilling became manageable, and the ratio of reservoir section to top hole increased significantly. This greatly increased the value that could be recovered from a reservoir, and the introduction of multilateral technology was a means to multiply this effect.

While the promise of multilateral technology was considerable, there were certainly challenges to overcome. The first was the construction of the junction itself. Various methods have been devised to provide mechanical support in a wellbore junction, including liner tiebacks, cemented washover systems and fully hydraulically isolated systems. Many of the original construction methods of the late 1990s and early 2000s have since been retired, leaving a few systems to emerge as the most common and trusted techniques.

Another challenge to address was reliability. A well operation is not worth performing if it introduces an unacceptable risk to well deliverability. Like any emerging technology, many learnings were achieved during the first decade of multilateral well construction. Prototype systems were retired and stronger systems were refined. Ongoing continuous improvement began in all key elements of the technology, including equipment designs, personnel competency development, operating procedures and project execution processes. Such processes include the design of service, equipment selection, manufacturing quality control, workshop assembly and wellsite installation. Because of this disciplined approach to service quality improvement and process adherence across the entire project life cycle, some service providers have improved their current execution success rate to better than 96%.

The final challenge to overcome was efficiency. The value of adding a lateral to a well design is eliminated as the trips to achieve this begin to exceed the trips necessary to drill an entirely new well instead. One of the early hydraulically isolated junction systems [technology advancement of multilaterals (TAML) 5] was first run in 2000 and required six days of installation time (not including lateral drilling hours). More than 300 installations and 18 years later, a typical junction of this type is installed in three days.

The scale and scope of wells also evolved as challenges were addressed. In 2000 the most common multilateral installed in the North Sea was a TAML 5 dual-lateral well with an approximately 2,000-m (6,562-ft) screen in each branch and both legs commingling with no flow control or monitoring. Currently, trilateral TAML 5 wells are drilled featuring 5,700-m (18,701- ft) autonomous inflow control device screens in each lateral, totaling up to 17,000 m (55,774 ft) measured depth (MD) of exposed reservoir for the well, and fullsuite intelligent completions to enable downhole flow control and monitoring of each leg. At the same time, a system installation reliability of more than 99% is consistently maintained. 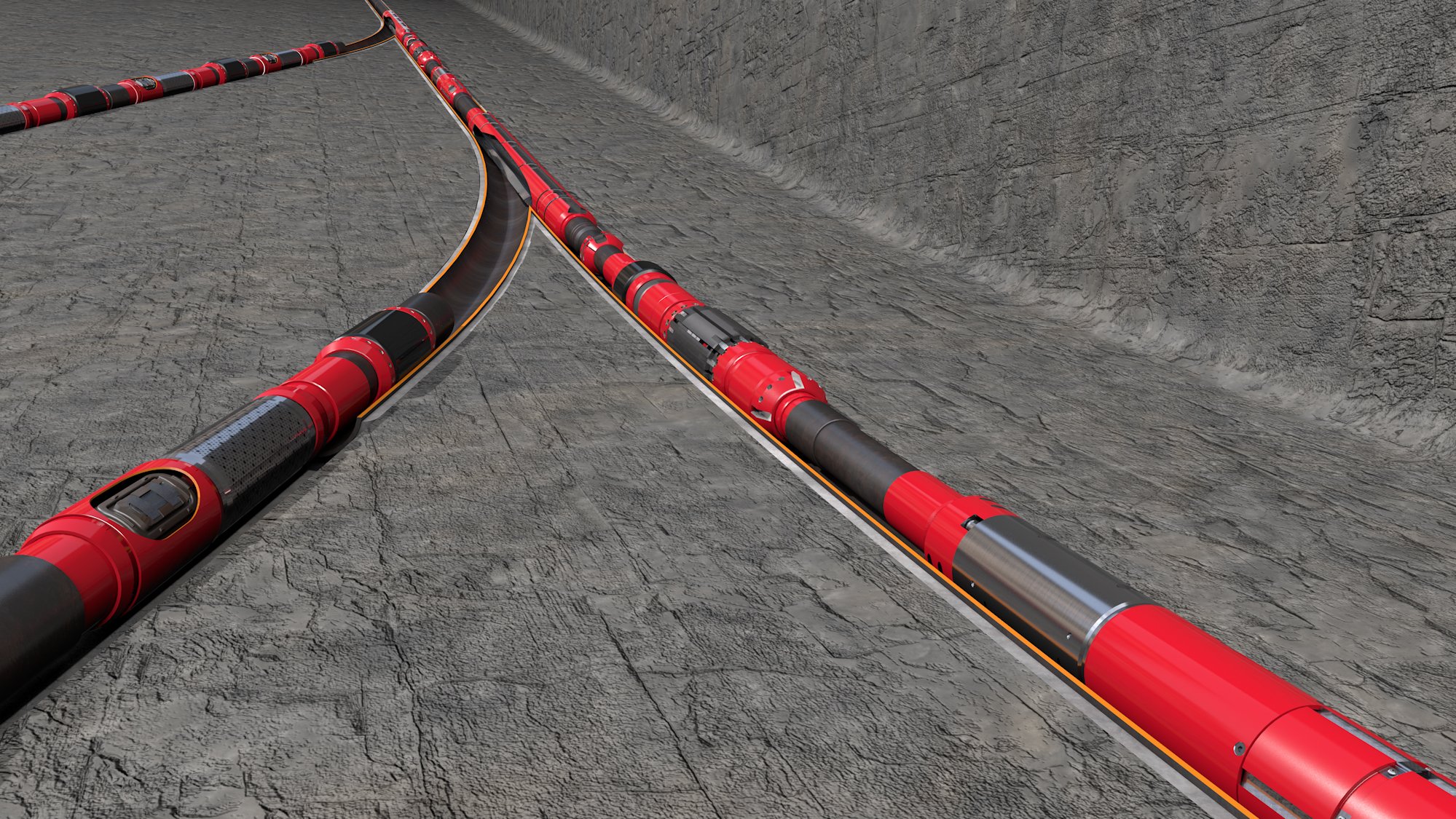 Adding laterals to infill wells remains an increasingly common method of enhanced recovery in mature fields, particularly in recent years of depressed oil prices. The prospect of accessing unswept zones in a well-understood reservoir, without needing to add new infrastructure to the field, has proven economically attractive and effective in numerous projects in the Middle East, North Sea, Australia and Russia. This is generally performed using a slot recovery, the production casing section being redrilled and cased and multiple laterals placed off of that new casing. Alternatively, the new lateral can be added directly from the existing production casing. This allows original lateral production to be retained and production from the new lateral tied back to the main bore. In some cases, the existing lower main bore is abandoned, and a conventional sidetrack is performed to create a new lower main bore reservoir section with an additional lateral above. In almost all of these brownfield applications, intelligent completions are implemented as a means of production optimization with water or gas breakthrough.

The infill lateral approach can be particularly economical during extended-reach drilling applications in which the costs to land casing at the reservoir are significant, and torque and drag might preclude exposing an economically viable amount of reservoir with a single lateral. Often, a second lateral is necessary to reach that viable amount of exposure. A recent project of this type was completed with a TAML 5 junction landed at a depth more than 6,000 m (19,684 ft) MD.

Modern multilateral technology has certainly matured as an accepted and efficient field development technique, having recorded more than 25 years of installation history and demonstrated reliability equivalent to conventional oilfield techniques. The current industrywide estimates for multilateral installations are

With multilateral technology being adopted for fullfield developments, there is sufficient evidence that recovery factors can be increased significantly through increased reservoir exposure and improved control.

Industry confidence in multilateral technology continues to increase, as evident through the number of operators from a diversity of geographies that have implemented multilateral completion methods during recent years. Largely driven by a challenging cost environment, operators are more compelled to achieve greater efficiency. Multilateral technology continues to deliver outstanding efficiency as well as provides a means of overcoming slot and surface footprint constraints.