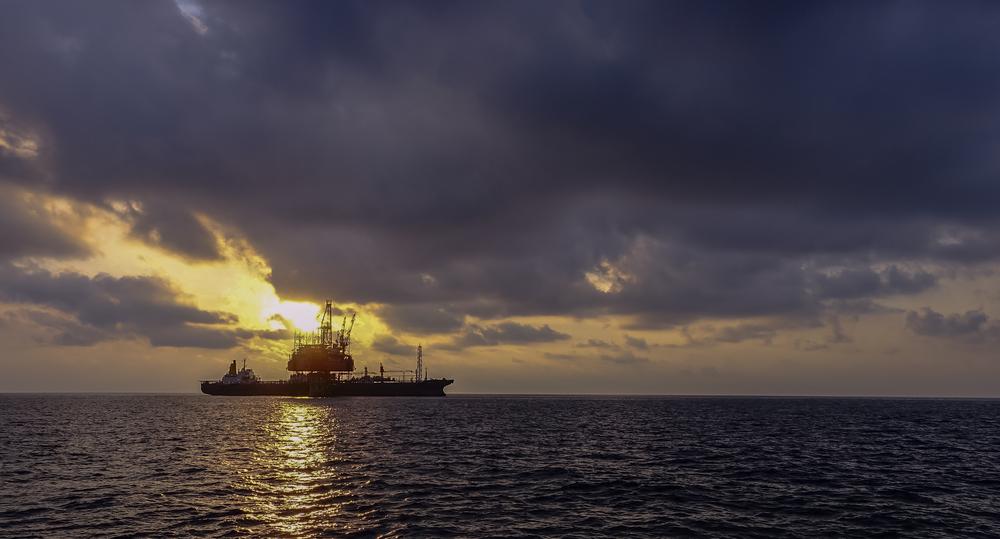 Tullow positions itself offshore Comoros, a potential future oil and gas hot spot, as it prepares to drill offshore Guyana next year.

When it comes to navigating the intricacies of the unknown, Tullow Oil is considered an expert, particularly in Africa where it has discovered over 4 billion barrels (Bbbl) of oil during its 30-plus-year history on the continent.

The London-headquartered independent E&P, which is behind the giant Jubilee and Tweneboa-Enyenra-Ntomme oilfield developments offshore Ghana, has reset its exploration portfolio and is ready to test its potential.

During the last few years, the company has exited noncore areas—like many of its peers—and focused on what it describes as high-value assets in Africa and South America. Since August 2013, Tullow’s reshaped portfolio shrank to 10 countries, down from 17, while the number of licenses dropped by two-thirds to 29, company executives said. Acreage fell to about 206,000 sq km (79,537 sq miles) from more than 346,000 (133,591 sq miles).

Tullow’s executives appear excited about the low-cost acreage it has loaded into its portfolio. These include assets offshore Guyana, Suriname, Comoros and Peru among other areas.

“Put simply we’re trying to do a lot more with less,” Cloke said.

But if the company’s planned three to five wildcat wells lead to discoveries, the prize could be big.

“These licenses have one thing in common: the follow-on potential,” Cloke said. “The major prospects…could be transformational for both Tullow and the host countries. This is a huge prize that we are going after and it’s going to be pretty busy.”

These opportunities include offshore Comoros, an independent state comprised of islands off the southeast coast of Africa. Tullow in late November announced it reached an agreement with Discover Exploration Ltd. to farm into blocks 35, 36 and 37 offshore Comoros in the Indian Ocean. If the deal receives governmental approval, Tullow will have a 35% operated position.

“This is a massive frontier opportunity at all scales—whether it’s the Turbidite systems, whether it’s leads that we’ve got mapped,” Cloke said. “We’ve been evaluating many licenses up and down East Africa. This one passed our selection criteria.”

Chasing giant Turbidite fans shut off the Rovuma Delta, the company is looking for oil in deep water offshore Comoros.

“We believe there’s an oil kitchen out here, outboard of the gas,” he said. 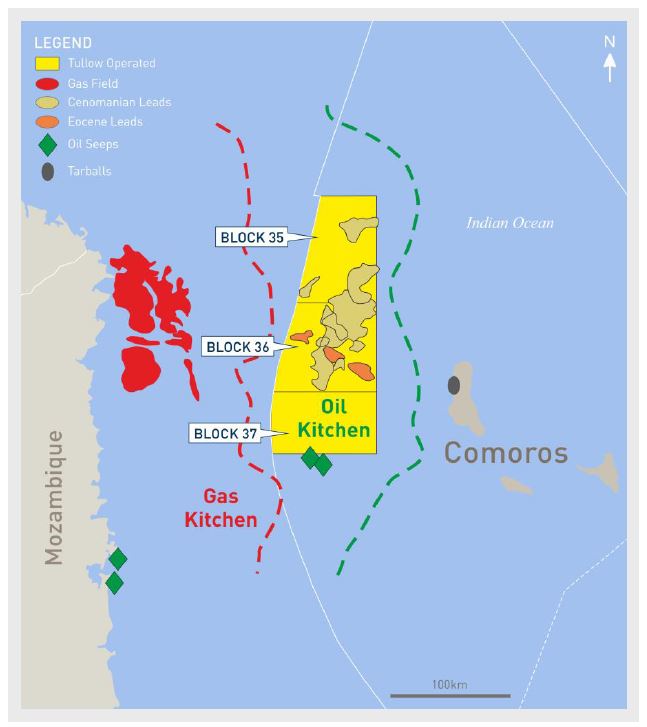 Currently, Tullow said it has tenders out for seismic work. Plans are to acquire 3-D seismic over the Comoros acreage in 2019.

“We’re positioning ourselves in a future hot spot before it becomes a hot spot just as we did a decade ago in Guyana,” Cloke said.

Tullow Oil, which has 60% operated equity in the Orinduik Block and 37.5% equity in the Kanuku Block, could be next in line to strike oil in waters offshore the small South American country.

“Put simply it has everything going for it. There is oil here,” Cloke said. “It is highly likely that the Hammerhead discovery announced earlier in the year comes into our block.” 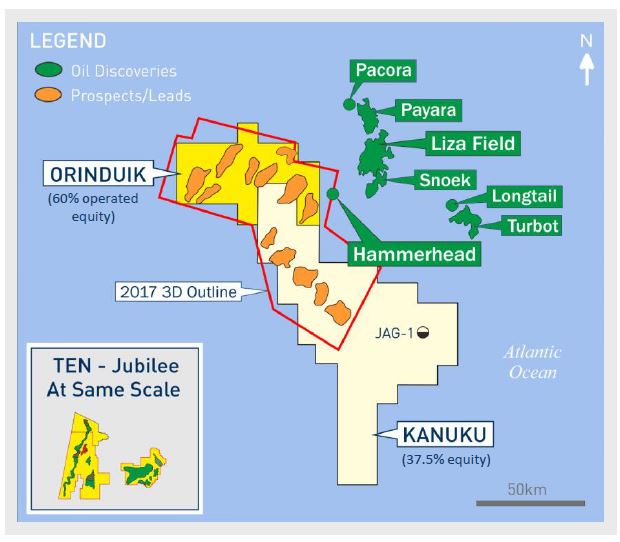 Tullow plans to drill two to three wells offshore Guyana in 2019, putting the area at the top of its list of priorities. About 1 Bbbl gross unrisked resources will be tested by the wells. Drilling candidates for 2019 include Amaila, Jethro, Aurituk and Carapa, all Tertiary prospects, plus Kumaka and Carapa, which are Cretaceous prospects.

The company has acquired 3-D seismic across the Kanuku and Orinduik blocks, Cloke said, calling the quality excellent.

“We can use AVO to derisk the Tertiary and prospectivity at the Cretaceous has been seen from the Liza discoveries,” Cloke said.

The Orinduik prospects are in a string of Turbidite channels deposited across a series of terraces, he explained, noting they fill and spill through the Orinduik and Kanuku licenses and out into the Liza licenses.

“The wells will be simple. The water is shallow, and the commercial terms here are excellent. … We will be aiming to commence drilling here in the first half of next year.”

If the company strikes oil, it plans to move from exploration and onto appraisal, development and production to mark first oil within three years.

“If we are successful, they [the prospects] offer exceptional economics,” he added, later noting long lead items have been ordered and rigs identified. “The IRRs here are in mid-$20s, breakeven oil price in the low $30s.”

However, despite the major discoveries made offshore Guyana, Cloke cautioned that “this is still exploration. … Mother Nature can be cruel.”

He recalled a few dry wells in the area. Exxon Mobil’s Sorubim and Skipjack failed to encounter commercial quantities of hydrocarbons.

“When you look at the potential here, this could be a possible game changer for Tullow,” Cloke said.

In all, Tullow believes the acreage holds about 4 Bbbl of gross mean unrisked resources.