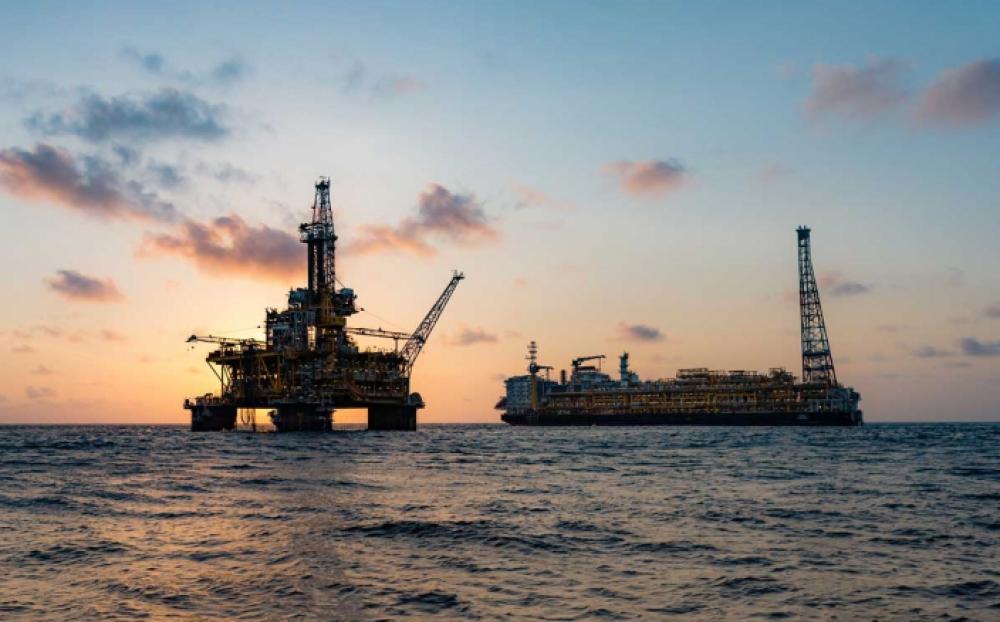 Part of a joint project, Moho Nord follows the Moho Bilondo Phase 1b development, which started production in 2015. (Source: Total)

The Moho Nord development, deemed the “biggest oil development to date” for Congo, has come online with a production capacity of 100,000 barrels of oil equivalent per day (Mboe/d), Total said March 15.

Targeting Miocene and Albian reservoirs in the South Atlantic Ocean, the development features 17 subsea wells tied back to a new floating production unit (FPU) called Likouf and another 17 subsea wells developed from a new tension-leg platform. Water depths range from 450 m to 1,200 m (1,476 ft to 3,937 ft).

“Moho Nord will contribute to the reinforcement of the cash flow of the group and to its production growth,” Arnaud Breuillac, president of E&P for Total, said in a statement.

The startup comes amid the company’s push to grow production by more than 4% this year, part of an effort to increase production by an annual average of 5% to 2020. In February, the Paris-based company said it planned to launch about 10 projects during the next 18 months and add resources to its portfolio.

At the time, Total said its breakeven was down to less than $40/bbl and is expected to continue falling.

“Since [year-] end 2016, Brent increased to around $55/bbl with the announced production cuts agreed by OPEC and non-OPEC countries, including Russia. However, inventory levels are high and prices are likely to remain volatile,” Total said last month.

“In this context, the group is continuing to cut costs with the objective of achieving $3.5 billion of cost savings in 2017 and bringing production costs down to $5.50/boe for the year. Investments are moving into the sustainable range needed to deliver profitable future growth and are expected to be between $16 and $17 billion in 2017, including resource acquisitions.” 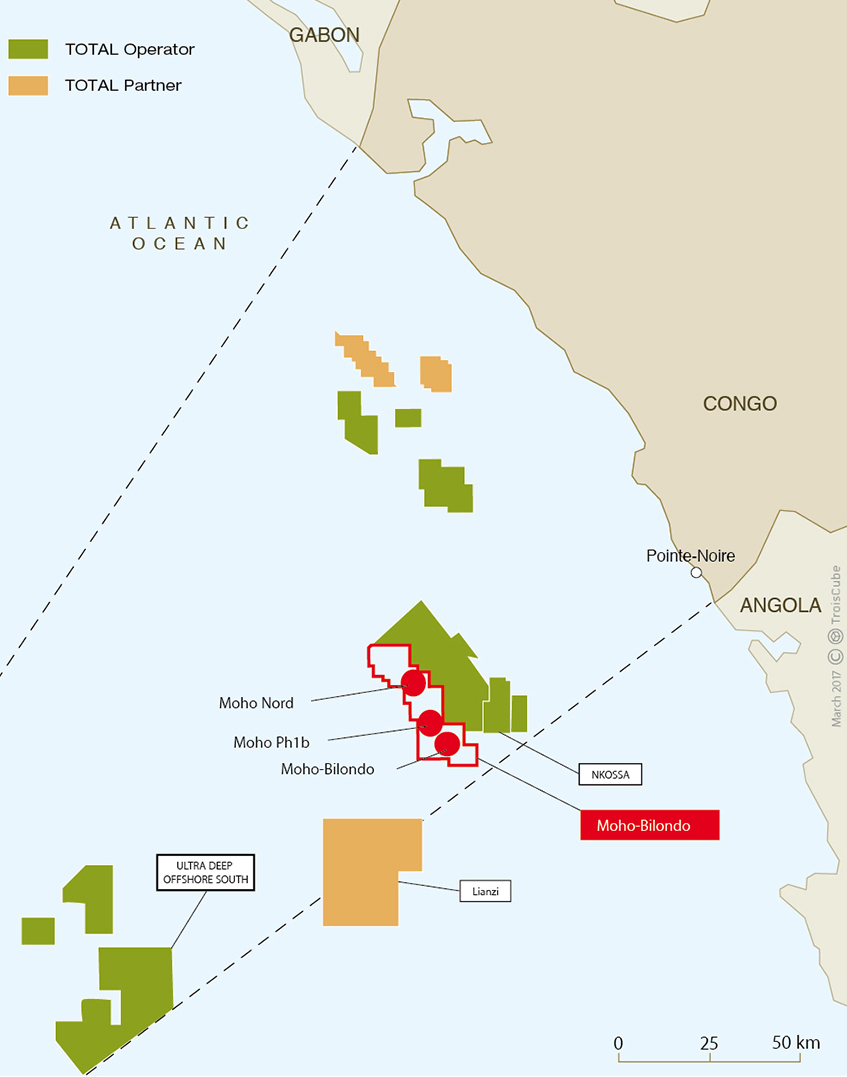 Moho Nord is located in the northern part of the license area. Oil processed from the development’s new FPU is being exported via pipeline to the Total-operated Djeno onshore terminal.

“The facilities are designed to minimize their environmental footprint,” Total said. “There will be no routine flaring and the all-electric design improves energy efficiency by optimizing the amount of power needed to run the installations. All the produced water will be reinjected into the reservoir.”

Total, which serves as operator, holds a 53.5% interest in the development. Partners are Chevron Overseas (Congo) Ltd., with 31.5% interest, and Société Nationale des Pétroles du Congo, with 15%.

The development is expected to help reverse declining oil production due to maturing fields in the medium term, as well as boost revenue for oil-dependent Congo. According to the U.S. Energy Information Administration, Congo ranks among the top five oil producers in Sub-Saharan Africa and mostly develops resources offshore, although there are efforts to increase onshore production as well.

Total is Congo’s leading oil producer, having produced an average 89 Mboe/d in 2016, the company said.

2022-07-05 - Amazon.com Inc. founder Jeff Bezos has locked horns with Biden’s administration in the past. In May, he accused Biden of misleading the public and blamed his administration for a spike in inflation.