Variable wettability, the affinity of a rock surface for oil vs. water within sandstone reservoirs, has posed a particularly difficult problem in characterizing reservoir flow properties, which is critical for optimizing oil production and minimizing completion costs. Sandstone reservoirs range from water-wet to strongly oil-wet. Wettability controls the type and volumes of produced fluids and strongly controls residual oil saturations (a major component of recovery factor).

Quantifying and determining the distribution of oil, gas and water is necessary to optimize oil production and is particularly important when designing recovery methods for primary and secondary drainage. Such estimations are complicated due to variable reservoir properties, fluid saturations and wettability, which can vary at the pore scale. Reservoirs that have mixed wettability are particularly difficult to evaluate for the implications of wettability on irreducible fluids, a major control on the amount of oil that is permanently trapped in the rock.

Advanced logging suites, including nuclear magnetic resonance (NMR) logs, can be useful in separating solid from liquid phases and estimating oil saturations. However, assumptions on wettability and fluid properties are required to interpret these specialty logs, which provide only remote and indirect measurements.

While standard methods of determining wettability from core can provide data on the bulk rock behavior, they do not give information about internal variability at the pore scale. Laboratory tests can be run to calibrate and validate the log data, but these are time-consuming, expensive and often inconclusive. The ambiguity of the results is a major issue when the rocks are not fully water-wet. Standard laboratory procedures involve cleaning the samples, which alters the wettability and changes the NMR response, invalidating the comparison between laboratory and log data. No standard laboratory measurement can identify oil-wet clays; conventional wisdom says that clays are always water-wet.

Digital rock involves imaging to provide data and insight on rock composition, rock properties and rock/fluid interaction. Images allow observation of such interaction, which is a huge advantage over inferences made solely from laboratory tests. Common assumptions about fluid flow mechanisms and wettability have been shown to be wrong by digital rock analysis. If a rock is composed of minerals that exhibit different wettability characteristics, the ability of fluids to maintain connected filaments and continue flowing is affected by the fabric of the rock and distribution of those minerals. The amount of recoverable oil also is impacted—oil-wet surfaces cling to the oil; altering wettability with surfactants frees more oil and increases oil recovery. Surfactants are an expensive component of completion and waterflood injection fluids, so the type and concentration of surfactants must be optimized for the best economic returns. Understanding wettability at the pore scale and its distribution in terms of mineralogy of the rock is a first step toward such optimization.

Greater Monument Butte Field
Many oil and gas fields in the western U.S. produce hydrocarbons from discontinuous sandstone reservoirs. One example is the Greater Monument Butte Field (GMBU) in the Uinta Basin in northeastern Utah, which had more than 5 Bbbl original oil in place. The paraffinic nature of the oil means that hydrocarbons in the subsurface can exist in solid, liquid and gas phases. The variability in both hydrocarbons and reservoir quality pose significant challenges to log interpretation of hydrocarbons in place and reservoir flow characteristics. The GMBU sandstone reservoirs are highly variable in rock quality, mineralogy, clay types and volumes, and wettability.

In this study, conducted by Newfield, high-end well log suites including NMR and dielectric logs were used to estimate rock properties and fluid distributions. Unambiguous interpretation of such log data was not possible without understanding controls on wettability distribution because there is not a unique interpretation of fluid type from responses on NMR logs. Water, oil and gas saturations estimated from logs did not match produced fluids.

To understand the log data patterns illustrated in Figure 1, particularly in quantifying the amount of clay-bound water and producible water, the study integrated pore-scale imaging, coreflood NMR experiments and downhole NMR logging. The goal was to optimize primary oil production as well as to increase secondary recovery from waterflooding. 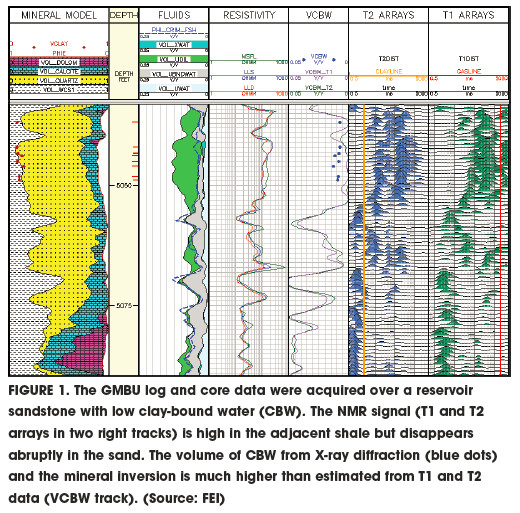 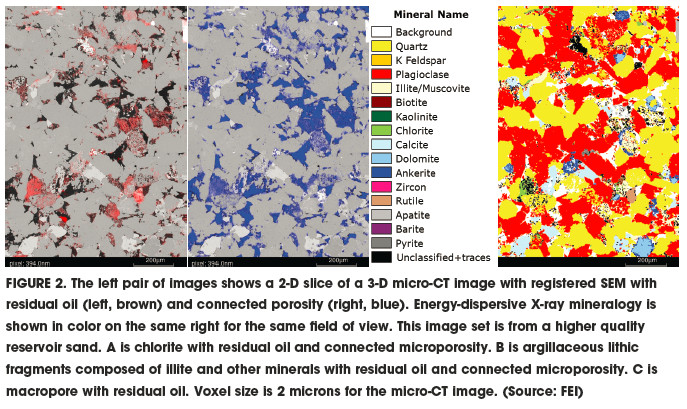 Results of the study indicated a far more complex pore-scale view of wettability and fluid distribution than was initially assumed on the basis of log analysis alone (Figure 3). Nearly all of the reservoir zones have some mixed-wet pores at micro- and macroscales. The sandstone intervals vary in the proportions of macroporosity and oil wetness, which are related to rock quality and mineralogy. This project serves as a case study and analog for other tight reservoirs where mixed wettability exists and exerts a strong control on locations of oil and water in such reservoirs.

Acknowledgment
This article is based on a paper in Petrophysics (August 2015), “Subsurface Fluid Characterization Using Downhole and Core NMR T1-T2 Maps Combined with Pore-scale Imaging Techniques.” It won the SPWLA Best Paper Award for 2015.

APX Energy LLC retained EnergyNet for the sale of a package of nonoperated working interest plus proved undeveloped locations in Illinois and Indiana through a sealed-bid offering closing Dec. 9. 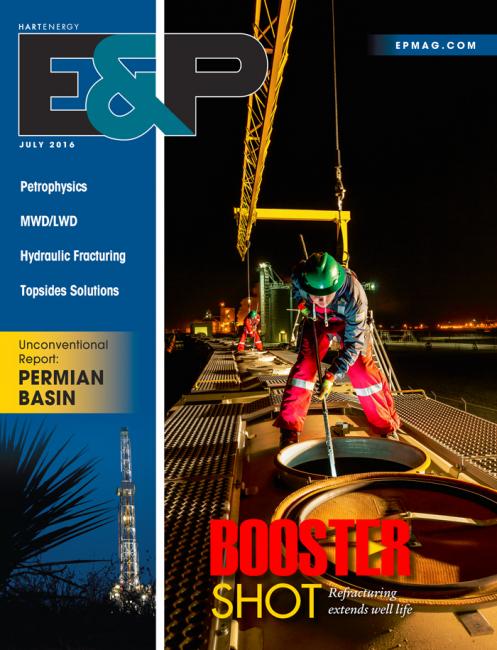