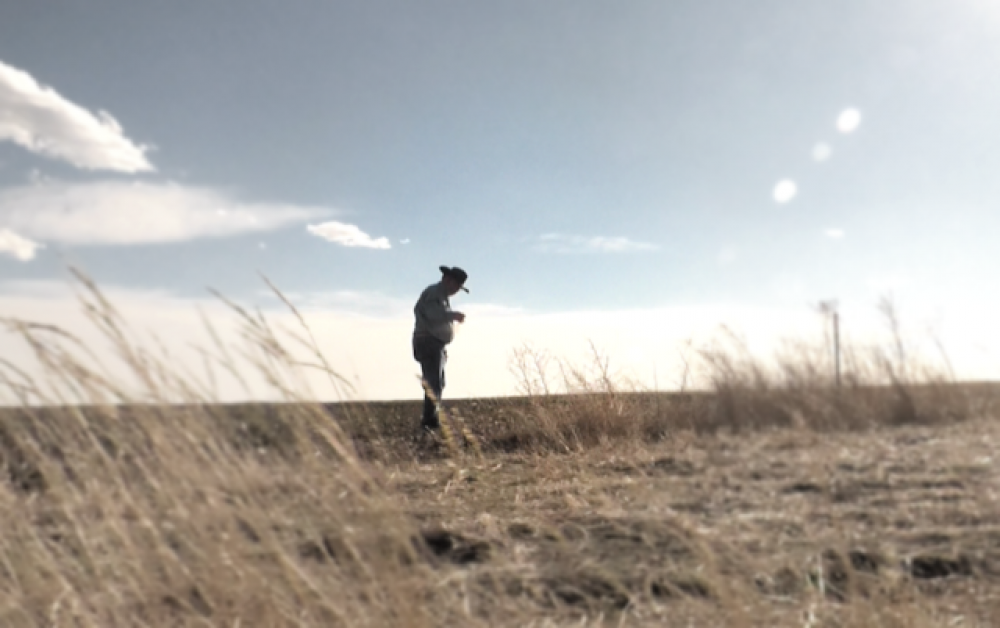 The new midstream partner is agriculture, according to Robitaille. This helps the soil and air, improves landowner/producer relationships and creates tangible ESG solutions for the oil and gas industry. (Source: EGETL)

Could produced water, which starts out loaded with hydrocarbons, total dissolved solids, salt and other impurities, ever become an agent for soil health, carbon capture and—lush greenery in the desert? New methods combined with a previously dormant treatment technology promise to make that vision a reality.

The Industry Struggles with ESG and Carbon Offsets

Initiatives aimed at offsetting carbon emissions with plant-based programs are gaining steam in the oil and gas sector. Larger firms budget hundreds of millions of dollars to reforest giant swaths of Europe and elsewhere. Smaller companies struggle with ways to reduce their own carbon footprints.

The irony here is that those very oil companies—all sizes—produce millions of gallons of water every year across North America. Much of that production arises from arid lands west of the Mississippi—regions desperately needing that water to restore soil health and grow rangeland plants and crops, such as cotton and alfalfa. Correctly done, rejuvenating these soils could greatly increase carbon capture.

The catch: could that produced water be economically cleaned to the point it would be safe to use on the land? And beyond good water, what other soil management procedures are needed to achieve the carbon capture best practices?

Current water treatment and reuse options account for only about 10% of produced water, mostly limited to hydraulic fracturing. The other 90% is simply injected in saltwater disposal wells or evaporated.

With the ultimate goal of making useful application of produced water, Wyoming-based Encore Green Environmental Technologies and Licensing (EGETL) recently purchased the NOMAD desalination system and equipment from XRI/Fountain Quail. Fountain Quail developed NOMAD in the late 1990s and used it to treat more than 30 million gallons of produced water.

What part does desalinated water play in carbon capture? EGETL sees it as the final treatment step in a larger mission.

The company was formed to solve three main issues: To help producers manage produced water; to provide soil health assistance for 21st century landowners in arid oil producing areas; and to restore the sometimes acrimonious relationship between landowners and E&Ps.

Treating produced water all the way down to desalination is the foundation of soil healing. But with traditional methods, it’s too costly to solve remediation issues for producers. Disposal would be cheaper.

NOMAD provides EGETL a proven way to meet both needs, and on the very land from which the water is produced. The company is currently licensed to do this in Wyoming, and is working toward similar permitting in other states. In adding updates with the latest technology, EGETL is renaming the system NOMAD Excel.

During the rise of hydraulic fracturing in the late 1990s and early 2000s, the demand for fresh water rose dramatically. Producers soon became concerned about the availability of groundwater—and their public image as they competed with municipalities and landowners for a precious commodity.

In that milieu, Fountain Quail’s engineers discovered how to overcome the biggest issue with desalination—its high cost.

Most contemporary systems attempted to use filtration, but produced water had much more than just salt. It often contains large amounts of TDS, TSS, sand and other substances fouled filters and clogged equipment. This created downtime as the entire frac process often had to be stopped during a filter change. Supplies were also costly.

More efficient desalination systems use heat to evaporate, then condense water, leaving impurities behind. But the energy required to create this heat is too costly to make it a good business decision. It was here—heat conservation—that Fountain Quail’s engineers found the solution.

They developed a three-stage heat recovery process that allows the unit to run continuously without further input after using being heated at startup. Fountain Quail used this to successfully treat more than 30 million gallons of water over several years.

Eventually the frac industry realized that they needed more water, and to achieve that they could indeed use brine. This left NOMAD temporarily on the sidelines as XRI and Fountain Quail joined forces in 2019.

Today, desalination is the last step in a process that first removes oil, TDS, etc. Because the system now known as NOMAD Excel is not affected by organics in the feed water, it eliminates the need for costly oxidative pre-treatment. Scale inhibitors may be required if sulfate scale is expected in the waste brine system.

Previously EGETL had been working with third party desalination companies, which created several obstacles. Finding that NOMAD—its equipment and its process—was available for a low price due to its inactivity allowed them to bring the process in-house. EGETL received the benefit of years of research, along with equipment investment, for pennies on the dollar, making it extremely economical for clients. With some tweaks and updates, the new system will be ready for use.

So, who are EGETL’s clients? The company considers itself an “agriculture midstream company,” a sort of alternative midstream option, although they are happy to work with existing midstream companies. The goal is to create a working relationship between producers and landowners that gets each what they need. For producers, that’s a way to economically handle their produced water. For landowners, it’s a resource that can become part of the payment and add stability to their operation by having a consistent water source to make it through dry years.

EGETL uses water and, where available, flare gas to negotiate a service use agreement that can result in the landowner taking less cash in exchange for first right of refusal for any excess water from wells on their property.

To achieve their goals of using produced water for soil recovery, the company created two 501(c)(3) organizations: The Carbon Asset Network (CAN) and Synergy for Ecological Solutions (SES). Those 21st century landowners are CAN’s target group. They’re an emerging cadre of caretakers seeing their role differently than their predecessors.

No longer satisfied to receive a check or simply argue for a better deal, the new era of landowners looks for a more lasting return. In the pioneering tradition of their ancestors, their new frontier pushes new methods of restoring rangeland soils to greater health and sustainable productivity. This goes beyond counting carbon credits—which CAN does not do.

CAN’s role is to partner with growers, learning the specifics of their soil’s current condition and connecting that to the grower’s goals. CAN’s agronomist takes soil samples from two depths: 0-6 inches and 6-24 inches to determine organic carbon, nutrients and other soil parameters in both depths by a certified laboratory. Using the well-established Haney test, a soil health score is determined for the 0-6-inch depth. The agronomist and the grower collaborate to develop a unique plan of action to increase soil health based on data and the grower’s goals.

These samples will be retaken annually in the fall to monitor progress.

CAN is an alternative to carbon credit programs. Most of those require long term commitments (usually 10 years), and their soil evaluations are done by satellite imagery with computer analysis, which cannot reach beyond the surface. Payments to growers are based on an increase in soil organic carbon. A grower may be required to pay money back if carbon declines. The CAN program is for 12 months and uses on-the-ground soil monitoring to two feet to quantify results. Involvement with CAN is fully voluntary and can be terminated at any time. Money paid to landowners by CAN is not based on carbon increase but efforts to improve soil health, which in turn will improve soil carbon and the environment.

Often, soil renewal efforts cost money that growers may not have. Synergy for Ecological Solutions steps in at this stage. It takes voluntary donations from individuals and companies who are genuinely interested in soil health and naturally improving air quality, but who may not have a direct opportunity to do something about that.

Donations there are applied to CAN’s work, upon evaluation of the need.

The new midstream partner is agriculture. This helps the soil and air, improves landowner/producer relationships and creates tangible ESG solutions. All these benefits can boost investment and help satisfy board members’ concerns.