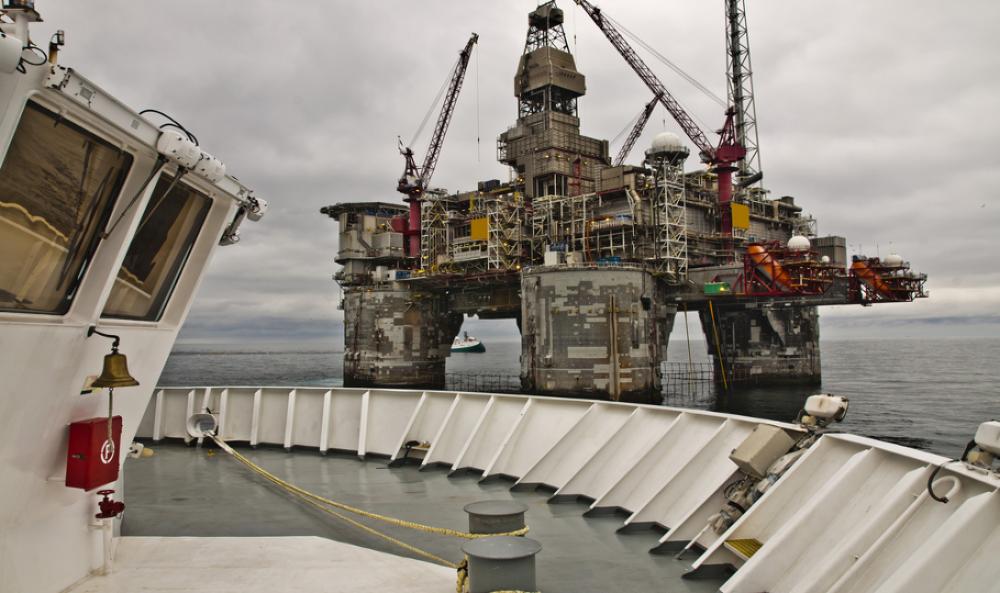 To respond to that need, Dolphin Geophysical has been experimenting with new ideas that will hopefully provide better seismic data acquisition techniques at less cost and with less environmental impact. During the “Recent Advances and the Road Ahead” session Oct. 19 at the Society of Exploration Geophysicists (SEG) annual meeting, Shuki Ronen of Dolphin outlined three such scenarios.

The low-pressure sources are intended to improve geophysical quality with better low-frequency content. Ronen estimated that these sources could add one-fourth of an octave to the frequency range.

They are also friendlier to the environment, emitting 12 dB less sound than their high-pressure counterparts. And unlike conventional airguns, there is no need for source motion corrections.

The idea is to design a source that uses a lower pressure, less than 1,000 psi, to create the source. To overcome the lack of impulse, the sources use large volumes of 6,000 cu. in. and larger ports, three times larger than conventional airguns.

So far the sources have been tested on a lake and show a good match to conventional airguns.

The rotating sensor concept is less evolved but basically takes four-component seismic to the next level by adding pitch, roll and yaw to the equation, effectively creating a seven-component source. Ronen said these sensors will enhance the ability, in processing, to separate wave movements.

In addition to better wavefield sampling, rotating sensors can be highly useful in earthquake detection since they can detect the arrival of body waves prior to the surface waves. There isn’t much of a time gap between the two, but even 30 seconds can be enough time to shut down facilities that might be impacted.

They can also be used to monitor such phenomenon as streamer rolling in marine surveys.

The sparser long-offset WAZ concept is particularly interesting. Rather than using multiple source and receiver vessels, the concept would use one receiver vessel surrounded by a swarm of unmanned source vessels. The benefit here is mostly financial; Ronen said that the technical uptake would benefit full waveform inversion and tomography but not imaging. But it would result in shorter surveys with smaller crews.

Rhonda Duey can be reached at rduey@hartenergy.com.

Beacon E&P retained Meagher Energy Advisors for the sale of certain nonoperated assets in Oklahoma's Stack and Merge shale plays generating a cash flow of about $1.2 million per month.