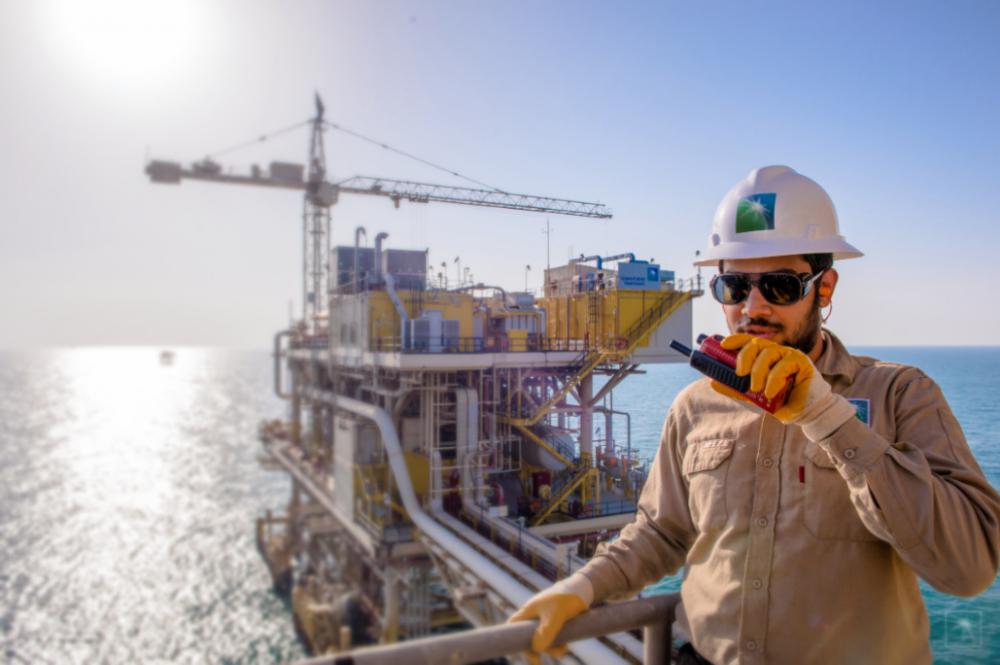 Saudi Arabia pledged to cut production voluntarily by 1 million bbl/d in February and March, as part of a deal by OPEC and allies, known as OPEC+, to avert an inventory build-up. (Source: Image of Tanajib, an oil complex located on the coast of the Arabian Gulf, by Saudi Aramco)

Top oil exporter Saudi Arabia has yet to demonstrate a curb in supply as large as its promised voluntary production cut, according to two companies that track oil flows, a view dismissed by Riyadh which says it is reliable.

Saudi Arabia pledged to cut production voluntarily by 1 million bbl/d in February and March, as part of a deal by OPEC and allies, known as OPEC+, to avert an inventory build-up as the impact of the pandemic lingers on world demand.

A record output curb by OPEC+ in 2020 has helped drive a recovery in oil prices to post-pandemic highs from historic lows last year. Saudi Arabia last week said it would extend the voluntary cut into April, sparking a further rally.

But oil flows from the kingdom as monitored by two companies, Petro-Logistics and Kpler, suggest a smaller decline in February.

“According to Petro-Logistics’ assessment and following discussions with sources and contacts in the market, our estimate for Saudi supply in February is a cut of around 600,000 bbl/d month on month,” Daniel Gerber, chief executive of Petro-Logistics, told Reuters.

Kpler also sees a smaller reduction, saying in a report that Saudi oil exports fell by 194,000 bbl/d in February while domestic inventories declined by 119,000 bbl/d, although it noted lower shipments towards the end of the month.

Saudi Energy Minister Prince Abdulaziz bin Salman Al-Saud was asked after an OPEC+ meeting on March 4 to comment on reports that the kingdom had not made the full February cut, and dismissed the suggestion.

“We did a voluntary cut—how on Earth would anybody question us for being reliable about it?,” he said.

Saudi oil exports do fluctuate, the minister said, adding they fall in the summer.

“Our exports do rise and do decline. The market trusts us, the industry trusts us, because we have proven we are trustworthy people.”

To be sure, tanker-trackers are assessing a different metric to production. Exports are not the same as production, and supply is usually defined as exports, plus domestic use in refineries and sales from storage.

While it is difficult for outsiders to check on countries’ production levels, exports as calculated using methods such as tanker tracking are taken by the market as an indication whether producers are delivering on production pledges.

Saudi Arabia usually gives an official monthly production figure a week or two after the month ends. February’s figure is set to be released in an OPEC report on March 11.

Petro-Logistics estimated Saudi crude exports declined by 300,000 bbl/d in February and refinery processing by about the same volume and said a further reduction may happen this month.

“The kingdom could provide larger cuts in March to compensate for missing its target in February,” Gerber said. “However, during its previous voluntary cut in June 2020, Petro-Logistics equally did not see the full impact in its data.”