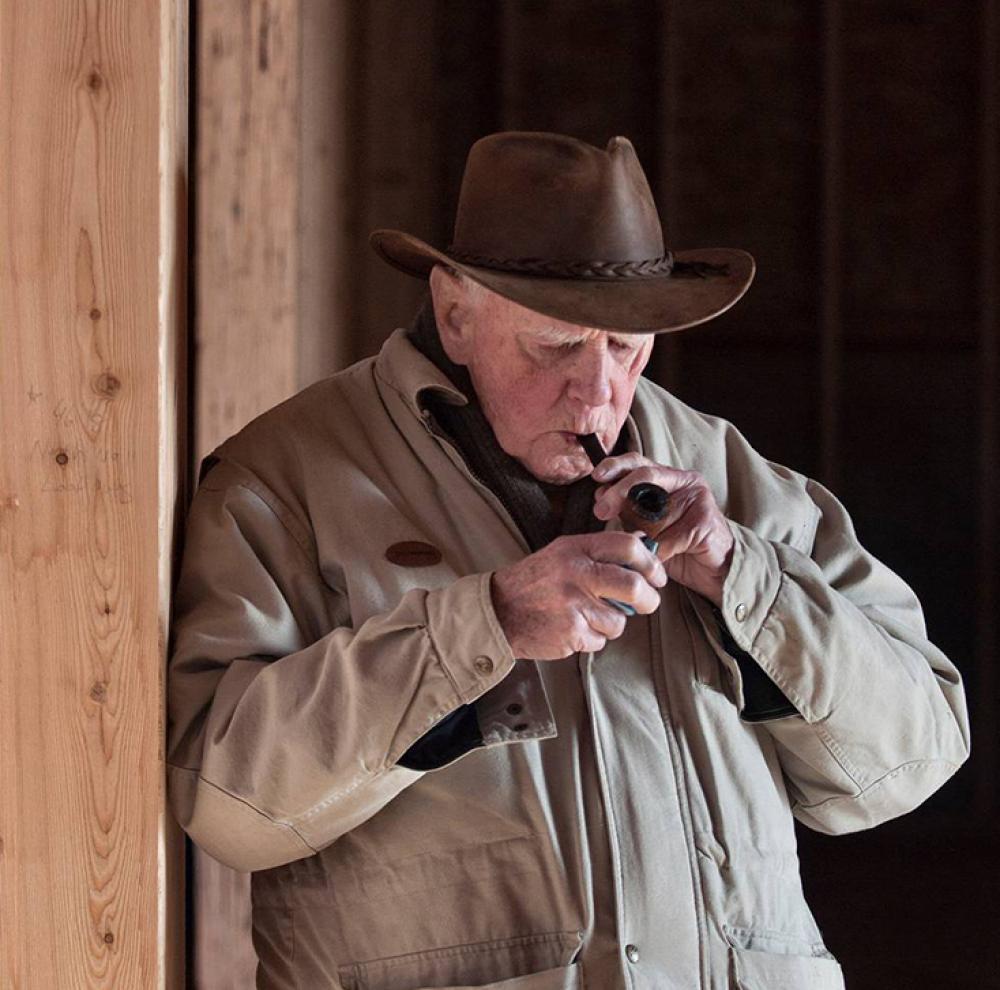 [Editor's note: A version of this story also appeared in the January 2019 edition of Oil and Gas Investor, which can be found here.]

Raymond Plank, the founder and former chairman of Apache Corp., passed away on Nov. 9 while at his beloved ranch, Ucross, outside Sheridan, Wyo. He was 96.

An avid reader to the end, growth and learning were two words that cropped up again and again when we last talked with Plank in 2012, upon publication of his memoir, “A Small Difference.” He had a remarkable career that spanned more than 50 years.

“For the many of us at Apache who knew him, and the many more whose lives he touched, we remember Raymond as a visionary leader and a strong, passionate and caring man. His leadership, courage, generosity and integrity are central to the core values he instilled at Apache, and they continue to guide us today. We send our deepest condolences to the Plank family," said Apache Corp. CEO and president John J. Christmann IV, in a statement.

Born in 1922 and raised in Minneapolis, he was a bomber pilot in the Pacific during World War II before returning to the U.S. Three of the B-24s he piloted barely made it back and never flew again, relegated to being a source of parts.

Exiting Yale in 1946 with a bachelor of arts, majoring in international relations, he formed a small bookkeeping, tax and accounting firm in Minneapolis. It was transformed when he started managing oil and gas investment partnerships at the request of some clients. The rest is history.

In 1956, Apache offered its first oil and gas investment program and was an industry leader in that until it dropped annual drilling program sales in 1986. Apache went public in May 1969.

Plank built the company beyond his wildest dreams, with a series of savvy acquisitions and drilling throughout the U.S. At one time, it was active in six countries, including in Argentina’s Vaca Muerta Shale. The company made a splash with some of the biggest acquisitions from the majors in the 1990s, obtaining mega-independent status and gaining superior positions in Australia, Canada and Egypt.

Its market cap reached $50 billion by 2008, his last full year as chairman. He retired in January 2009. Along the way Apache innovated as the first to create a master limited partnership in the mid-1980s, and the first to leave it when oil and gas prices collapsed and tax laws changed in that decade.

Plank received much recognition through the years and served on numerous civic, charitable and industry boards. He was honored as CEO of the Year three times by the Wall Street Transcript, and was named among Hart Energy’s 100 Most Influential People of the Petroleum Century, a special report published in 2000.

He was a man of varied interests, from flying his own plane, fishing and hunting, history, politics, the arts, and especially, education. In 1981, he created the Ucross Foundation on his 20,000-acre working ranch in northeast Wyoming: a group of old ranch buildings he restored became the site of a conference center and artist-in-residence program. Five Pulitzer Prizes, several Tony awards and some National Book Awards have been won by the artists who have stayed there.

He was called irascible, frank, a force of nature. He was always interesting. But service to others was a cornerstone of his life, following the advice he received from his father at age 10, to make “a very small difference on behalf of others.”

The diary he kept from age six formed the basis of his afore-mentioned memoir, which detailed his childhood, war service, education, and how he grew Apache through times of diversification into real estate and other industries, but then, always coming back to focus oil and gas.

He described key deals that made the company, the politics of management transitions along the way, the pros and cons of acquire-and-exploit versus drilling big discoveries.

His dreams for growth, corporate and personal, always led to hands-on philanthropy. Among the many charitable causes he created, Apache built 203 one-room schools to educate young girls throughout Egypt, and Apache also endowed the Fund for Teachers, which has supported more than 5,000 U.S. teachers with stipends and sabbaticals.

“It’s not about what we get; it’s about how we get it and how we use it,” he wrote. “It isn’t what we inherit or pursue; it’s about whether and how we elect to grow. It’s been a superior life and it’s continuing. Lifetime learning is so important. If I weren’t learning I wouldn’t be around, because it’s my mind which allows me to still get around. I’ve probably read 1,000 books so far this year,” he told Investor in 2012.