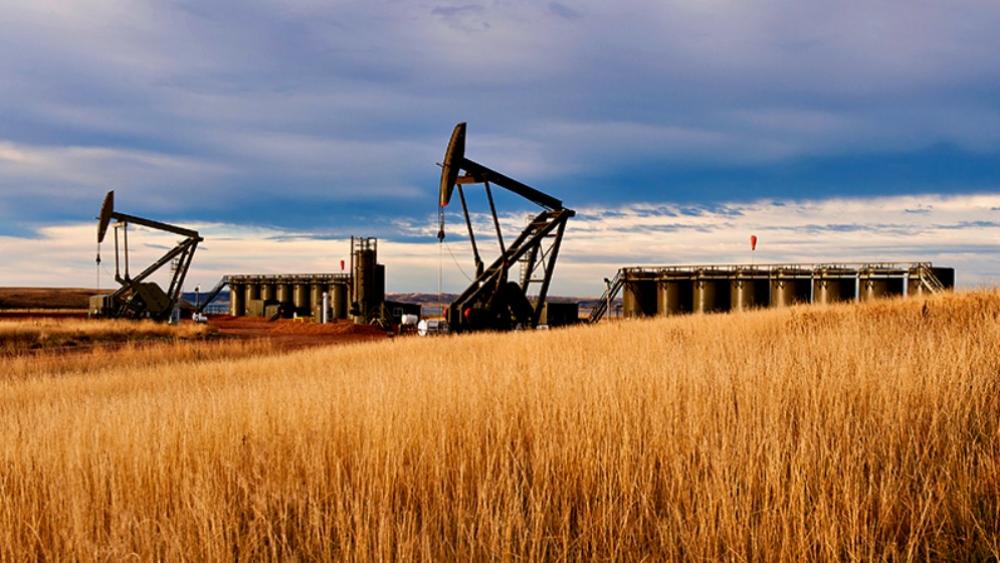 The acquisition of QEP’s foothold in the Williston Basin by Vantage Energy, a SPAC formed by NGP and industry veteran Roger Biemans, is set to create a Bakken pure-play operator. (Source: QEP Resources Inc.)

[Editor's note: This story was updated at 12:01 p.m. CST Nov. 7 to clarify the transaction’s financial advisers.]

Blank-check company Vantage Energy Acquisition Corp. (NASDAQ: VEAC) has landed on the Williston Basin with an acquisition of QEP Resources Inc.’s (NYSE: QEP) foothold in the play for up to $1.725 billion in cash and stock.

Vantage Energy Acquisition is a $560 million special purpose acquisition company, also known as a SPAC, formed by NGP and industry veteran Roger Biemans. The company said Nov. 7 it will acquire the entirety of QEP’s Williston Basin assets in North Dakota and Montana, which includes the South Antelope and Fort Berthold leasehold and various mineral interests.

The acquired assets consist of more than 100,000 net acres in the core of the Bakken and are currently producing at the rate of 46,000 barrels of oil equivalent per day. 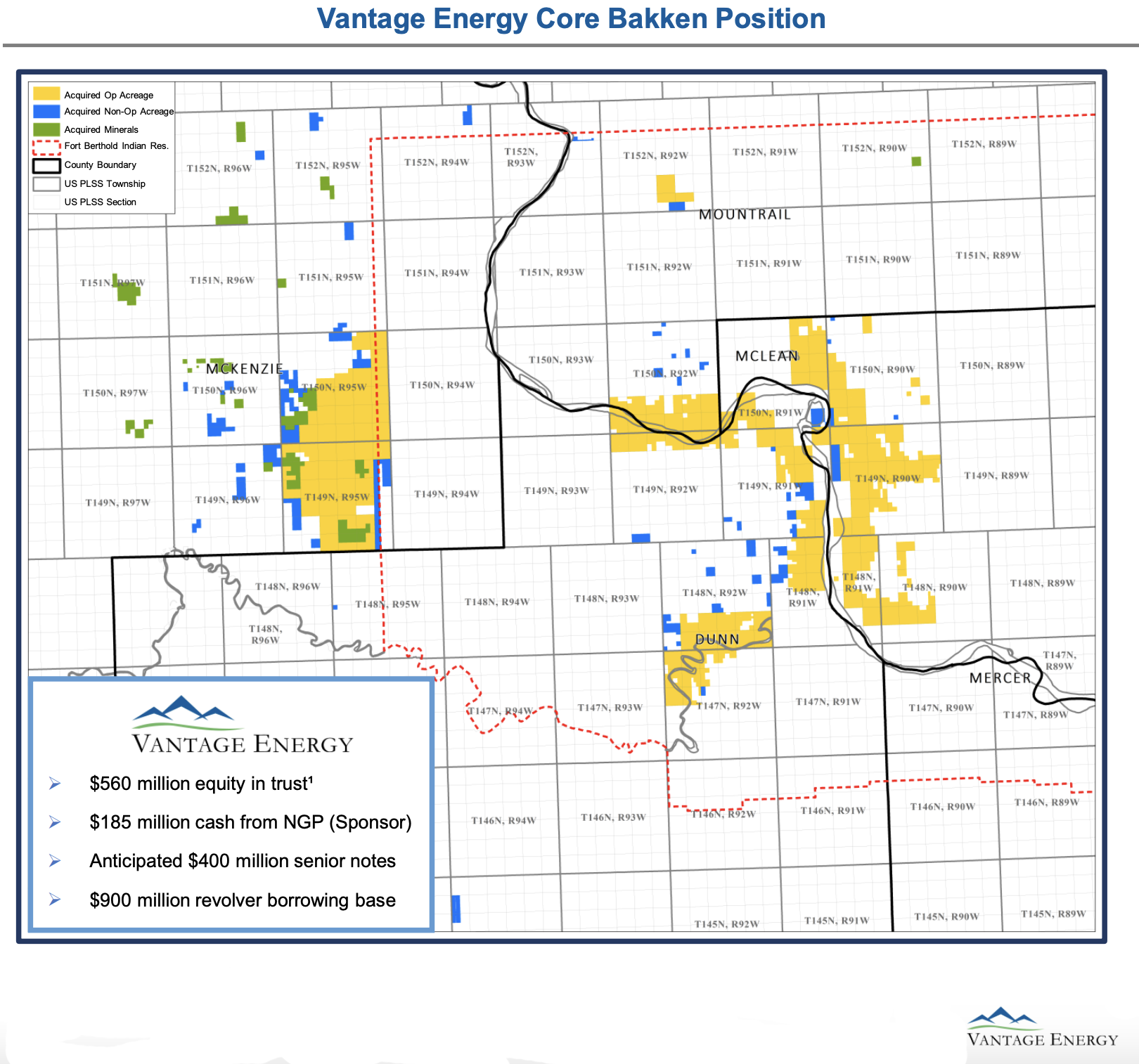 As as a result, the transaction will create a large-scale, pure-play Williston Basin operator named Vantage Energy Inc. and led by Biemans as chairman, president and CEO. The company’s anticipated initial enterprise value is $1.52 billion.

QEP, on the other hand, will retain positions in the Permian Basin, Haynesville/Cotton Valley play and Uinta Basin.

QEP CEO Chuck Stanley said the transaction with Vantage marks a milestone in the company’s strategy of simplifying its asset portfolio to become a Permian Basin pure-play operator with a more oil-focused portfolio.

“We intend to use the proceeds from asset sales to fund the ongoing development of our core Permian assets, reduce debt and return cash to shareholders through a share repurchase program,” Stanley said in a statement.

Vantage was formed in early 2017 by Biemans with the intent to build a premier pure-play operator. Biemans, who sold the company’s predecessor in 2016 to Rice Energy for $2.7 billion, also previously served as the president of Encana Corp.’s U.S. affiliate.

Following Vantage’s IPO in April 2017, the company evaluated numerous opportunities and ultimately decided to pursue QEP’s Williston Basin assets given its ability to achieve its stated IPO goals at an attractive entry price, according to the Vantage press release.

“Since our IPO, the Vantage team has evaluated opportunities across North America with a relentless focus on resource quality and equity value creation,” Biemens said in a statement. “With this acquisition, we believe we have delivered on our IPO goals by acquiring assets in the core of a world-class oil resource play with a strong production base and significant projected free cash flow growth for years to come.”

The purchase price of the acquisition with QEP is comprised of $1.65 billion in cash and contractual rights to receive up to $50 million and $25 million in Vantage common stock if the daily volume weighted average trading price of Vantage’s common stock for 10 out of 20 consecutive trading days is at or above $12 per share and $15 per share, respectively.

QEP will be entitled to the equity consideration if the share price thresholds are met at any time during the five year period following closing of the transaction, the release said.

Vantage plans to finance the acquisition using a combination of $560 million in cash from the SPAC IPO, $185 million in proceeds from an equity issuance and roughly $642 million debt at closing. Debt will be comprised of a $400 million bridge to a proposed bond offering and $242 million drawn on a $900 million credit facility.

The transaction has an effective date of July 1 and is expected to close late in the first quarter or early in the second quarter of 2019. 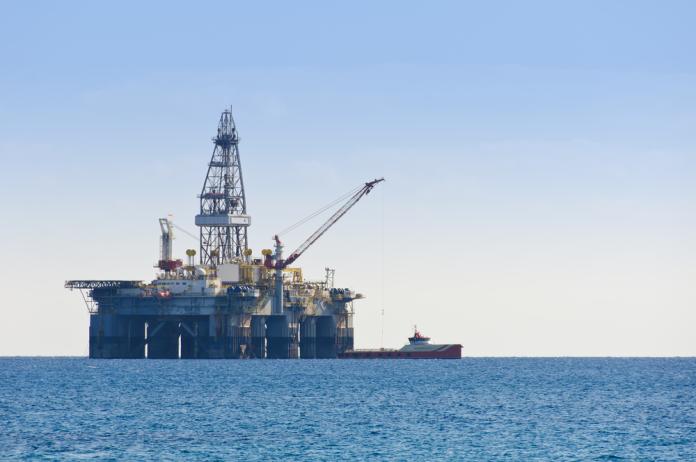 Israel’s energy officials believe a deep oil system could extend across an area where it is offering blocks to prospective oil and gas developers.