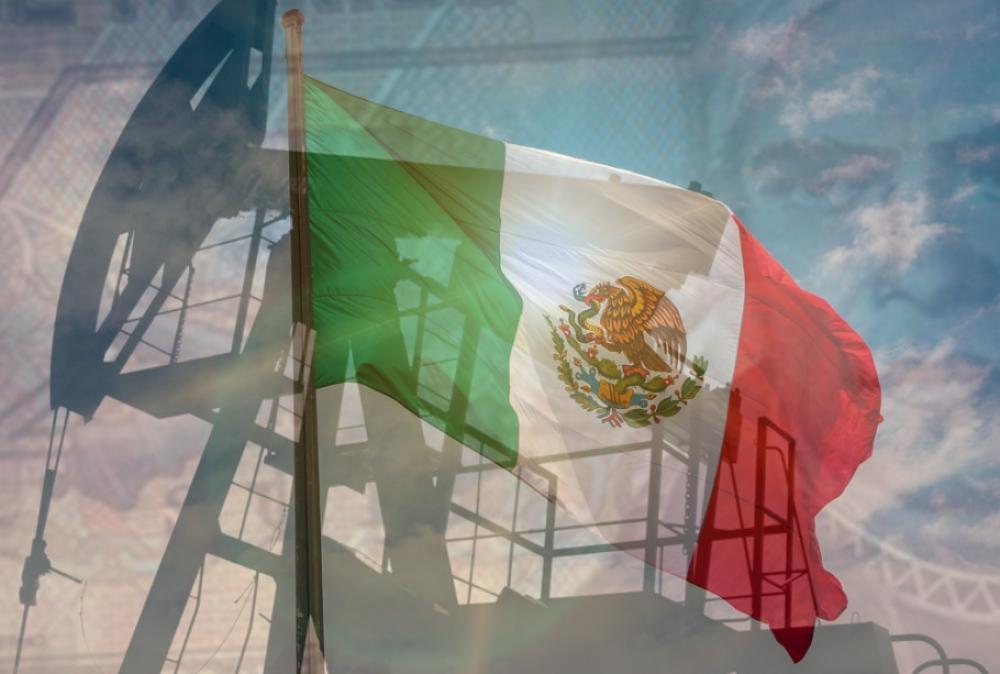 Opening the energy sector to foreign investors gave Mexico hope to reverse declining production and improve its economy, but politics and public opinion could alter the course or pace of the effort.

HOUSTON—Some consider Mexico’s unfolding energy reform a success, having attracted billions of dollars in new investment and nearly 70 companies after welcoming the world’s oil and gas players to its turf.

However, success is in the eyes of the beholder.

While the country’s energy reform is seen outside of Mexico as a model that others should follow, some Mexican citizens and critics see it as a failure, according to Lourdes Melgar, former deputy secretary of energy for hydrocarbons in Mexico. Politics may be to blame.

Problems stem from how the reform was sold by the government and supporters before the reform gained approval in 2013. Selling points—such as saying Mexico would be producing 3 million barrels per day (bbl/d)—sounded good politically but didn’t have a technical basis, said Melgar, now a research affiliate for Massachusetts Institute of Technology’s Center for Collective Intelligence.

“Any technical person and petroleum engineer knew that that was not going to happen,” she said during a recent event hosted by Rice University’s Baker Institute for Public Policy. “But that was sort of like the selling point,” others being electricity rates would decline but there have been fluctuations.

Mexico has been dependent on others to help meet its energy needs as oil and gas production under state-run Pemex’s reign has steadily declined. Pemex recently reported that its 2017 crude output fell by about 10% to average 1.948 million bbl/d compared to 2016.

Opening the energy sector to foreign investors gave hope to reverse this trend as new players worked to develop the country’s hydrocarbon resources, sparking investment and boosting the economy.

But anyone who knows anything about the oil and gas business knows that change never happens overnight. Projects spend years in the planning and design phases, oftentimes taking five to 10 years from discovery to first oil. Plus, global market forces combined with the give and take of supply and demand could alter the pace of plans or halt them altogether.

Mexican citizens could take their frustrations on the issue—and more pressing ones such as crime and corruption— to the polls July 1 when they elect a president and fill more than 3,400 other positions. Leftist candidate Andrés Manuel López Obrador appears to be the frontrunner in the presidential race as the ruling Institutional Revolutionary Party candidate, José Antonio Meade, loses ground to Obrador and center-right National Action Party candidate Ricardo Anaya Cortés, according to a Reuters report that cited a Mitofsky survey published in Mexico’s El Economista newspaper.

López Obrador has signaled that he wants to review recent oil contracts, which could make international investors skittish. About 90 E&P contracts have been awarded to oil companies via eight auctions held since the reform.

Miriam Grunstein, chief energy counsel for Brilliant Energy Consulting and a nonresident scholar for the Baker Institute’s Mexico Center, said she is concerned about whether there will be continuity or disruption to energy reform passed under President Enrique Peña Nieto’s watch. She doesn’t think political parties in Mexico believe in markets.

“They believe in keeping people happy, and people are not happy right now,” Grunstein said.

Appeasing the people could lead to their satisfaction if the benefits trickle down to them as promised. But it could also lead to more of the same issues.

Pemex could be given more entitlements, which require no competitive process for contract awards, more Mexican businesses could be favored over others reducing competition or stronger local content requirement could be required although the domestic industry isn’t ready yet, Grunstein said, giving a few examples. “Mexico already has a problem with crony capitalism, and we don’t want that to be aggravated,” she said.

Plus, there are already “a lot of cooks in one kitchen” particularly with oil and gas E&P contracts, she said. The energy ministry establishes the technical and financial requirements for the contracts, while the National Hydrocarbons Commission awards the contracts and the finance ministry determines the economic formula.

Opposition within any of these departments could halt future bid rounds, Grunstein said, adding “the nation has a right to bid the contractual areas for oil and gas. It doesn’t have the obligation.” She also pointed out that the government has the right to unilaterally terminate a contract.

The reform was “based on the fact and belief that every single administration after this one would support the reform,” she said. The reform is still a work in progress, considering several aspects of the reform have not been implemented yet.

But the energy reform’s potential is staggering.

Pablo Zarate, the Mexico lead of strategic communications for FTI Consulting, turned to statistics from the International Energy Agency that the reform created demand for investment in the E&P space worth $640 billion.

“We’re talking about massive numbers here, massive transformation potential. But at the same time, it’s also very clear that those numbers are out there. They’re on the way to 2040,” Zarate said. “You can see how it could be frustrating to a Mexican voter to hear all these big figures, to hear all massive investment numbers and hear $150 billion worth of investment potential from the rounds that we’ve had so far and they go back home and say ‘I really don’t see a difference,’ and in a way they would be right.”

Jesús F. Reyes-Heroles, former CEO of Pemex and former energy secretary of Mexico, questioned whether the reform could have gained public support early if private companies were allowed to sell fuel in Mexico sooner rather than later. That part of the reform was pushed to the fourth or fifth year for implementation when it could’ve been more effective in the first year. People would have seen the impact immediately as competing fuel stations gave citizens a choice, he said.

Melgar responded, saying the timing was a compromise in part because Pemex didn’t want to lose business. When reform legislation is drafted, everything can be planned perfectly but getting it through congress and other big players require negotiation, she said.

Nonetheless, investment is starting to flow into Mexico.

So far, private companies may have brought about $1 billion of investment into Mexico, but companies are still in the exploratory phase, Zarate said.

Houston-based Talos Energy and partners Sierra Oil and Gas and Premier Oil have found an estimated 2 billion barrels of light oil offshore Mexico with its Zama-1 discovery in the Sureste Basin. Italy’s Eni has also struck oil in the Campeche Bay offshore Mexico in the Orca and Cinco Presidentes formations. Post-reform Pemex has also made a large oil discovery with its onshore Ixachi well, which is believed to hold about 350 MMbbl of proven, probable and possible reserves.

A few companies could make final investment decisions in 2018-2019 on discoveries made in Mexico since the reform. “It will be very interesting to see whether they move forward and move ahead full speed with it, which is a signal they are providing right now, or start to drag their feet a little bit around the electoral process,” he said.

Zarate admitted that it’s hard to assess how companies think about political risks in Mexico because of the ease of entering a Mexican E&P contract.

“If there is continuity, if we see the model really continuing to take shape in Mexico, we would be able to deploy these investments. But we need continuity,” he said. “So 2018 will start to provide a little bit of more detail into the thinking of the companies.”

The stakes are great, but so are the unknowns.

No one knows which presidential candidate will come out on top. No one knows who will show up to the polls to cast ballots. But it’s a given that energy is not a top concern, panelists admitted, pointing to a string of other issues that resonate with Mexicans regardless of income levels. Crime and corruption are among these defining issues.

Energy reform is secondary, Melgar said, adding “that is not where the discussion is.” People in Mexico are sick and tired of elites, and they are looking for answers—which appear to remain elusive considering many of the candidates haven’t given specifics on their policies, according to the panelists.

All seemed to agree that Mexico failed at explaining the benefits and process of the reform to Mexican citizens and government officials at the local and state levels.

The biggest wildcard of the upcoming election could be the nearly 13 million first-time voters.

Mexico has nearly 90 million potential voters and a participation rate of about 60%, or 54 million voters, Reyes-Heroles said.

Of those qualified to vote, Melgar added that more than 45% are younger than age 40. She pondered how their views of the world could shape the future of Mexico. “Will they vote or stay home?” 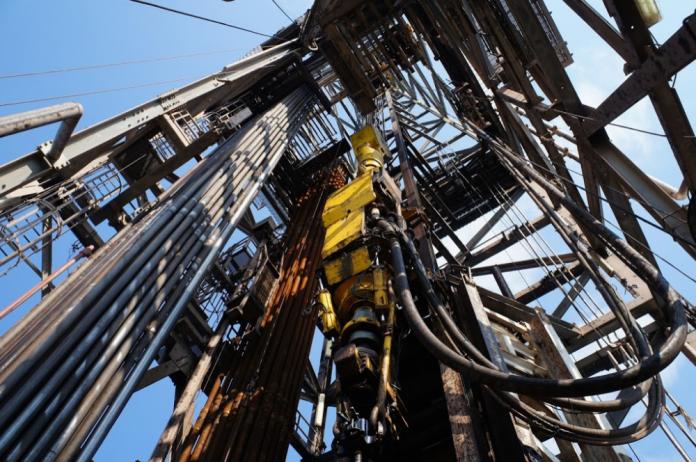 Patterson-UTI is counting on its balance sheet to get it through tough times and its technology to push toward potential market share gains. 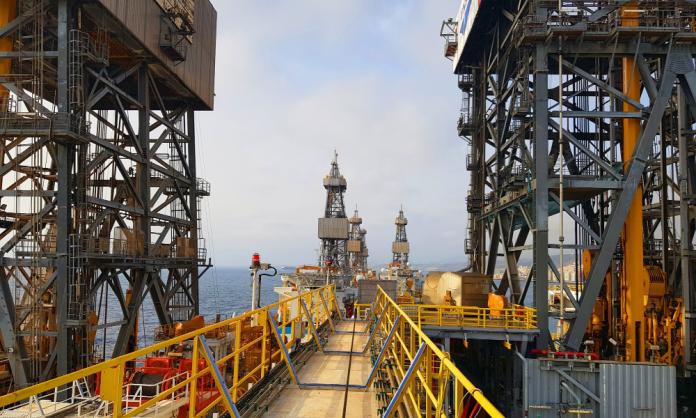