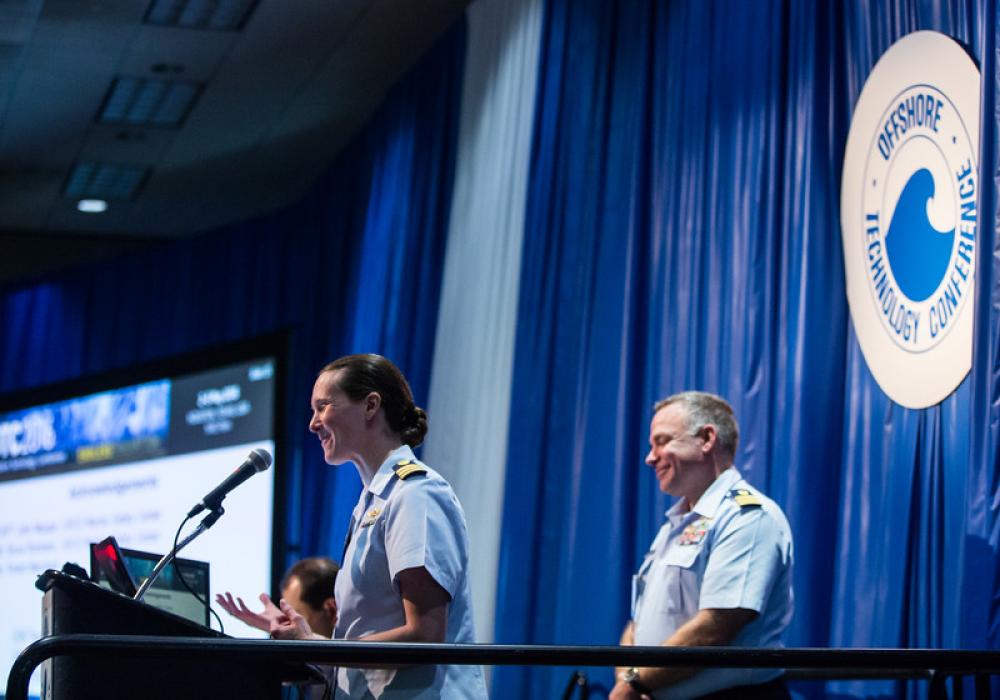 HOUSTON—The International Space Station, designed to provide a low Earth orbit home for scientific exploration, came with a “use by” date of 2015. Still in operation, however, its life expectancy has been extended to 2024 and a study is underway to see if the station can last until 2028.

Admiration for the talented engineers who built the enduring facility aside, does anybody really want to be aboard when the thing conks out?

A similar situation exists with floating offshore facilities. Unlike a vessel, they cannot be sent to dry dock and overhauled as they age, so developing strategies to keep them functioning for longer periods than expected and far from shore was a paramount concern addressed at OTC on May 2.

Two engineers with the U.S. Coast Guard, Cmdr. Tracy Phillips and Cmdr. David Martyn, who drew the comparison to the space station in their technical paper, concluded that most of the 44 offshore facilities in the Gulf of Mexico (GoM) are in reasonably good shape. Their findings, in “A Coast Guard Perspective: Evaluation of Continued Service Proposals for Floating Offshore Facilities,” were the result of a detailed analysis of Coast Guard inspection records of all facilities in the GoM except for the single FPSO unit and a mobile onshore drilling unit.

The authors found very few serious structural issues with individual facilities and believe that many are good candidates for continued service assuming that they sustain a robust maintenance and inspection program for their entire history. It is the unique nature of each offshore facility that requires a broad strategy in maintaining its structural integrity.

Phillips quoted Research Report 509 from the U.K.’s Health and Safety Executive, in a study of aging plants: “Aging is not about how old your equipment is; it’s about what you know about its condition and how that’s changing over time.”

The two proposed a strategy for the evaluation of individual facilities that incorporated:

“Our conclusion is that early engagement and close coordination are going to be key to success of this process,” Phillips said.

Continued advances in technology also can be expected to extend the service life of offshore facilities newly placed into service or still on the drawing board.

“If we could repeat this exercise 20 years in the future, we would expect that [failure probability] curve to be stretched out to the right and horizontally for two reasons,” Martyn said. “No. 1, some of the facilities designed today and being constructed today have longer design service lives. Also, the lessons learned from these early facilities are being incorporated into the new facilities, thus improving their reliability and reducing the likelihood of failure.”

Joseph Markman can be reached a jmarkman@hartenergy.com.

2022-04-11 - INEOS will develop a test shale gas site in the U.K. to show the British government that fracking is a safe and local alternative to importing gas from Russia.

2022-04-12 - The U.S. independent has started production from the Khaleesi-Mormont and Samurai fields.

2022-04-12 - In the three-year pilot stage, Chevron plans to invest $65.7 million to drill, complete and commission five horizontal wells in the Vaca Muerta Shale formation. In addition, the oil major will invest $13 million in infrastructure.