A slew of private equity-backed oil and gas companies have been put up for sale in the Canadian energy patch, as higher crude prices prompt buyout shops to exit and free some of their capital that was locked far longer than originally intended.

The sales are providing attractive opportunities for small and mid-cap Canadian oil companies to bulk up their operations, improving their chances to access debt and capital markets and cut costs through economies of scale.

An industry source, currently looking for takeover targets, said at least a dozen private equity-backed Canadian oil and gas assets ranging from CA$50 million (US$39.5 million) to CA$500 million are on sale.

Among these are Azimuth Capital-backed Corex Resources, Manitoba’s second-largest oil producer, which could be valued around CA$300 million, sources told Reuters. Another Azimuth portfolio company, TimberRock, and PFM Capital-backed Fire Sky Energy are also seeking buyers, according to sale documents seen by Reuters.

The uptick in junior companies for sale underscores how higher oil prices have created the best environment in more than seven years for private equity firms to cash in on Canadian energy investments.

“Everyone wants to see more size, more scale, more safety. That’s one of the driving forces as to why we are seeing more consolidation,” Barron said.

Buyout firms have sold around $2.6 billion worth of Canadian oil and gas producers so far this year, the highest level since at least 2010, according to IHS Markit. Those exits follow a wave of consolidation among Canadian companies after many global oil majors retreated from the Canadian energy patch over the past five years.

Public companies were the buyers in all but one of this year’s 10 largest energy deals involving a private Canadian seller, a review of Refinitiv data showed. Top deals included Tourmaline Oil’s CA$1.1 billion takeover of Black Swan Energy Ltd. in June and Spartan Delta Corp.’s CA$743 million purchase of Velvet Energy in July.

But the global oil price crash of 2014-15 led to Canada’s energy sector falling out of favor with international investors and a prolonged downturn forced many private equity firms to hold on to their investments.

“Because of low oil prices they did not have monetization options or exit routes in the last few years,” said Christopher Sheehan, director of M&A research at IHS Markit.

Vaccine rollouts to combat the pandemic and supply restraints by the world’s top oil-producing nations have pushed U.S. crude to its highest level since 2014, giving buyout firms a long-awaited exit window and making banks more willing to lend.

“Oil at $70 [a barrel] means banks are now breathing a lot easier, not as quick to apply pressure on certain companies—access to capital is much stronger than it has been in years,” said David Phung, CFO of Greenfire Acquisition Corp.

“I don’t think we are at the point yet where there is a flood but another $20 per barrel [rise] and we could be there very quickly,” Phung said. 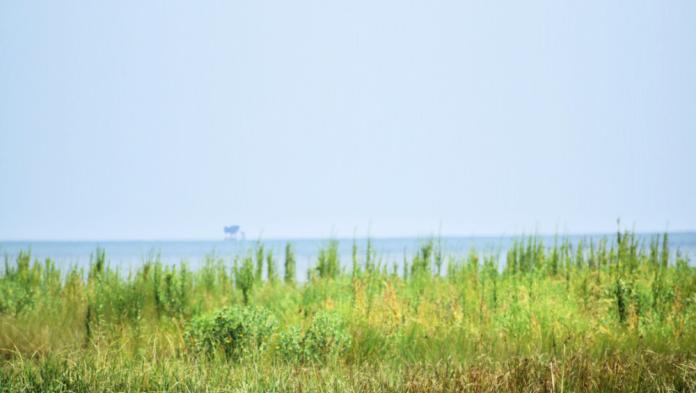 One of the U.S. Gulf of Mexico’s largest public independent producers, Talos Energy launched an initiative earlier this year to target carbon capture and storage opportunities along the U.S. Gulf Coast.