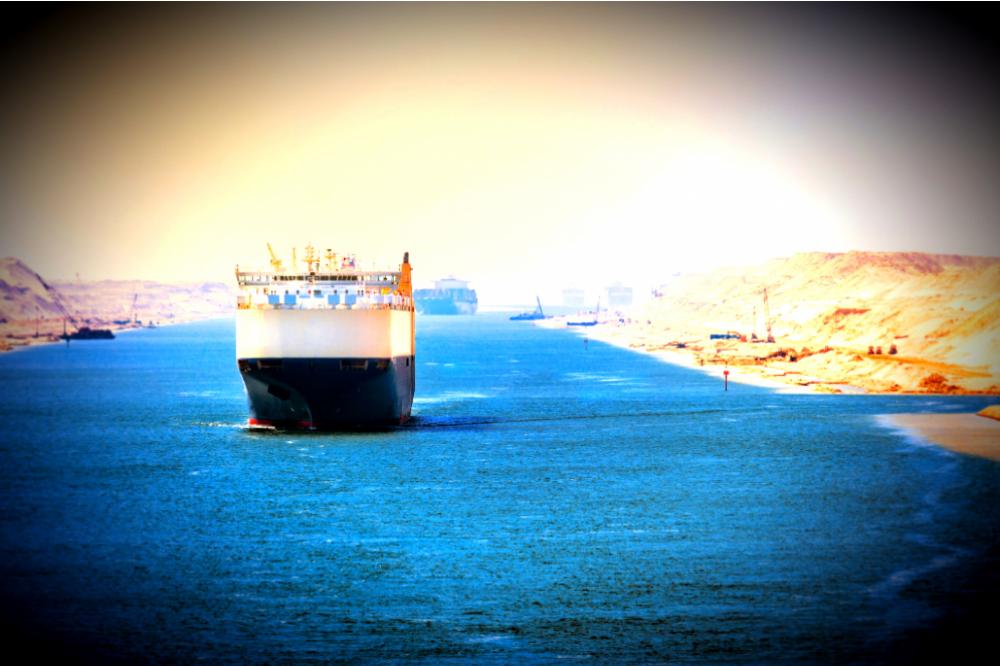 Ships passing through the eastern extension of the Suez Canal. (Source: Shutterstock.com)

Oil rose more than 2% on March 24 after a ship ran aground in the Suez Canal raising supply concerns, although fears of a slow recovery in demand due to European lockdowns limited gains.

The giant container ship that has been blocking the Suez Canal for more than a day has been partially refloated and traffic along the fastest shipping route from Europe to Asia is expected to resume soon, port agent GAC said on March 24.

“Price support is coming courtesy of a transport blockage,” said Stephen Brennock of oil broker PVM. “Yet market sentiment will likely struggle to shake off its newfound bearish trend.”

“The potential disruption to supplies has lifted prices,” said Jeffrey Halley of brokerage OANDA, referring to the Suez incident. “The reprieve seems temporary, though.”

Oil has recovered from historic lows reached last year as OPEC and its allies made record output cuts. But both benchmarks touched their lowest since February on March 23, hit by worries over the pace of economic and demand recovery.

Italy, France and other European countries have re-imposed movement restrictions. But German Chancellor Angela Merkel said she was reversing a decision for a stricter Easter shutdown. Germany is Europe's biggest oil consumer.

The official U.S. supply report is due at 14:30 GMT from the Energy Information Administration. Analysts expect crude stocks to decline by about 300,000 barrels.

OPEC and its allies, known as OPEC+, meet on April 1 to consider whether to unwind more of their output cuts. Given the latest price drop, the prospect of further easing is “zero at this stage,” Halley of ONADA said.