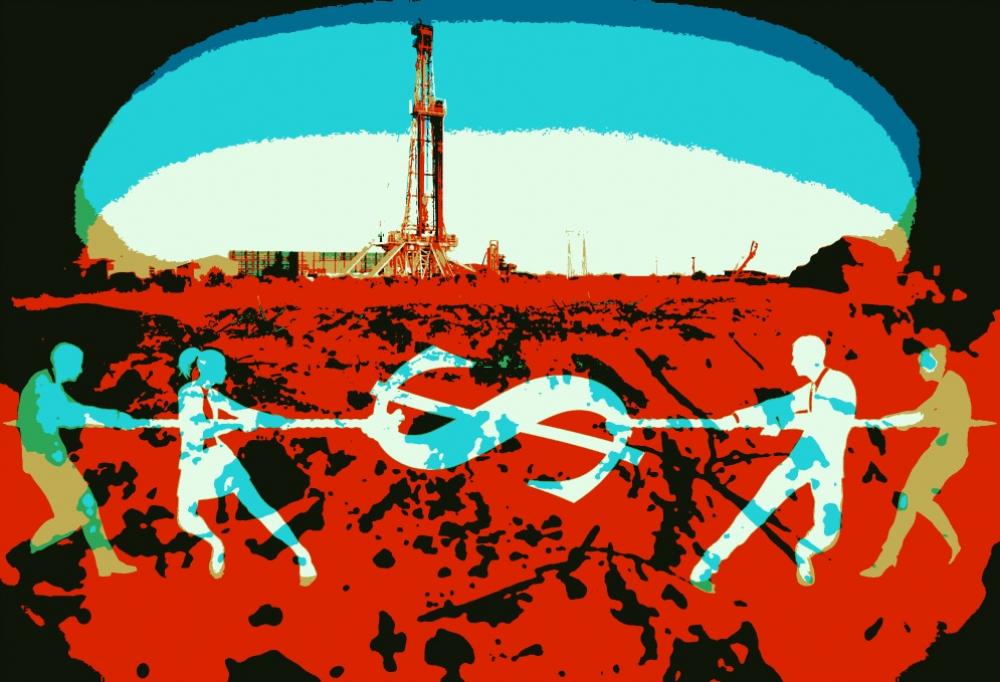 The emerging business to own and manage oil and gas mineral rights has turned into a ‘giant land grab’ as shale producers switch to manufacturing mode. (Source: Hart Energy)

DALLAS—It’s a new hot business in the energy space: owning and managing mineral rights. However, this line of work has quickly become competitive, a panel of mineral-rights buyers told Oil and Gas Investor’s A&D Strategies and Opportunities Conference on Oct. 12.

“You have to build and operate your business like an E&P,” Will Cullen, vice president of LongPoint Minerals LLC, told conference attendees. And like any successful growing producer, a mineral rights buyer “wants to be where the rigs are.” 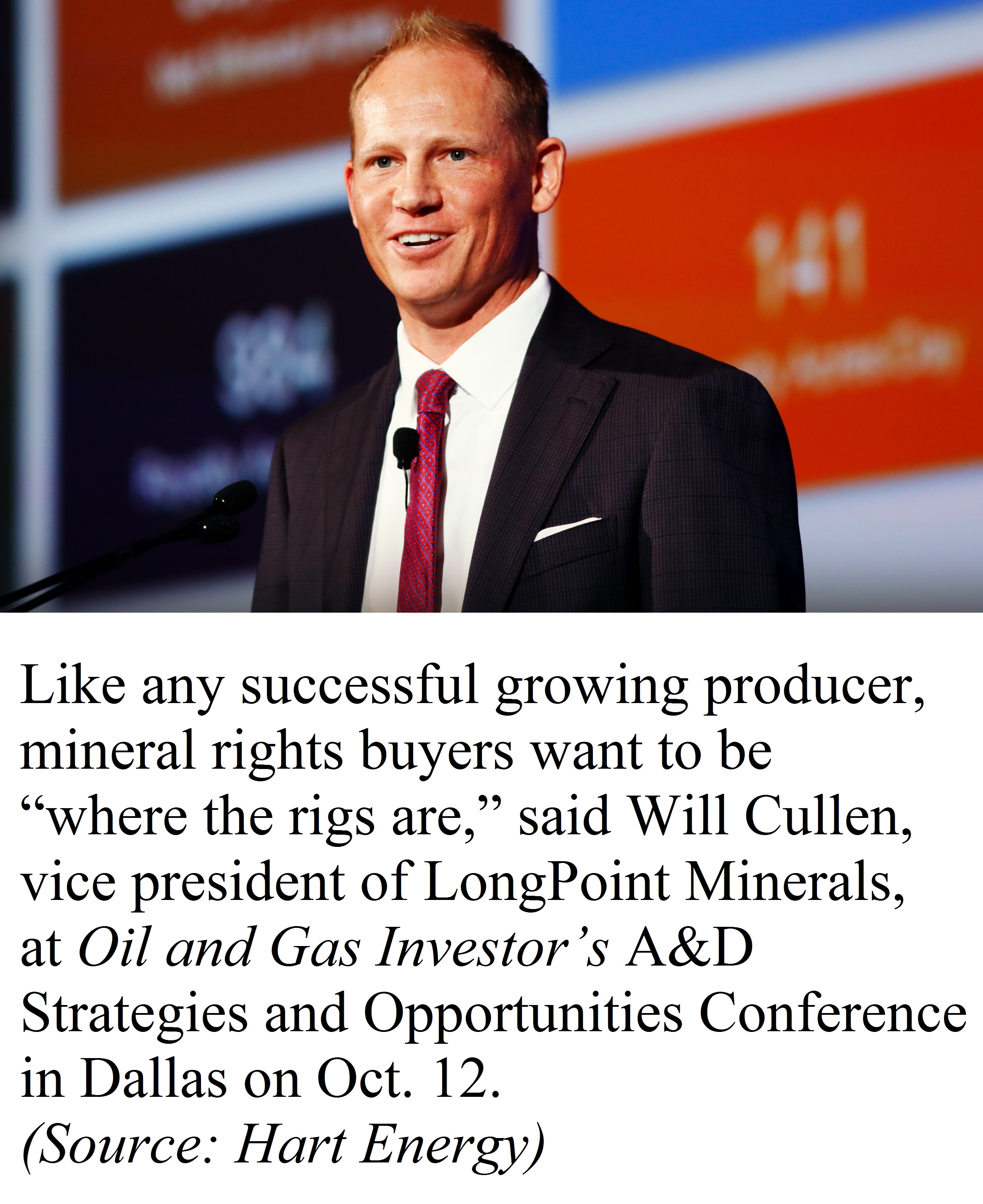 LongPoint holds about 41,500 net mineral acres with an estimated production of around 2,350 barrels of oil equivalent per day. Some 38 horizontal rigs operate on its acreage with 52 undrilled permits in hand with 173 drilled but uncompleted wells.

The Denver-based company, associated with producer FourPoint Energy LLC, makes it a point to hold interests where the upstream business is most active right now—the Permian Basin and the Midcontinent’s Scoop and Stack plays.

LongPoint’s growth has been rapid since the company opened for business in March 2016 with some 464 deals to date. “That works out to an acre about every 10 minutes,” he added with a chuckle.

“But we haven’t bought every deal that comes our way,” he said. “Some people think we spend money like a drunken sailor and that’s not the case, we have about a 17% hit rate [for successful bids]. We stay disciplined with our capital.”

LongPoint has had a large number of opportunities—more than 2,500 to date— screened on the frontend of its acquisition process. Each prospective deal is evaluated by technical analysis and economic valuation. However, competition by other firms, title problems and other issues prevent the capture of most prospective deals.

He added there is “a giant land grab” presently in the shale plays following their delineation in 2011-2014. The land grab has come because “it was not until recently that we saw people switch to a manufacturing mode” with their drilling programs.

Geology is highly important—as it is for producers—through it differs for mineral rights companies “because we don’t put things on a drilling schedule. We study the producers; we try to think like the operators,” Cullen said.

The end result is a value map, by section, that should accurately reflect how much the firm should pay for royalties. “You have to pay attention,” he said.

Although competition for attractive acreage is brisk, Roosa said the “minerals market is vastly underdeveloped” at this time.

Brigham currently holds 36,825 net mineral acres in five areas, the Denver-Julesburg (D-J) Permian and Williston basins, the Scoop/Stack and in Pennsylvania. Its largest block is in the D-J.

Roosa emphasized mineral firms must employ a bottom-up acquisition approach that utilizes a sophisticated technical staff. Properties also must “yield a large growth component,” he added. The model must include “perpetual optionality” on the geologic column with multiple pay zones and the potential for tighter well spacing.

Surface ownership can be attractive since it offers the potential for rights of way and logistics, fresh water and disposal wells and—in some locations—sand mining.

Like Cullen, Roosa agreed that “accumulation takes discipline” and purchases can only come after thorough analysis. Adding “Rome wasn’t built in a day,” he said Brigham Minerals is willing to take the time to aggregate small parcels. Larger prospects bring more interest from producers—and can increase the overall value of the mineral interests.

Roosa said private equity-backed minerals owners must consider an exit strategy. For Brigham Minerals, the company is likely to consider an IPO sometime after 2018 Though Roosa said “the future of where the minerals market is going” with Wall Street. But market investors may not yet understand what the business is or the potential returns it offers.

Paul Hart serves as midstream editor-at-large for Oil And Gas Investor magazine. He brings 40 years’ experience in all phases of the worldwide oil and gas industry–upstream, midstream and downstream – to the publication.

Shares of Whiting Petroleum have lost nearly 75% of their value this year amid weak oil prices and rising investor concerns over the company's ability to meet its debt maturities.

U.S. shale oil drillers could scale back investment in production more quickly than previously expected this year after prices slid for what had been a lucrative by-product.